All of us have linked bands and albums to various beloved moments of our lives that are usually traced in our first musical experiences. Thus, almost by definition, these albums and bands reserve a very special in our heart and mind. Personally, Exoristoi and their debut album will always “speak” in a very immediate and special way to me.

Needless to say that the announcement of the band’s return with a mini tour in Greece couldn’t pass unnoticed and so we counted the days so as to catch the first show in Athens. 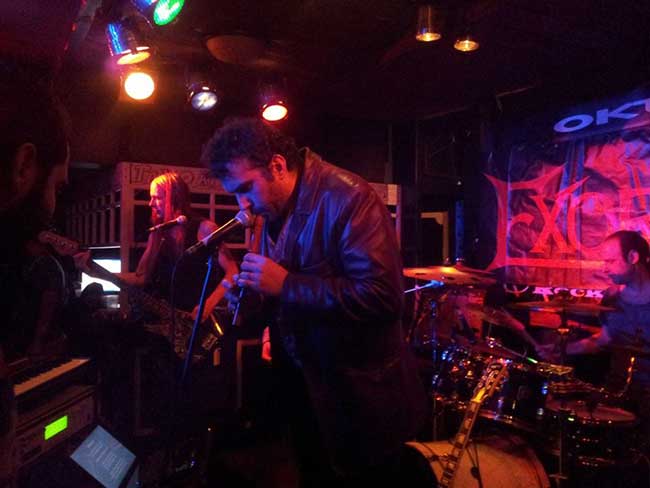 The really beautiful Architecture Club proved too small for the crowd that absolutely flooded in the venue to catch Demetrios Katis and the rest of the band in full live action. At exactly 23:00, Katis started playing the first notes of “To Spathi Tou Nikiti” amidst a total pandemonium. The fans were singing every single lyric and the new singer, Philippos Modinos, couldn’t believe what was taking place in front of him. I must say that Modinos is a phenomenal singer; he had absolutely no problem in interpreting the demanding epic songs and however attached I may be to the first line-up of Exoristoi, he is definitely the best singer the band ever had (together with Stelios Karpathakis). I am certain that as time goes by and with the addition of other shows, Philippos will gain more confidence and the band will get tighter.

For almost 130 minutes (!) Exoristoi covered their entire back catalogue although –as it was expected- they mainly focused on their magnificent debut record. Upon the sheer listening of timeless tunes like “Kano Mia Efhi”, “Sinora Pantou”, “Doxa Kai Timi”, “Glikia Parthena”, “Anna”, “O Theoi Tou Olympou”, “Iahes Thriamvou” etc., the reaction by the fans was thunderous, deafening and almost unbelievable! I was pleasantly surprised to see on the set list the song “Tou Dia I Orgi” but also “Oniro Palio” (on which Thanasis Papavasileiou appeared on stage as guest vocalist). 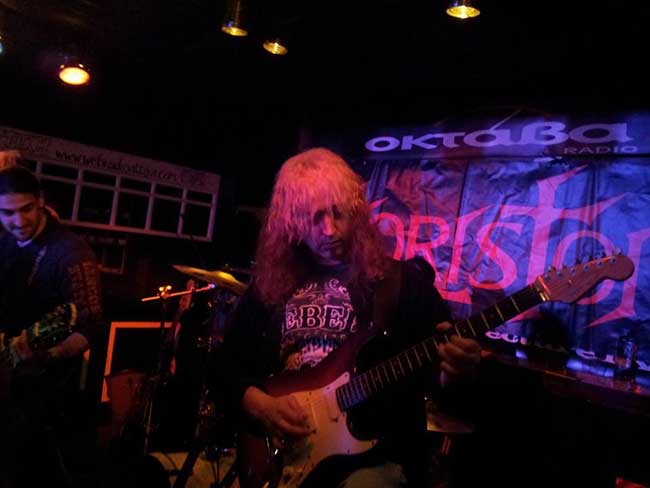 The absolute highlight of the show was of course Demetrios Katis that mesmerized us all with his astonishing musicianship, improvisation and feeling that brought back memories of the great performances by Ritchie Blackmore. My only objection would have to be the order of the tracklist. I’d prefer to listen to the classic songs on the end of the set. Small details…

I wish that we will see soon the band on stage and why not be treated with yet another album by Exoristoi. It will surely be a glorious moment for all the Greek epic metal fans. 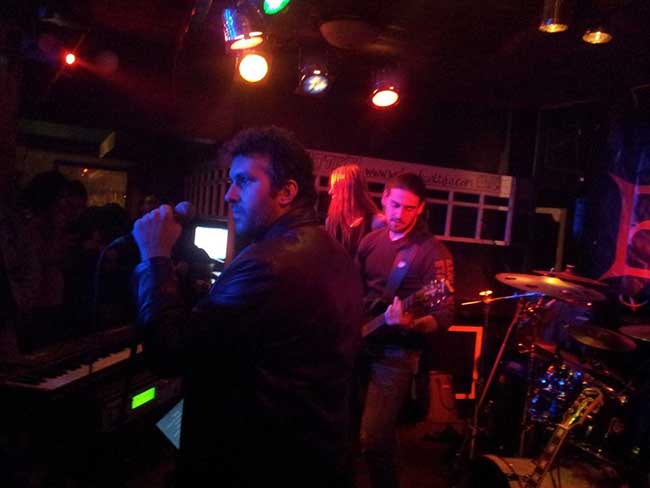