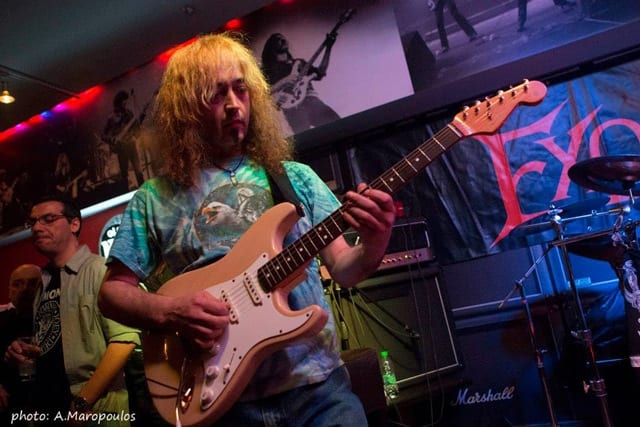 There were many who expected this specific concert by the Greek epic metal band of Exoristoi. You see, its recent reappearance with a handful of impressive shows in Athens, Thessaloniki and Lamia had created a justified buzz thus more than 250 packed the Revenge Club in Athens. If you, also, take into consideration the fact that there were many who haven’t seen the band live before then you can easily imagine the obvious interest by all fans alike.

The show unfortunately –in vast contrast with the recent one in Arxitektoniki- had two opposite sides. On one hand, we saw a band on stage that was clearly more focused and tight compared to their last couple of appearances. The singer Filippos Modinos was cooler and more relaxed (although he needs to work more on this department). Also, the set list was well-balanced although I will insist once again that it needs to be revisited and presented in a different track order. Nevertheless, when Exoristoi presents all their anthems from their debut album along side with such monumental songs as “Anna” and “Ston Timvo Tou Olethrou” then one shouldn’t utter a word of complaint, right? I must say that I missed this time the song “Oneiro Palio” that Exoristoi chose not t play this time. The band’s leader and main composer Dimitris Katis was again impressive and his performance was absolutely smoking! Let’s just hope that he will decide to record one more studio album with Exoristoi. 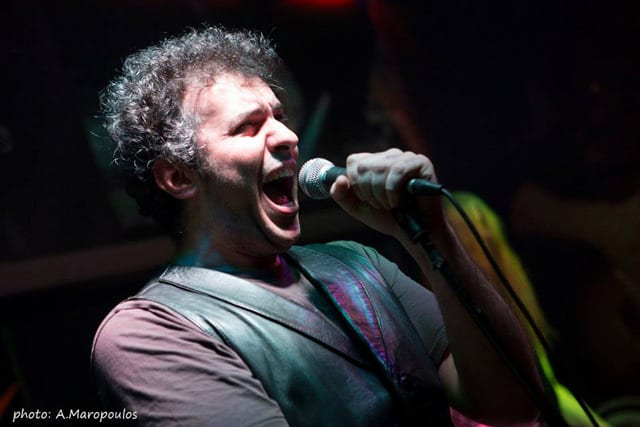 The other side had to do with the overall bad sound in the venue. I won’t go into technical details –after all, I am not a sound engineer- but it is unfortunate and degrading for both the fans and the band to be treated with such a lousy sound. It was plain obvious that the band was furious on stage as they didn’t hear a single thing from what they are playing and that distressed situation surely found its way onto the audience that was evidently influenced by the overall atmosphere.

Let’s hope that things will change anytime soon in Greece, although I wouldn’t hold my breath for it.

All photos from the official facebook page of Exoristoi 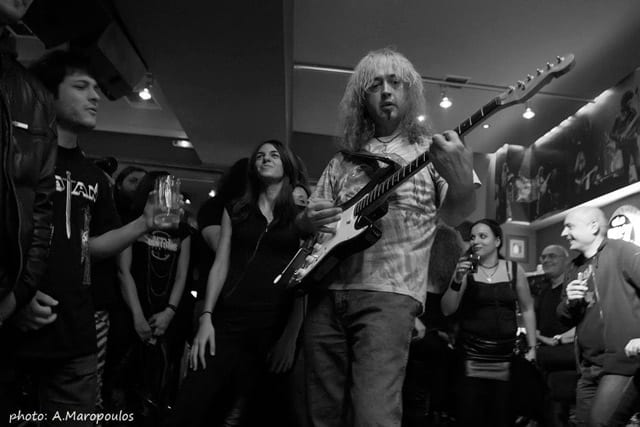