Friday night at the Crow Club with two great Greek bands, a new one and an older one for which a new era begins. Getting to the club I saw people waiting outside for the doors to open, which meant that the show was delayed, as I found out later due to a technical problem.

So, Ganzi Gun got on stage a few minutes before midnight with their classic swaggery streetwise attitude playing their own songs from their debut album adding two covers (Audioslave’s “Show Me How To Live” and Black Keys’ “Lonely Boy”) as the icing to the cake. The foursome felt at ease on stage despite the fact that the audience wasn’t too energetic. Their stage presence was excellent as well as their playing. They moved around a lot and their drummer didn’t leave his t-shirt on for too long! Overall, they were great! 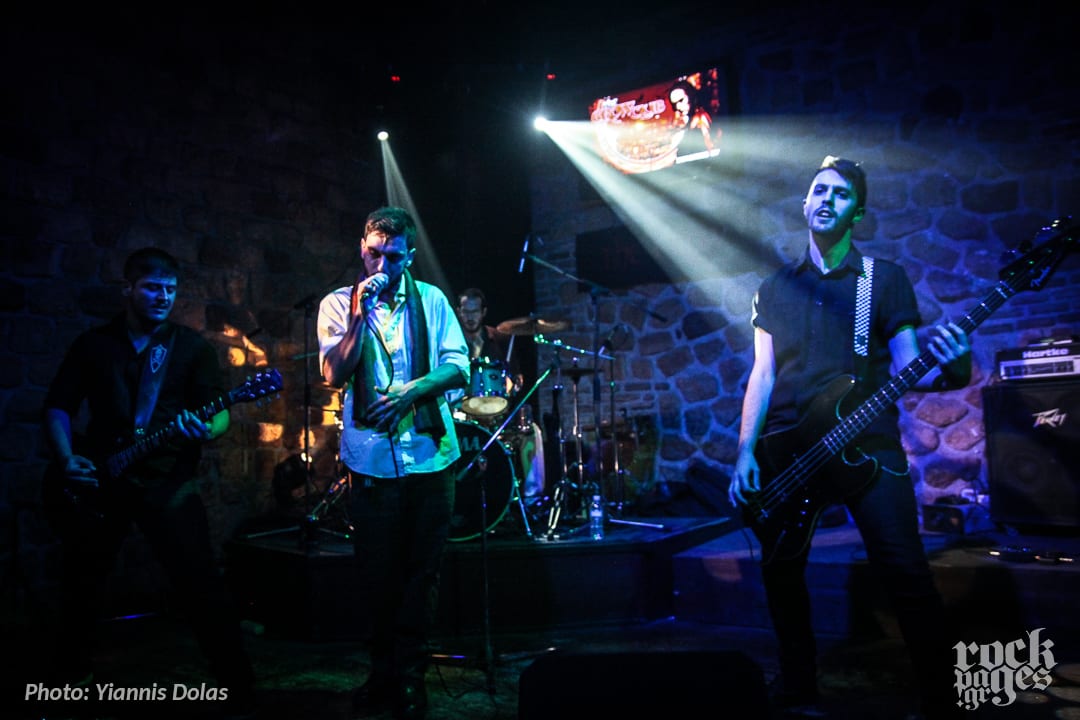 After a chilling intro Fallen Arise kicked off their set with their new singer Fiona Creaby making her debut on Greek soil, after the band returned from a mini tour in Europe that ended in Athens. Comparing to the last time I saw them playing live, which was actually a long time ago, in 2014 supporting Outloud, was like a different band altogether, except from the keyboardist and band leader, Gus Dibelas, the other four were new. Except from Fiona who replaced Spyla in vocals, male vocalist Vlassis K. returned to the band, DangerAngel’s Rudy Rallis was recruited on bass and for the tour guitar and drums were handled by Chris Vaelor Chaldeos and Marios K. respectively. 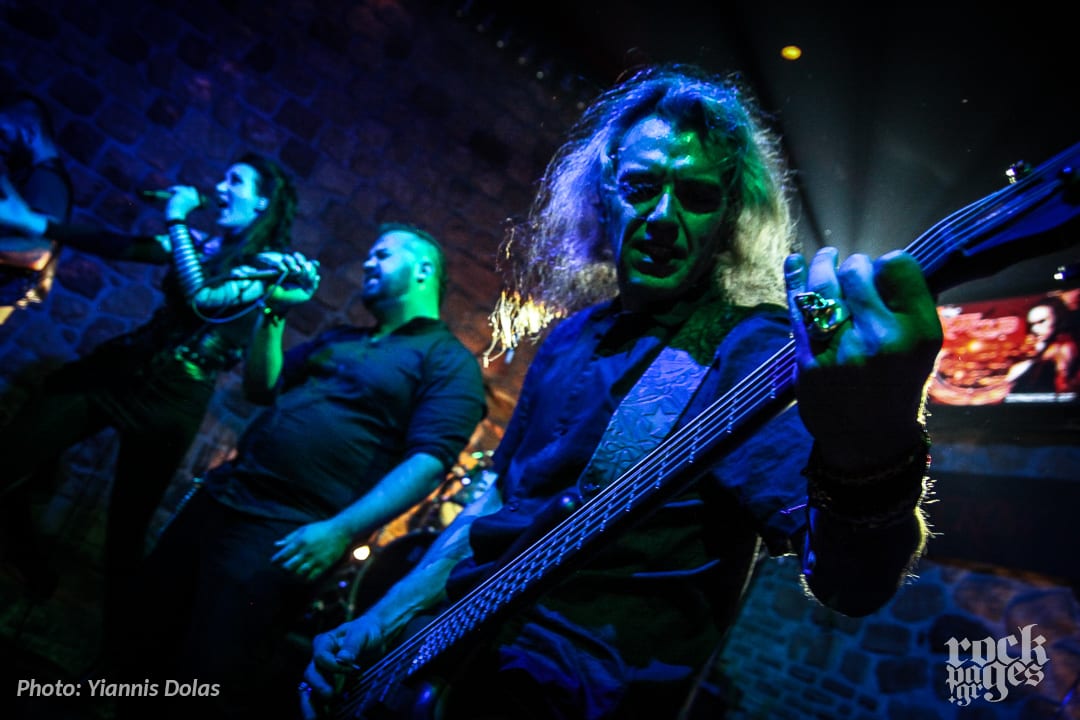 It’s quite obvious, natural and expected that playing consecutive shows does the world of good to a band and this unfortunately is a privilege for the very few in the Greek rock/metal scene. Fallen Arise were very tight, flawless, great on their stage presence with their new female vocalist stealing the show on several occasions with her ethereal dancing and totally personal style. She reminded me of Sisters Of Mercy videos with her clothing and movement, but in contrast with other frontwomen of the scene looked like she was totally at ease with any trace of nervousness, inhibition or stress- at least she didn’t look like that at all! She knew exactly were to go in every given moment whether she was singing or not offering a free masterclass on how to be a cool and effective performer. Her vocals were good throughout the show on Fallen Arise’s back catalogue and the new challenge now is to listen to her on some new material. 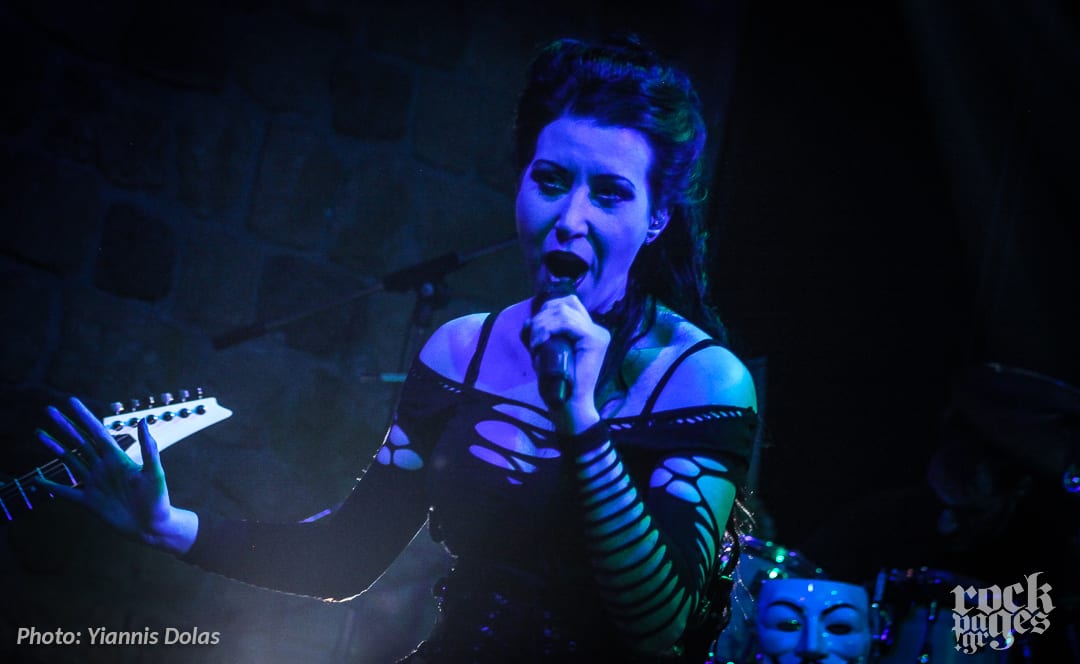 Of course, we have to point out that both bands had an ally, the venue’s sound, which was very very good, both on the “simpler” case of Ganzi Gun, as well on the more complex of Fallen Arise who had two lead vocalists and keyboards. “Every Time We Touch” that the latter played towards the end was a highlight in a great show that should have a bigger audience than just seventy to eighty people.

Furor / Nightouched, Ethereal, Silent Weeping, Under The Bliss Of The Sun, We’re Becoming Gods, The Heart Of The Damned, Divine Bride, The Curse Of Adeline, Never Forget Me, My Last Breath, My Fall, As Far The Memory Remains, Everytime We Touch, White Crystal Angel 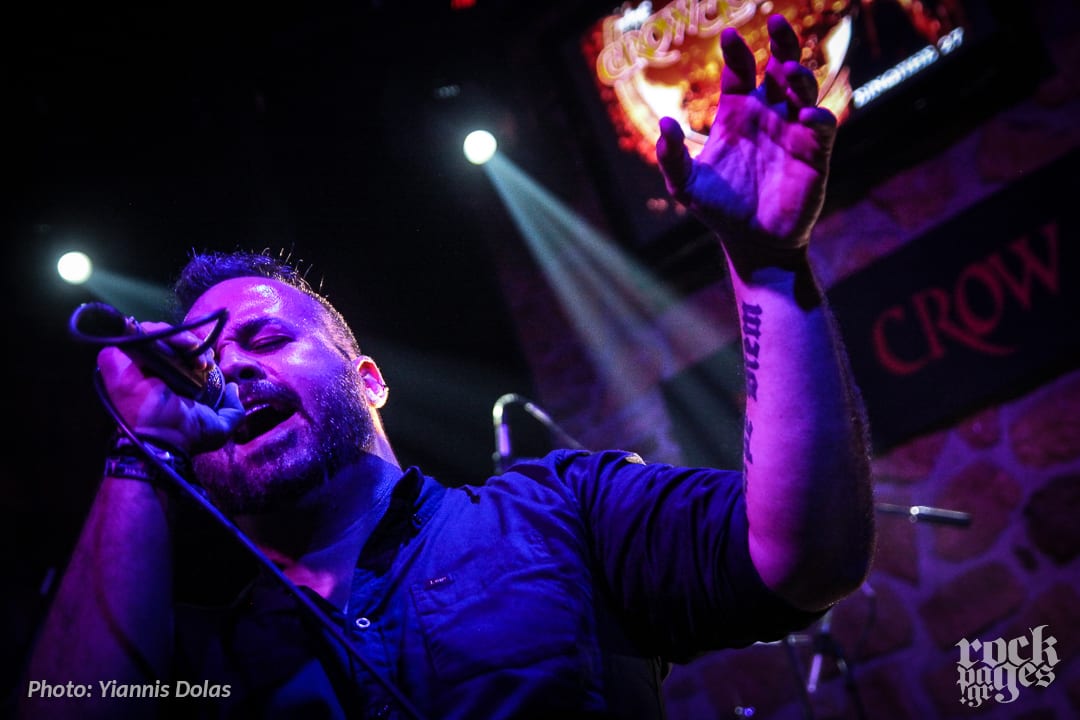