The show begun with italian band Headless, where the man of a thousand and two projects, Goran Edman, best known from Yngwie Malmsteen’s band, sings. However, he didn’t share the stage with the rest of the band as he was replaced by Ian Parry due to serious family problems.

Headless’ material, who have also released five albums so far and feature Scott Rockenfield (Queensryche) on drums on their latest “Growing Apart” was pretty good. 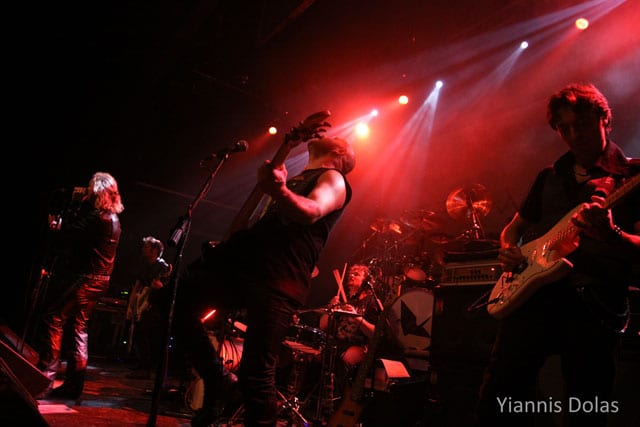 Sixfornine (with Fotis Benardo of Septicflesh on vocals) were really good. They looked really comfortable on stage, their sound was good and they had some strong songs with groove and American style riffing, but interesting arrangements as well. The song ‘6 for 9’ is a good example of that. We are waiting for the album!

Setlist: Six For Nine, All My Heroes Dead, Out Of Line, Save Me, Sound Of Perfection, Drifted 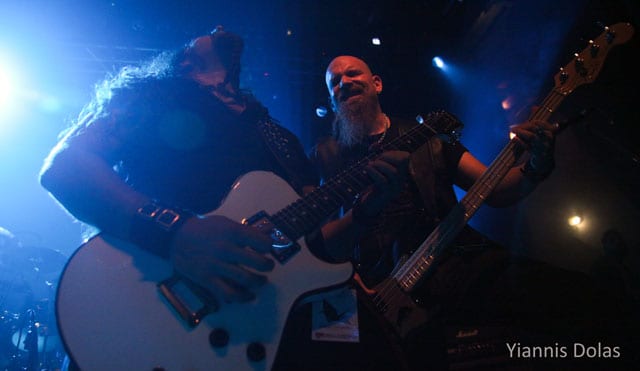 At 22:10 Fates Warning came on stage with ‘One Thousand Fires’ from their latest album ‘Darkness in a Different Light’. The sound was a little compressed in the beginning but I don’t think that’s the issue here. Personally, I thought the band was on even greater form than last year, with a setlist for all tastes. The song ‘Wish’ which they dug up on this tour is an amazing song and especially for Athens we got to hear the beautiful ‘A Pleasant Shade of Gray part IX’. Add to those the favorites like ’Pale Fire’, ‘Monument’, ‘The Eleventh Hour’, ‘Point of View’ etc. 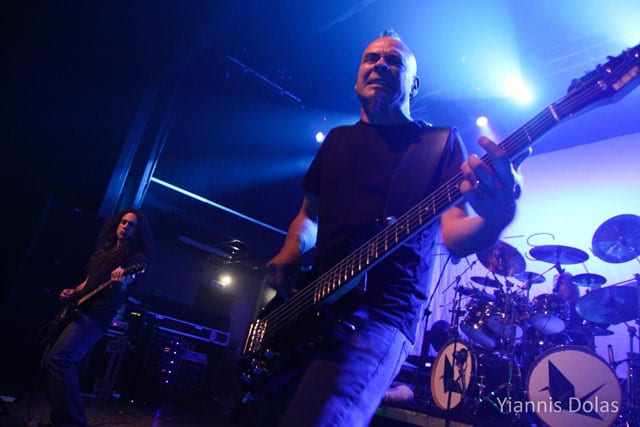 What makes every Fates Warning visit in Greece special is the amazing atmosphere at their shows. Ray Alder was sincerely overwhelmed by the reaction of the crowd and even the low profile leader Jim Matheos couldn’t hide his emotions when everybody sang the chorus of ‘We Only Say Goodbye’. After ‘Point of View’ the lights came on and half of us started leaving, but the cheering was so intense that the group ‘had’ to come back for a second encore, which included the perfectly executed ‘Nothing Left to Say’.

We already await the next performance by this unique band.

Encore 2: Nothing Left to Say 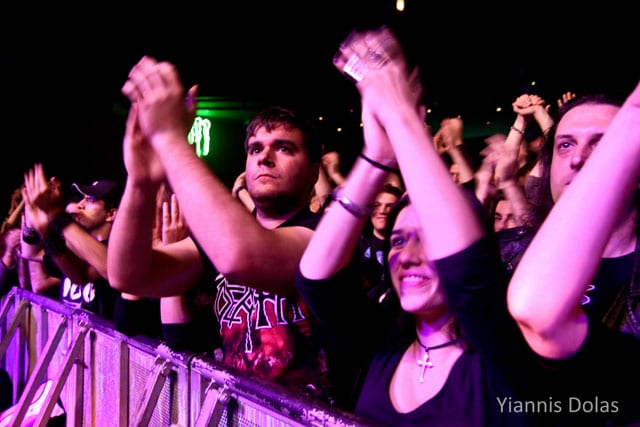