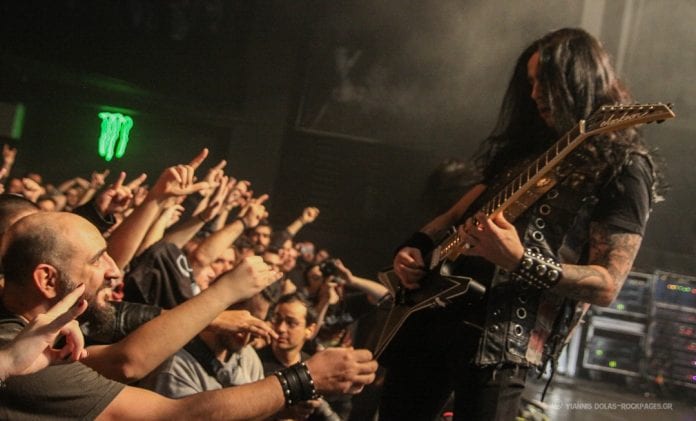 It was impossible to miss out on such a heavy metal gathering that combined Firewind, Rage, as well as two bands of Greek descent, Mystic Prophecy and Nightrage. An impressive trivia is that Gus G has played with both bands in the past.

Marios Iliopoulos’ crew and their melodic death kick-started the night being the “different” band of the lot. Full of energy, passion and enthusiasm the guys warmed up Gagarin for good. Especially, their singer, Ronnie Nyman, covered a lot of miles running up and down the stage despite the confined space since there were two drum kits to make an easier set up for the headliners. In their sort set they played a new song “Affliction” that the crowd enjoyed. 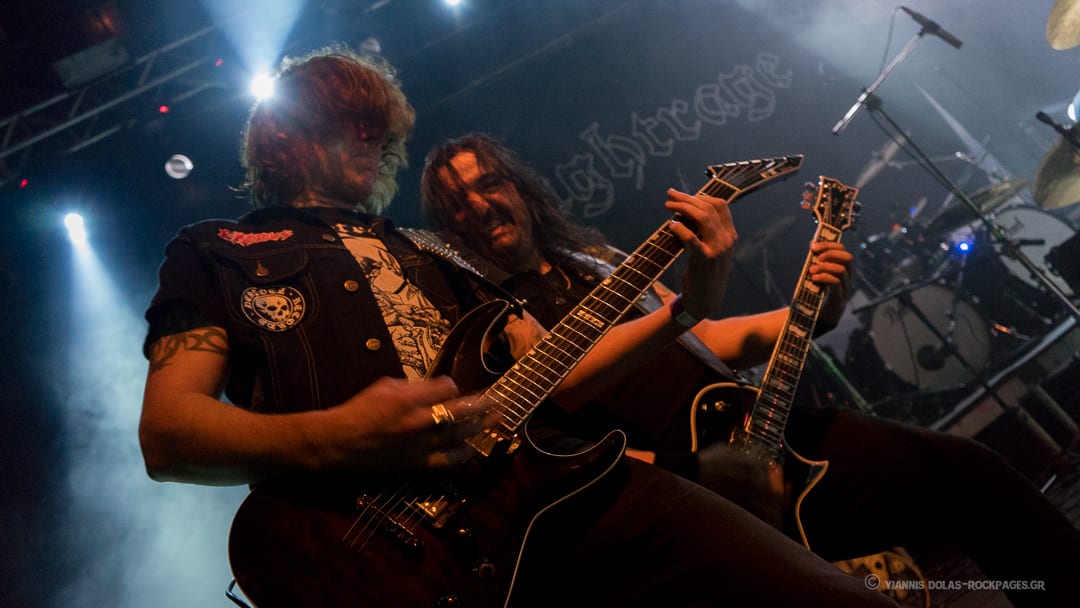 Mystic Prophecy were up next a band that we don’t have the opportunity to watch very often. Their hardcore fans held a banner on the front row waiting for them impatiently. Their set focused on their recent album “War Brigade” featuring four songs. The band was strong playing “in the red” and the audience singing along. This was the first time Evan K, the band’s new axeman played in Athens and I can say that he did a great job next to Marcus “the mic couldn’t go any lower” Pohl. Personally, I’d love to listen to some more of the older stuff, but their stage time was limited. Still, they managed to squeeze in their cover of “Paranoid” as an encore. I am waiting to see them on a headline show in Greece.

Rage was the band of reference for the older fans that were a lot in the show wearing the band’s t-shirts. With Marcus Rodriguez and Vassilis Maniatopoulos (guess what, another Greek) standing next to Peavey the band treated the audience with several classics that were welcomed with a lot of enthusiasm, head banging, fists in the air and the rest, as well as new stuff that I think only the hardcore fans really appreciated. It looks like Wagner doesn’t want to transform the band into a continuous trip down the good’ol memory lane and that’s something we should respect, but the essence of the band lies on the older material. Closing the set with “Higher Than The Sky” the band also played a sort version of “Holydiver”.

Justify, The Crawling Chaos, From The Cradle To The Grave, Black In Mind, My Way, Seasons Of The Black, End Of All Days, Turn The Page, Send By The Devil, Blackened Karma, Solitary Man, Don’t You Fear The Winter, Higher Than The Sky 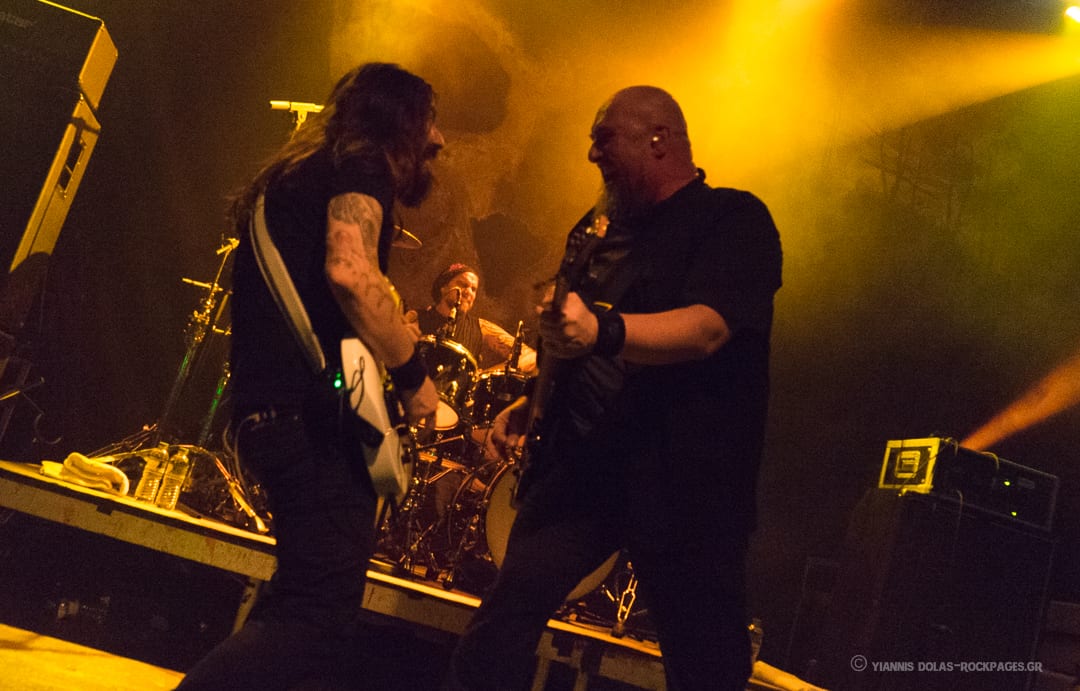 Firewind brought together the younger part of the audience which was quite large, while the venue was filled and they opened with “Ode To Leonidas” as expected. “Immortals” had the lion’s share in the setlist with seven songs, more than half of the album, played live.

In their first “normal”, meaning full show, performance with their “not so new” singer, Henning Basse, we could have a clear picture of Firewind’s new era. He was quite good on Apollo’s older songs, as well as “I Am The Anger” and “Tyranny”. On stage Henning is heavy and imposing with his outfit playing a big role and bringing in mind legendary Demis Roussos with his caftan, shadow under the eyes and necklaces hanging from his neck. By the way, when the show was over “Four Horsemen” by Aphrodite’s Child was played through the PA (respect!). As usual the band was very cool on stage with great communication with crowd and giving a decent performance. The audience was very responsive and singing along even the new songs, which means a lot, just like the fact that the band’s t-shirts sold out (the same happened for Rage). A highlight was the intro to Katsionis keyboard solo where he played the classic “Leyenda” by Albeniz, which took us to the ‘90s when it was a huge hit. 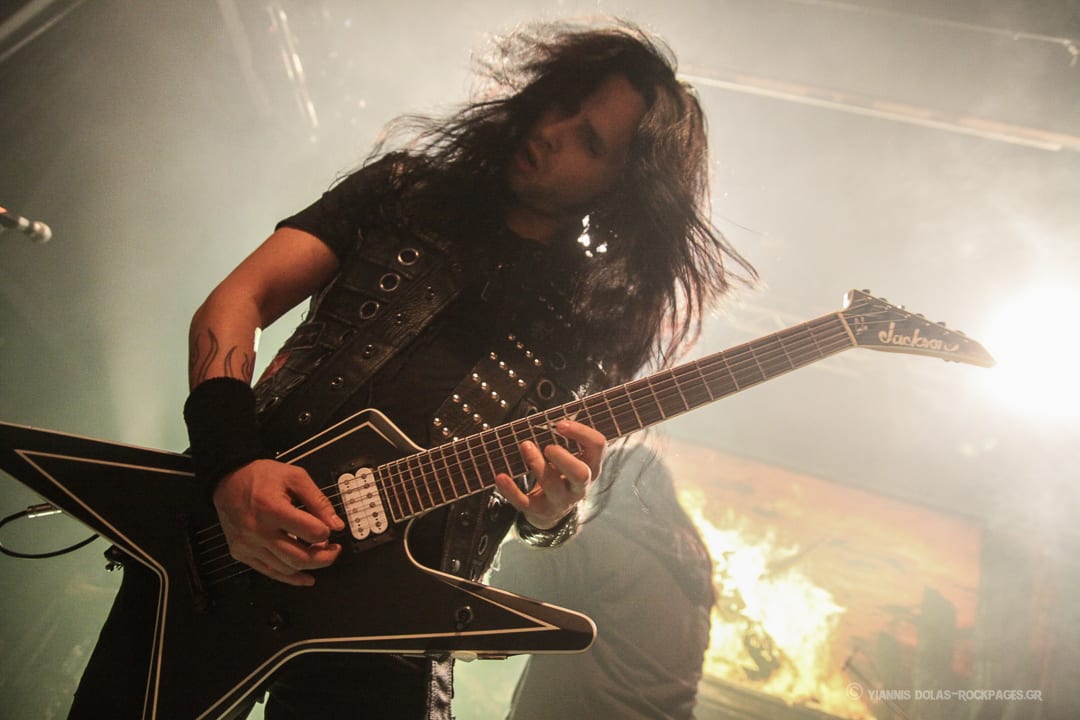 Generally speaking it was  a pretty solid gig from every band to finish the year on a high. The schedule was followed with military discipline and I think that everyone left happy.

Ode To Leonidas, We Defy, Head Up High, Few Against Many, Between Heaven And Hell, Back To The Throne, World On Fire, Hands Of Time, War Of Ages, Lady Of 1,000 Sorrows, Mercenary Man, I Am The Anger, Tyranny

Live And Die By The Sword, Wall Of Sound, Falling To Pieces 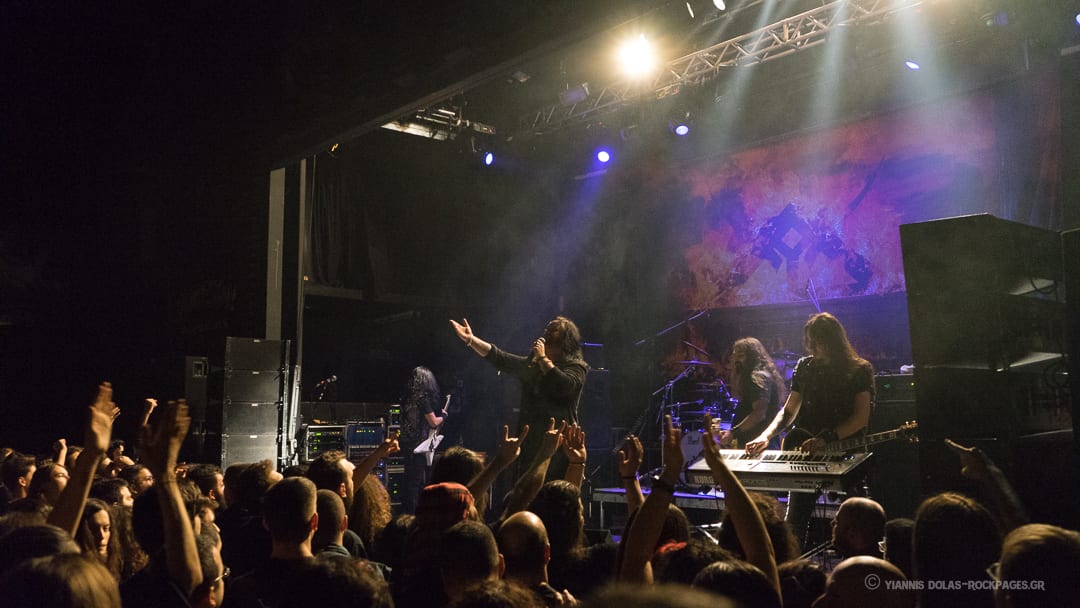