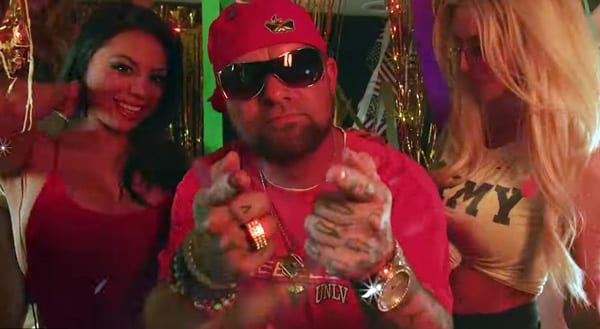 Five Finger Death Punch released the official music video for “Sham Pain”, off their seventh studio album, “And Justice For None” which is out on May18th. The song is a nod to the band’s most chaotic and at the same time important period. The lyrics slam the band’s label that dragged them into a legal fight, TMZ network, as well as Blabbermouth.net! According to guitarist Zoltan Bathory, the track is “a lyrical snapshot of probably the most chaotic, yet the biggest year of our career. So far, we’ve come out of every bear attack relatively un-scraped, and the band is tighter than ever. Life is not so difficult if you don’t take yourself sooo seriously. As long as you can find the humor in everything, you are winning and the winning is strong with this video, as it follows the footsteps of our NOscar-winning masterpiece ‘Jekyll And Hyde’. It was a simple process: We lit the set on fire and then made our poor director Rob Anderson’s artistic sense into a piñata. Whatever he could salvage became the music video.”