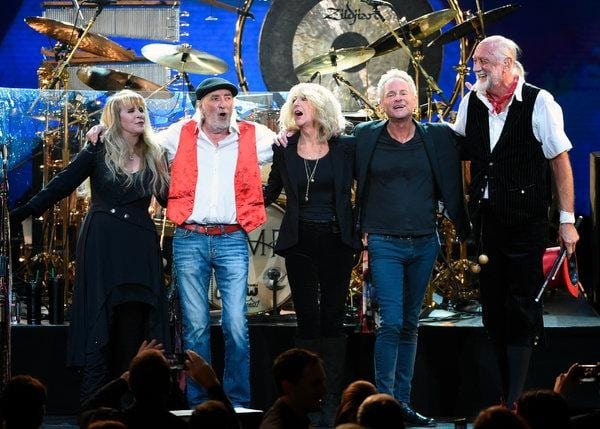 Lindsey Buckingham says he and Fleetwood Mac have settled the lawsuit he filed over his dismissal from the group earlier this year.
Of course, in true never-ending Mac soap-opera fashion, he also reveals the contents of a recent e-mail from Christine McVie that leaves just a crack in the door for a potential reunion.
During an interview with CBS This Morning: Saturday, Buckingham reveals that he’s “happy enough” with the terms of the settlement, which he did not reveal. Details also haven’t been commented on by his former bandmates. “I’m not out there trying to twist the knife at all,” Buckingham said. “I’m trying to look at this with some level of compassion, some level of wisdom.”
He says that his only direct communication with any of his former bandmates came two weeks ago, in the form of an e-mail from McVie, with whom he teamed up for a well-received 2017 album and tour: “She wrote me an e-mail and basically said, ‘Dearest Lindsey, just know that I had nothing to do with any of this. Know that I miss you so much.’ She said, ‘I believe deep in Stevie (Nicks)’ heart that she would like you to come home.’”