After the release of their amazing self-titled album Flotsam And Jetsam are back in Greece for two shows in Athens and Thessaloniki. We grabbed the opportunity to chat with guitarist Michael Gilbert about the album, the re-recording of “No Place For Disgrace”, the Greek audience, even… Metallica! Interview: Sakis Nikas

Rockpages.gr: First of all, congratulations on your excellent new album. I really enjoyed it. Why did you decide to come up with a self-titled release after 30 years in the business? Did you want to make a statement that Flotsam is back with its classic sound? 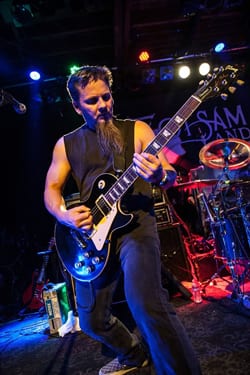 Michael Gilbert: It seemed fit after all these years with Flotsam. The band is as tight and well oiled as ever has been. It was an appropriate decision to self title this album, as we all agreed unanimously on that. We feel it’s a very strong record with all the essential elements of Flotsam and Jetsam being there, just like back in the early 80s when the band was conceived.

Rockpages.gr: Personally, I think that this is the best album that you guys you have done since “No Place For Disgrace”. I am really happy that you returned to an old-school type of thrash sound. Was it a conscious decision to make a return to a more familiar (and fan-friendly) territory?

Michael Gilbert: Yes, it was a conscious effort to go back in time. Although, it’s difficult to grow when you just do the same album over and over plus it can get a bit boring listening to a band that has the same songs on all their albums. I’ve heard it time and again on bands that make the same sounding record every time where a fan will listen once and say ..Yep…sounds like their last record. That to me doesn’t sound like growth musically

Rockpages.gr: The first taste of the album was the brilliant “Iron Maiden” song which speaks about the famous medieval torture device. Did you think that this song captures the essence of the album and reflects a clear picture of what the album sounds?

Michael Gilbert: Not at all. That song is very unique. When writing it none of us knew how the song was going to sound when it was completed, It naturally came together as it did much like the other songs but I think it has a far different sound that the rest of the album.

Rockpages.gr: L.O.T.D. and “Forbidden Territories” were originally written back in the late ‘80s. Why did you decide to include them now for this record?

Michael Gilbert: We had a list of about 17 or 18 songs written for this release but after a final decision we only used what we believed to be the best of the songs. Yes, those 2 were left over from the late 80s but seemed to fit well with the new material. 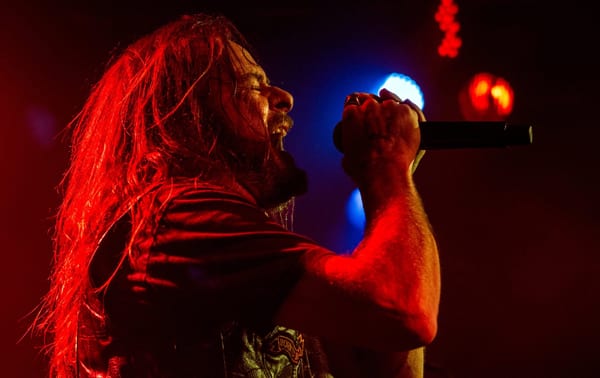 Rockpages.gr: I must be honest with you. I didn’t like at all your decision to re-record “No Place For Disgrace”. I am strong believer that every classic record should be left as it is and not be revisited. What’s your opinion and what’s your comment on all the negative feedback that this re-recording had by the fans and press alike?

Michael Gilbert: Well, everyone has an opinion but I really didn’t see any negative reviews. In fact, I thought it was well received for being a remake. I’m proud of it as I think it sounds much better in recording quality over the first. We had fans asking for a remix but when the tapes were unavailable for a remix we decided to just record it again. It actually helped create the vibe for the new album.

Rockpages.gr: From your perspective, which is the most underrated Flotsam and Jetsam record?

Michael Gilbert: When The Strom Comes Down’, by far. This album for sure needs a remix to capture the essence of these songs. I think there are some great songs on there that have not got justice because of the final mix and mastering and some issues in those areas. However, I do think there are some very strong F and J songs on that one. 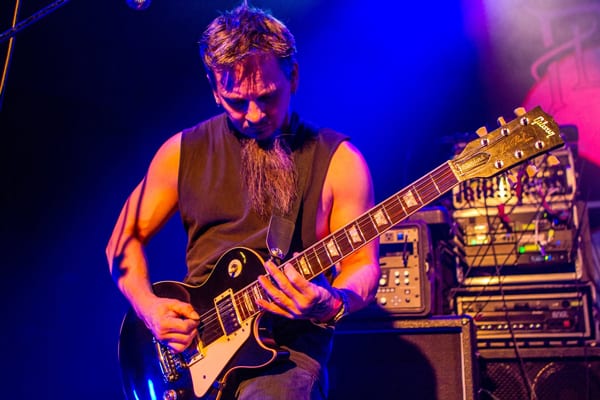 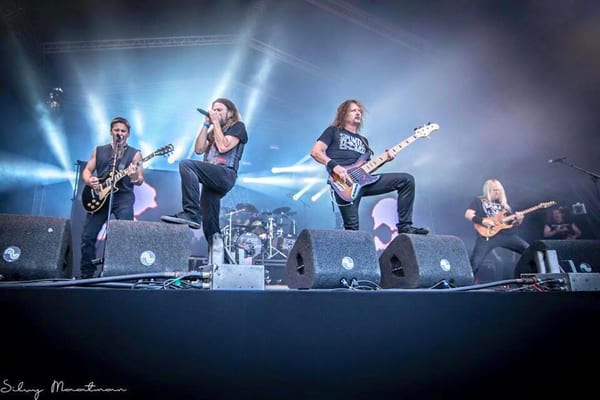 Rockpages.gr: You’ve been around for 30 years. Would you change anything? Have you made any bad business or artistic moves that you regretted later on?

Michael Gilbert: Everyone makes bad mistakes along the way. That’s how we learn, right? No regrets really, other than we should have toured more than we did. The planets were not aligned for F and J during that time for us to be a support band on a world tour to get some recognition. That would be my advice for any band knowing this now. Rehearse together and tour, tour, tour, as much as you can if you can afford to do so. The only way to get your name out there is to kick everyone’s ass by blowing them away with good songs and a great show.

Rockpages.gr: Have you heard the new Metallica song “Hardwired”? If yes, what did you think of it?

Michael Gilbert: Its kick ass… so yes I’ve heard it a like it a lot.

Rockpages.gr: If you go back in time, do you remember which was the first concert that you ever attended and which was your most favorable show as a teenager?

Michael Gilbert: My first concert I ever saw was Ozzy with Randy Rhoads. There is no way to top that. I was broken in with the best concert possible.

Rockpages.gr: You had played quite some times in Greece. Do you have any special memories from your previous visits here and what should the Greek fans expect from you this time around?

Michael Gilbert-Greek fans are fucking awesome. It’s always off the hook when we play there. That’s why we keep coming back. And, as always expect for us to kick your asses with metal, again!