One of the real fortunate aspects that festivals overseas has is not only that you might bump into bands that you won’t see playing in your home country, but you might have the chance to have a chat with. Rockpages.gr found legendary melodic rockers, the mighty FM at Graspop a few months ago. Merv Goldsworthy founding member of FM and “rookie” Jim Kirkpatrick share their impressions about the bands’ fans, the feedback the new album had and their future plans. Interview: Mariza “Crash”

Rockpages.gr: Did you know that you have many fans in Greece?

Merv Goldsworthy: When we did the comeback show at Firefest in Nottingham the power went off during the show and somebody throw a big banner on stage and me and Steve picked it up and opened it and it said ‘’FM Greek fan club’’ and we were shocked, we never knew we had any fans in Greece until we saw the banner and the same with Italy, Spain and Portugal until we went there. So now we are traveling around the world again and its great what you discover. 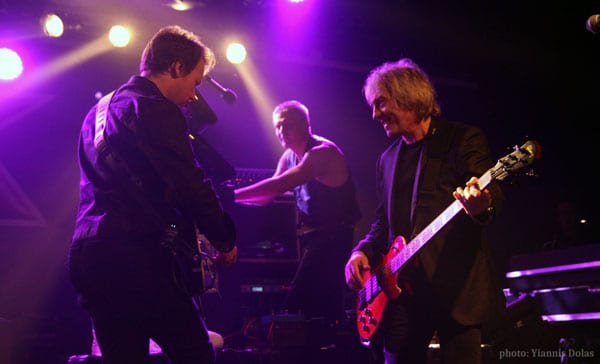 Rockpages.gr: Do you have a good feedback about the new album, “Heroes and Villains”?

Merv Goldsworthy: FANTASTIC!! We knew that if we come back we will have to make a good record. We found a new director too for the latest video clip and is more risky than what we used to.

Rockpages.gr: So Thunder and FM playing at Graspop. A metal festival mostly. Does that make you feel like it’s a rebirth of the melodic hard rock scene?

Merv Goldsworthy: It’s good! It’s good to see Thunder doing so well. The album is fantastic. When FM signed to CBS way back at 1984, they singed at the same time and Thunder opened up for FM at a show in London and it was one of their first gigs and it’s great to see them doing well. They are a great band. 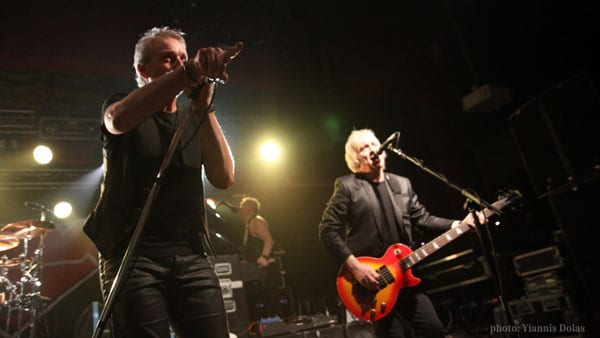 Rockpages.gr: Tell me about the best times in this tour. Which country seemed to like you the most apart from England of course?

Jim Kirkpatrick: Spain! We do well in Spain and Germany

Merv Goldsworthy: Italy too! It was only one show but it was one of the best

Jim Kirkpatrick: I think Spain is the one where we turned open and the first one we were really blown away. We went about 4 years ago and for a band it never had really played in Spain we thought we are rubbish and no one will be there and it turned out it was only us playing. Barcelona would play with Real Madrid in Football at the same night. We thought this is going to be a nightmare and we had to go on at 20.00 o’ clock because the football starts at 22.00 and it was 800 people in the hall. We were absolutely blown away .We didn’t have a support band. Nothing!

Merv Goldsworthy: It was a big risk. We were waiting 30 years for the band to play there. But when we saw the fans and we started playing, it was crazy.It was a good feedback, we love it and it makes us play better, we enjoy it and we just want to come back and see all these people. 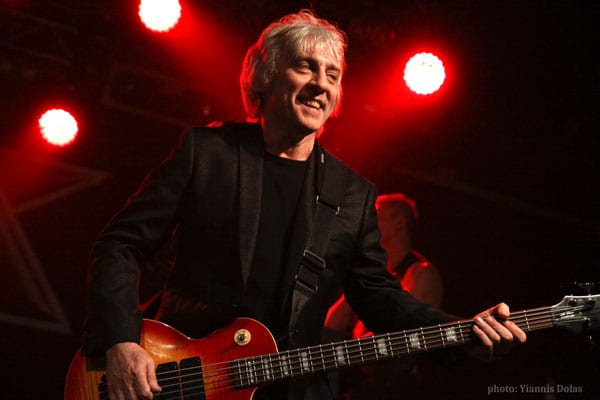 Rockpages.gr:  You feel like you have more fans now? Younger maybe ?

Merv Goldsworthy: Well yeah!!Look at you! I got t-shirts older than you !

Rockpages.gr: Jim, how do you feel filling the shoes of Chris Overland?

Jim Kirkpatrick: I was a fan of the band before I join them .Chris is one of my favorite guitar players, I love his playing so when we play the old songs that Chris played I try to play them exactly like he did because I believe that is how people want to hear it.

Rockpages.Gr: Where did both of you meet?

Merv Goldsworthy: Steve drinks in a pub with Jim in a local village

Jim Kirkpatrick: Me and Steve we are friends really .So we bumped into each other in the pub and I knew who he was but he didn’t know who I was because I wasn’t anybody(laughs) and we just became friends before FM reformed. So, back then was Andy playing and he was living in Malta so it wasn’t gonna work .He always said I really wanna do this I really wanna do this and he would come in the weekends to work on the material but he had his life in Malta. It was going to be really difficult

Merv Goldsworthy: When we said we have to change the guitar, Steve said I have the perfect guy and he never says that. That guy knows the songs better than we do! 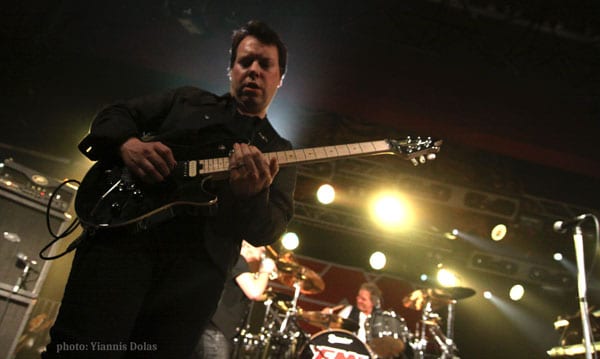 Rockpages.gr: Do you have any future plans?

Merv Goldsworthy: We just want to expand now and play in USA and in Greece if possible. And some other countries we haven’t been yet.

Jim Kirkpatrick: Now is the European tour and we have some other festival gigs.I think what we are trying to do is what we have in England, trying to get that in several different ways .

Merv Goldsworthy: Yesterday we played in Switzerland .We haven’t played there since 1992 so its been a long long time .Its great to go back to these places and see the people from that gig in 1992.Its fantastic. Been on festivals like this today we fill honored to be a part of it because we are not a metal band we will  never be but is good o be invited and play with all those different bands,see how that works. We were here again 4 years ago

Rockpages.Gr: Have you thought of any band that you would like to play with after the end of this tour?

Merv Goldsworthy: We managed to tour with Foreigner and Journey and that’s fantastic for us

Jim Kirkpatrick: When we toured in Lorelei at Hi Rock festival we managed to play with Toto and other big bands. That was the best.

Rockpages.gr: Any last thoughts for the fans?

Merv Goldsworthy: With you buying our records and tickets made us last longer than we thought. And thank you all for that. So we will carry on doing it but I am afraid that it will be Jim on his own one day (laughs)! 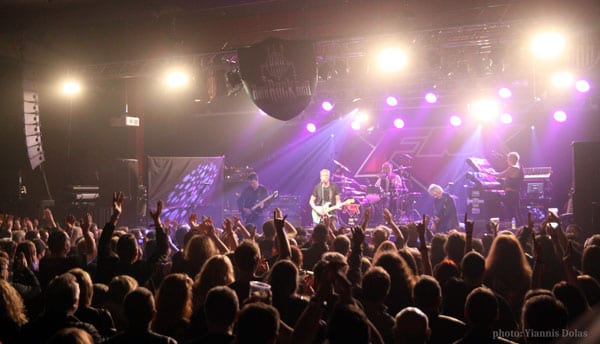