The announcement of Gamma Ray’s return to Greece after only a year since their last time here (although now they were the headlining act) combined with the addition of Rhapsody Of Fire fueled the excitement of all the Greek power metallers. Truth be told here; both bands had to come out on top of two obstacles:

on one hand, Gamma Ray had to prove that their previous couple of mediocre performances are now long forgotten and on the other hand, Rhapsody Of Fire had the impossible task of erasing from our memories the pitiful show in Greece a few years ago. Were they successful…? Let’s see… 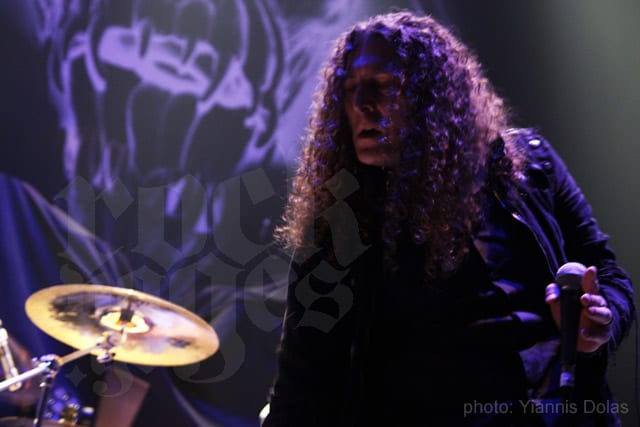 The concert took place in a new, aesthetically attractive venue that held up to 600 people. That night almost 400-450 fans found their way there to enjoy the show while of notice was the presence of relatively young fans, something that only positively should be evaluated for the future of the genre. 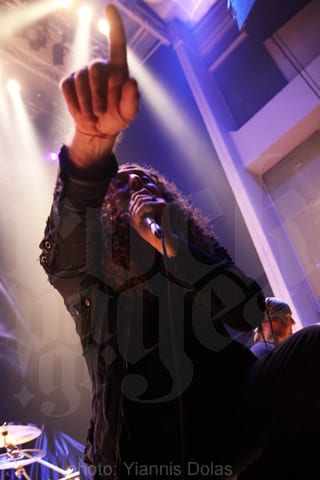 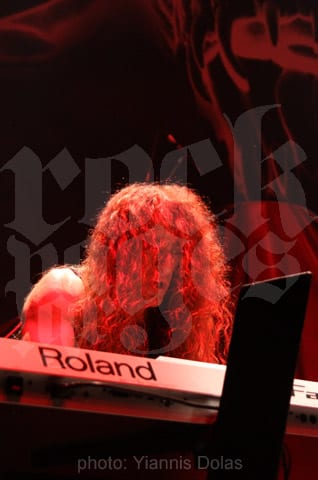 Personally, I was devastated back in 2007 when Rhapsody Of Fire made their live debut in Greek soil. I had been a fan of the band right from the beginning and their performance back then was below par. And as it is the case quite often; when you least expect something, you are greatly surprised by it. What do I mean? Rhapsody Of Fire was unexpectedly solid and flawless! I would go as far as to say that they were, at moments, brilliant thus taking by storm the crowd that created a big mosh-pit as if it was a thrash metal show! Fabio Leone was impressive while the rest of the band was equally sparking (with Alex Staropoli and Roberto De Micheli creating a dynamic duo team). 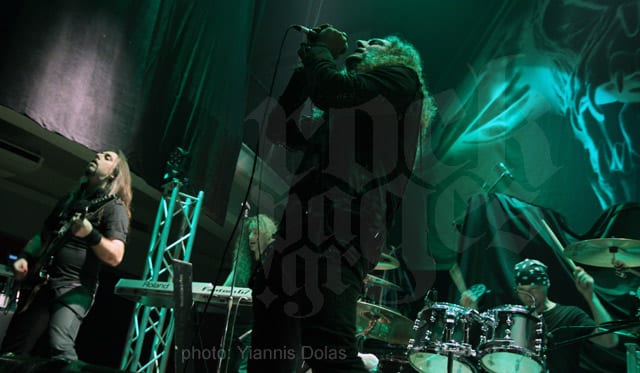 During their 60-minute set, Rhapsody Of Fire took us back in time with their excellent set while I found myself singing every single lyric of such songs as “Dawn Of Victory”, “Land Of Immortals”, “The March Of The Swordmaster”, “Emerald Sword” etc. My sole thought after the end of the Rhapsody Of Fire set was to return home and put on once again those wonderful 3-4 first albums of the band…what a great feeling! Rhapsody Of Fire is back! 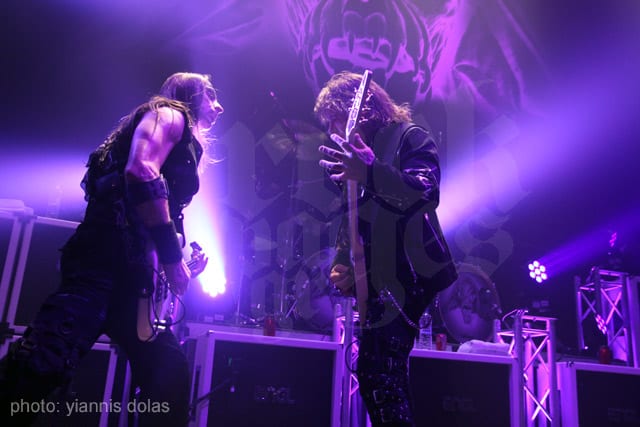 After a 40-minute interval, Gamma Ray hit the stage with the song “Avalon” from their brand new album “Empire Of The Undead”. For those of you out there who haven’t listened yet to the new album, I’d say that it is pretty good; definitely better than the previous couple of offerings while this specific song is amongst the best of the album. Kai Hansen, who had obviously gained a few pounds lately, along with Henjo Richter, Dirk Schlachter and Michael Ehre, presented a two-hour set that was naturally based on “Empire Of The Undead” while the…sonic injections of the past were few yet awesome. 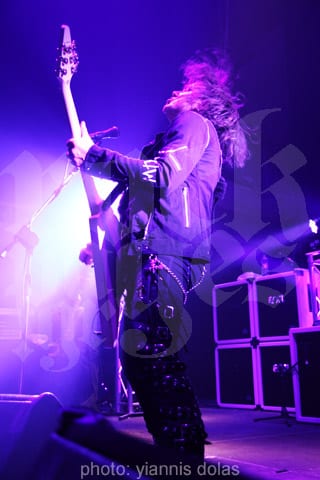 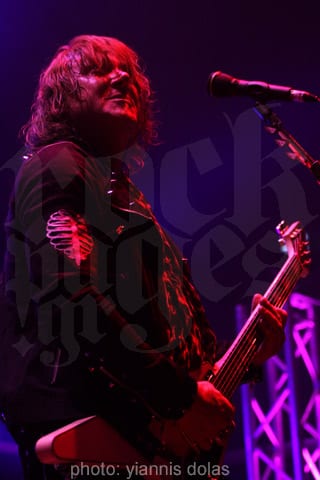 So far so good…but Gamma Ray faced a lot of problems with the sound and the backline throughout their show with the vocals going up and down, Hansen’s guitar constantly detuning and Richter’s guitar going all over the place with a high-pitched sound that penetrated your ears! In addition, the band seemed influenced by the whole thing and their overall stage presence was definitely affected by it. I must say, also, that this was by far the worst Gamma Ray show in Greece while we had seen better days from Kai Hansen. 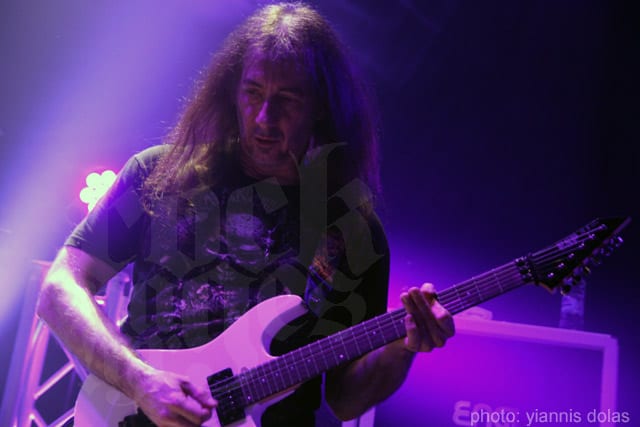 So, what do we keep from Gamma Rays’ show…? Most definitely the “Land Of The Free” trilogy (“Rebellion in Dreamland”, “Land Of The Free” and “Man On A Mission” were played in a row) that took us back in 1995 at Rodon Club when Gamma Ray had put on their greatest show in Greece. Also, the wonderful renditions of “Heaven Can Wait” and “Tribute To The Past” but also some really good new songs like the aforementioned “Avalon”, the title track and “Master Of Confusion”. Last but certainly not least, the impromptu inclusion of the classic “Ride The Sky” as the fans kept asking for it in the beginning of the encore. 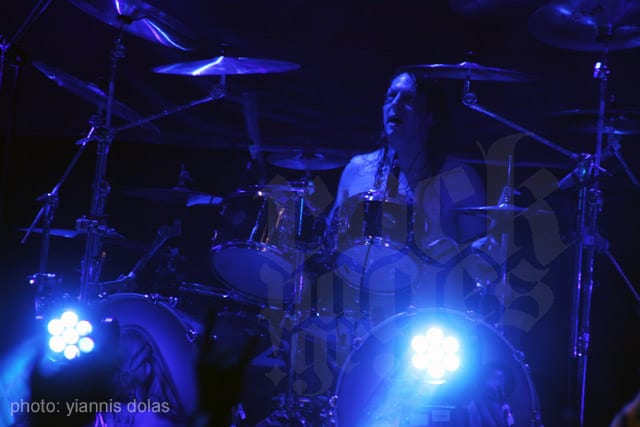 But, all in all, Gamma Ray didn’t save the day and put on a mediocre set. If it weren’t for Rhapsody Of Fire’s excellent show, then the overall live experience of that night would be a disaster.

Avalon, Hellbent, Heaven Can Wait, Razorblade Sigh, Tribute To The Past, Time For Deliverance, Palerider – Drum Solo-, Blood Religion, Master Of Confusion, Empire Of The Undead, Rebellion In Dreamland, Land Of The Free, Man On A Mission Ride The Sky, To The Metal, Send Me A Sign 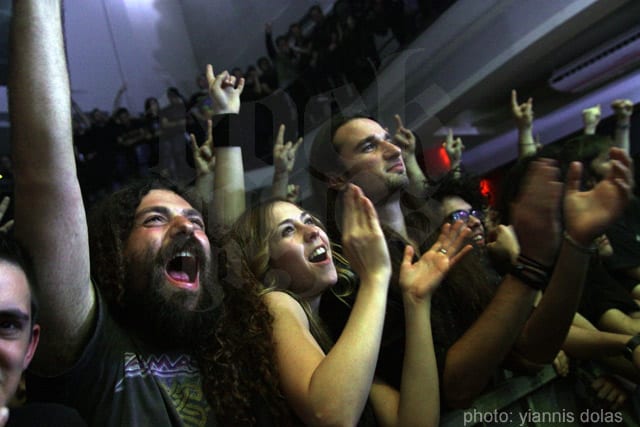