The live Gary Moore tribute was an idea conceived by the guys in Remember Lizzy, one of the best Greek tribute bands, to honor their idol after his death. Their motive was their pure love, the enthusiasm and emotions that have always been the most important ingredients of rock’n’roll.

Last year there was no show, so this was the third time for this tribute to take place featuring special guests, old and new with Under Pleasure kicking off. For more than an hour we were taken to the Irish guitarist’s blues stuff, except from the opening which was “The Loner” and “Speak For Yourself” which was played last to liaise with Remember Lizzy’s hard rock set.  We enjoyed some of Gary’s big hits, as well as some of his favourites that he used to play, like “Too Tired” and “All Your Love”. The band was joined by Geroge Maroulis and Fofi Roussos from 4Bitten, Panos Oikonomakis, George Dafnos and Yiannis Akritidis. 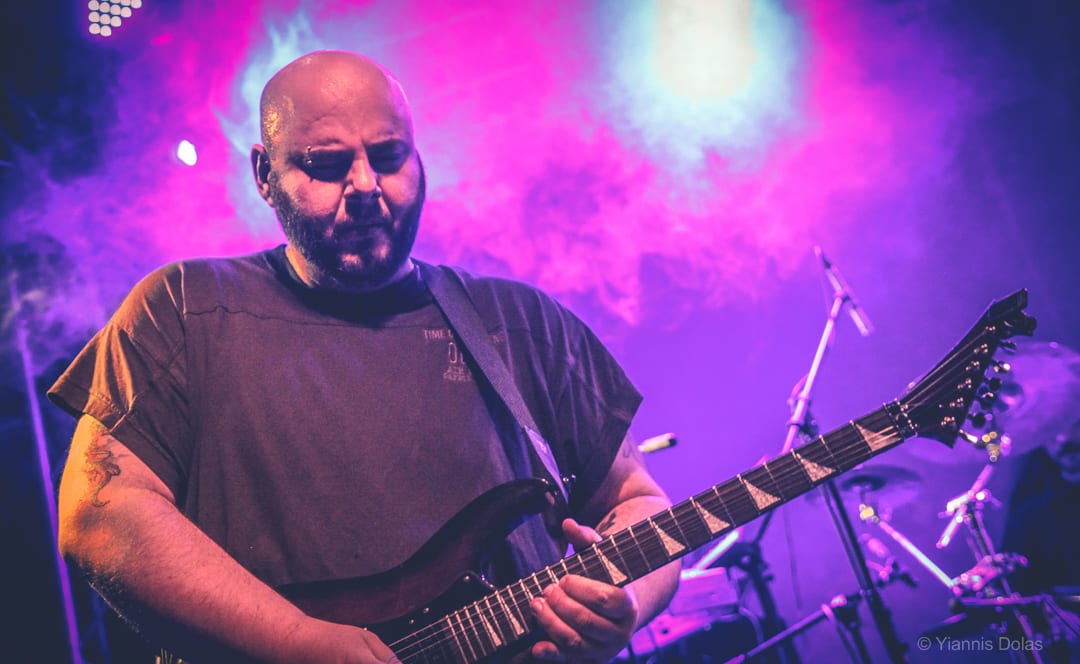 It was clear that what most of the people at the venue was the second half with the hard rock material played by the Remember Lizzy guys who made a hell of a start with “After The War”, “Over The Hills And Far Away”, “Teenage Idol”. They continued with “You” from Moore’s brief stint with G-Force and overall I’d say that their set was well balanced with most of the biggest hits that should never be left out from concerts like this and of course a song from Gary’s only album with Lizzy. 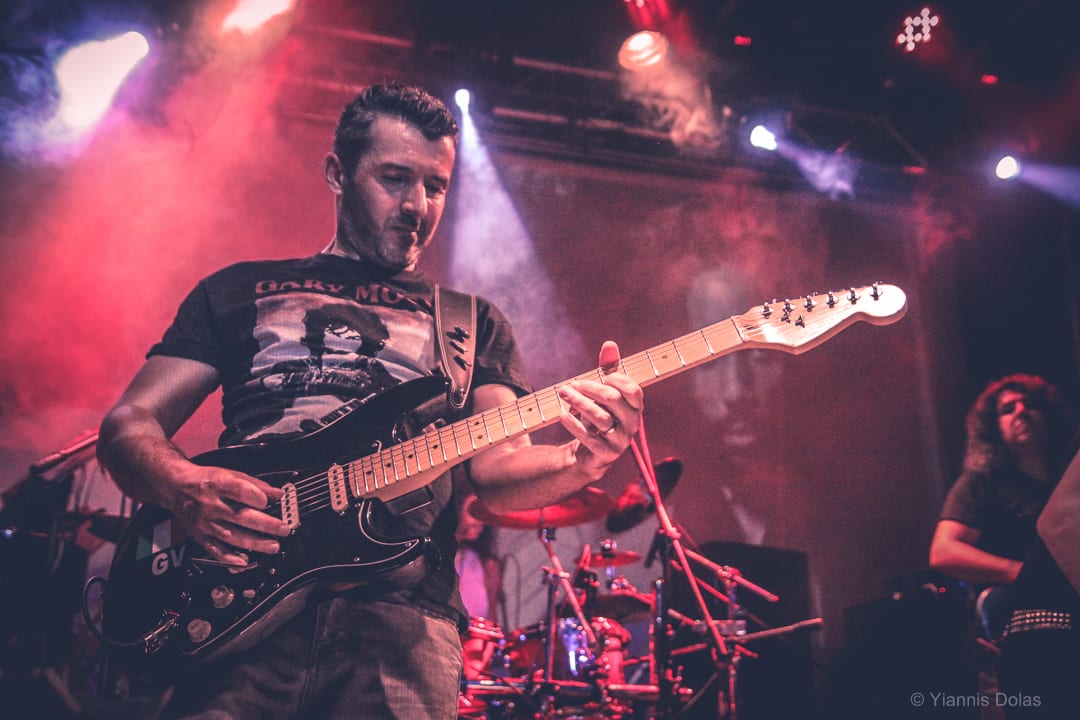 The total highlights of this part of the show was John Kalivas, who also did an amazing job at the recent Remember Lizzy support slot for Whitesnake tribute Saints’n’Sinners, who handled the mic for a few songs and didn’t forget to bring his special jacket! Also, InnerWish lead singer George Eikosipentakis delivered a solid performance on “Thunder Rising” while from the guitarists camp the guestlist was rich in flair and skills with Angelos Perlepes, Thanasis Giokas and Takis Tsamouropoulos giving us the final blow with his ease, swagger and dexterity on “Emerald” and “Out In The Fields” which was the evening’t epilogue with all musicians on stage. 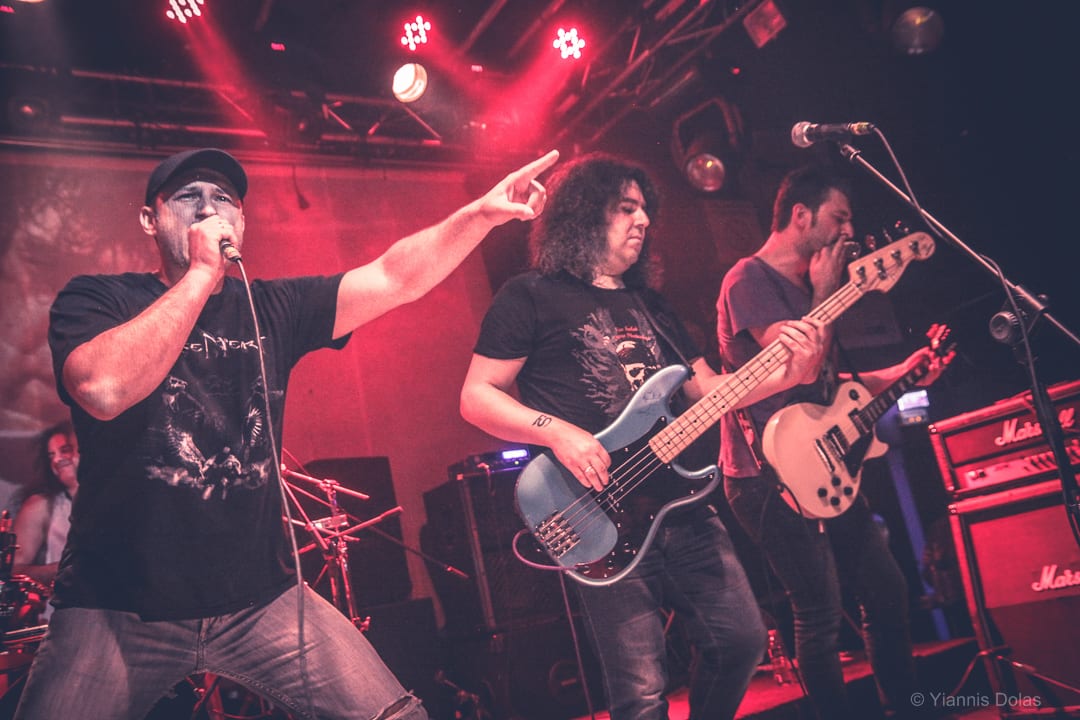 Overall, love and respect was overflowing Kyttaro from the fans who honored their idol, as well as the audience that supported this remarkable effort. If there was something that I found not suitable was the obsession that some of the guest singers had with having the lyrics written and reading them while singing! In many cases it was more obvious with eyes looking down, or heads facing the floor instead of the audience. Is it so hard to learn the lyrics of the one, or two songs that somebody is perfroming? Can you imagine what would have looked like if the guitarists for example had tablatures on stage and play out of them? 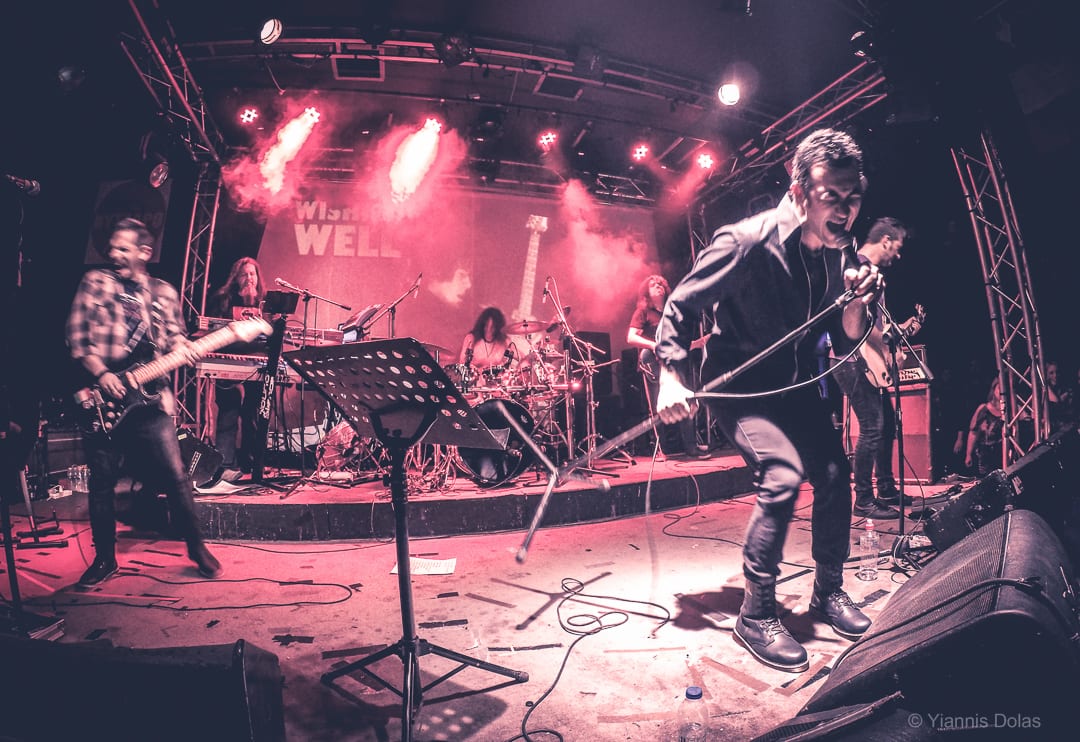 It’s certain that efforts like that demand the strong support of the crowd, especially when this event didn’t take place last year and it’s quality is so high. Of course, there is always room for improvement and as long as the flame of love and enthusiasm for music burns strong this is possible. A great efforts from a group of guys who know how to deliver every single time!