Given the chance of the third Gary Moore tribute that will take place at Kyttaro on April 15th, Rockpages.gr grabbed its camera at the always friendly Artwork Studios in Ellinikon and talked with one of the masterminds of the project, Yiannis Sinnis. In a studio filled with talent, effort, sweat and pure love for the honored artist we took some of the precious rehearsing time of some of the guests, Angelos Perlepes, George Eikosipantakis, Michael Smeros and Thanasis Giokas who you can enjoy on the video below. Interview: Dimitris Kazantzis, Camera: Yiannis Dolas, Editing/Post Production: OnTheFly

Rockpages.gr: What’s new on this year’s tribute to Gary Moore on April 15th?

Yiannis Sinnis: This time we have some younger participants, more guitarists,  more bassists, more singers and in general more love for Gary Moore.

Yiannis Sinnis: We will play songs from the entire Gary Moore great career. We won’t be playing Skid Row, but we will play G-Force, and except from his big hits, that people knew him for, we are going to play some B-sides and obscure songs for the hardcore fans. For example, I don’t think anybody in Greece has ever played any G-Force songs before. But, those are for the hardcore fans, like us… 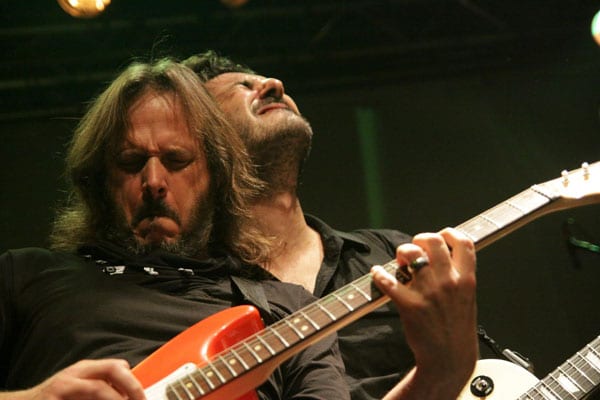 Rockpages.gr: I see that you have a lot of guests. What are your criteria to invite the guest musicians on your tribute?

Yiannis Sinnis: Well, to tell you the truth we are friends with all of them… Gary Moore has brought us closer. When we started with Panos (Papapetros) doing these tributes we were running a website called “moorepanos.com”, and we’ve built a page called “Out In The Fields” from which we met Alex Flouros with whom we are doing the tribute, Thanasis GIokas and all these guys we will be playing this show. So, we met these guys thanks to the site we had with Panos in 2000 which actually evolved into Remember Lizzy, a Thin Lizzy tribute band, which led to the Gary Moore tribute show after Gary’s death.

Rockpages.gr: A tribute band I guess starts off from the love for the artist you are honoring. What was that thing that Gary Moore had that attracted you, more than any other great artists and made you focus on him?

Yiannis Sinnis: He was consistent throughout his career, his music was very special, he had open horizons and his guitar playing was amazing. Gary Moore was a phenomenon, both on guitar and music. Except from a great player he was an amazing singer as well. This is something that the guys who are singing can confirm, because they are having a hard time with his vocals, despite they are all great singers. Gary Moore was pretty good and had very special high notes. So, he is an artist, except from being a guitar hero, which was what we admired him for, was a complete musician. A great lyricist, he touched anti-war subjects, he dealt with love like few ever did and his sense of melody and feeling was rare… as well as his consistency. He’d release an album per year until the end of his career. He respected his fans and was going on a major tour every year. The love he was receiving, he was giving it back. No wonder he worked with top rock artists. From George Harrison to Ozzy and Jack Bruce with whom he formed the well known trio BBM… throughout his entire career Gary Moore stood out for us, his hardcore fans, thanks to his special ability to move through the music cycles, work with the best and give music to the entire world… hard rock, rock… he played every kind of music, but whatever he did was honest and that’s why he won us. 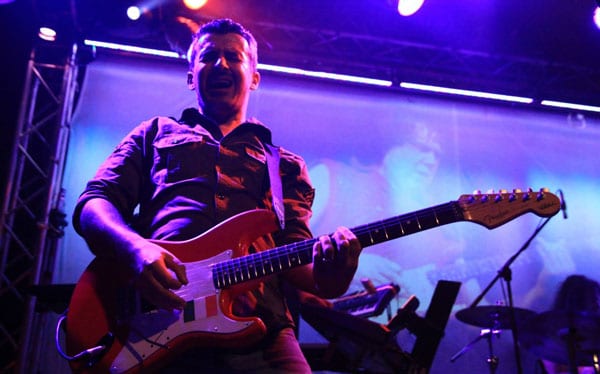 Rockpages.gr: Do you keep contact with other Gary Moore tribute bands that are based outside Greece? Is there a chance that you pursue to do something abroad and do a similar tribute show?

Yiannis Sinnis: We are in contact, we have talked, but there is no such plan. There are several tribute bands abroad and they are very good. Their advantage is that for them rock is their traditional music, which is something that don’t apply to Greeks. So, it’s not the shame, and no, we haven’t though about that?

Rockpages.gr: Like you said before a tribute band starts from the love you want to express to the artist. Lately, we notice that there are musicians in Greece who play to several tribute bands and there is a feeling that their goal is to promote their own bands out of it. What do you think of that?

Yiannis Sinnis: I don’t agree with that because I know most of the guys who play in tribute bands and I can assure you that they are crazy with the band whose covers they play. All of them put the tribute first and then put their names. In most of the tribute bands if you’ve noticed there is no names. I’d say that we still have the passion we had in High School when we were getting to know all the great bands. Therefore, I think that a tribute it’s a tribute, and a personal band is a personal band, and only a few mix those together. 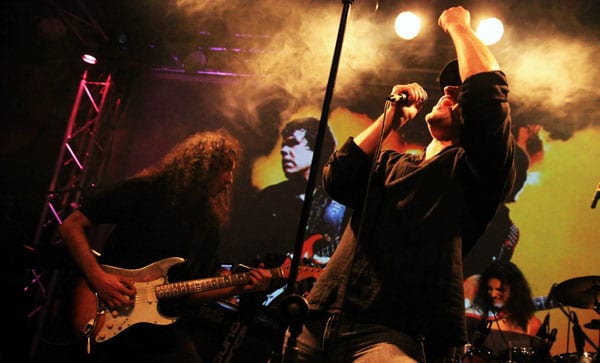 Rockpages.gr: There are tribute bands for any artist that I can possibly imagine and in the last years the number grows. Why do you think this happens? Is it people’s desire to watch bands that don’t come to their county, or is it something else?

Yiannis Sinnis: I think that we are at an age where our idols either stop playing music, or don’t release good albums, or new music and new bands don’t have the qualities to become the new icons. So, my generations has the tendency to play the music that would not listen to either from its favourite bands, or others. And that’s why people turns to tribute bands, which happens worldwide. That’s my opinion about tribute bands. We have the desire to listen to the music that got us excited. It’s been ages since music was moving. Even from our favorite bands. 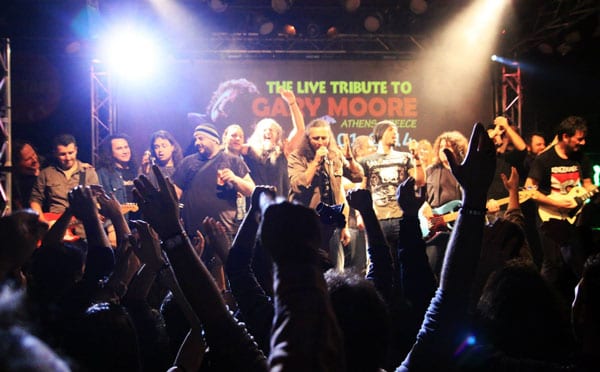