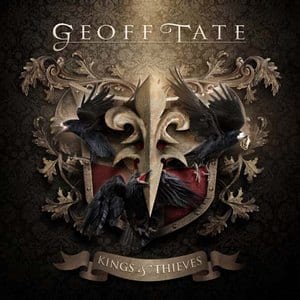 The great singer – because he IS a great singer and I will always treat him with due respect – released his first solo album ten years ago, on June 25 2002. Emotions were a bit mixed at the time. Tate hadn’t done something spectacular outside Queensryche… When the album came out, a lot of sceptical people gathered around. It wasn’t Metal you see… Not that he needed to get a Metal album out. “Q2k”, three years ago, seemed strange to most of the fans. That one was a weird story. “The best U2 album”, as I like to call it, sounded bizarre to a lot of people, especially to those loving the Ryche cuz they were playing Metal beyond mainstream.

Ten years later, Tate’s second personal project is released shortly after the mayhem routine that turned Ryche into a soap opera. Mixed emotions here as well. “How will it sound”? Tate says, “I wanted to Rock”; he probably thinks his first album was introvert. People asking Tate, from 2004 onwards, about the next solo thing, they all would get the same response. He used to say that next solo album would be “much heavier”. He even used to open his arms wide to show the difference. “One is here, the other will be over theeeeeere”! He was stating such year after year… And the world waited.

Let’s go back to “Q2k” for a moment. Newcomer Kelly Gray, producer and guitarist, was one of Tate’s bandmate in Myth, the band where GT used to sing with, before signing up with the Jet City heroes. Gray has produced albums for Dokken, Nevermore, Bob Rivers and some other artists. Fans find the “new” sound a bit peculiar; it’s close to groovy dark guitars, almost like Alice In Chains. On the other hand, the “new guy” has issues. Tate stated in an interview, that also Brian Heaton mentioned (Brian is an old fan, used to write for the Fan Club magazine), the following “only”. “We found ourselves in a brand-new world, Kelly’s world. Kelly was living “fast and loud” and the people around him were doing the same. Personally, I have never seen such drug and alcohol consumption in my life, when Kelly came to the band. The band was not talking, the new manager was fired, we were looking for a new record label and three of our friends were dead. Life on the road is tough. It’s not for everybody. Some people can’t follow”…

This man, Kelly Gray, the very person the band fired in 2001, something that was actually greeted with cheer by Ryche fans, was rehired a few years later, to tour with the band, assisting in the technical department. This man is participating in Tate’s second solo album! Gray is responsible for recording and mixing and he played guitar and bass. Tate has produced the album. Jason Ames is also participating. Jason, a very good singer if you ask me, has partaken in some Ryche albums, doing backing vocals; he also toured with the band, singing and playing acoustic/electric guitar. It goes without saying of course that if Ames was not Susan Tate’s ex husband, and biological father of Miranda, then he wouldn’t even walked outside the studios where Ryche used to work.

“I wanted to Rock”, says Tate and I automatically think of his other infamous quotation, “Rock is dead”! Various comments were made, the singer also made “some other statements”, shortly after “Dedicated to chaos” was released; it was when Pandora’s was opened and masks were taken off. European tour was a fiasco, with the Ryche playing for just forty minutes, supporting Judas Priest. Fans wanted to see more, much more, however other peeps make the contracts. The album made the worst opening ever for the band in the American market, selling 8,000 copies in its first week of release. Tate was totally influenced by the Cabaret story, he more or less drove the band to that musical direction-pattern. It no longer has to do with whether people like or dislike the new material. It’s got everything to do with whether it’s Queensryche or not! The band’s identity is long gone…

I have written that I liked the “Dedicated…” album. No, I won’t take it back. I didn’t state it’s THE top album, I didn’t refer to musical Cosmo-genesis. I simply said I liked it. Yet it’s only me and I happen to also like Pop and Folk and Bossa Nova and Swing… Everybody else, listening to Metal or Heavy Rock, they didn’t like it and they certainly won’t like this one either…

“Dedicated to chaos, PT. II” is a fact! If you put the two of them side-by-side, you will think it is actually one album with twenty-so songs… Same production, same snare drum, with a lil’ more reverb-thing maybe, same songs, same approach, same way. THE SAME! Tate does his job perfectly, he’s performing flawlessly, he’s got his amazing way with the FX and all, however, I do not know if this will be interesting for the fans, with a bunch of songs that no one will be crazy about. Don’t have a clue whether it’s a diabolical coincidence or not, but the album opens with a guitar sound that points at U2! That just happened for a few seconds, but it was worth a mention… Then enters “She slipped away”, maybe the best track of the album. Dark, ironic… Tate press release stated this is the second part of the trilogy that began with “Drive” from the “Dedicated…” album. Although there is no direct relation lyrically, those two songs should not even be compared to each other, “Drive” does not even reach the other, quality-wise.

We are dealing with an album packed with effects, especially vocal ones, based on the drumming groove and half-dirty, half-cleancut guitars; it’s what we said in the beginning actually. It’s that style with the intros and then the drum-beat and then rough gear and keys in the back. On “Take a bullet” and “In the dirt”, Tate is dragging the element of Cabaret, a bit of “evil half-darkness extravaganza”, something like “tonight we will all surrender” … Surreal? Well, it could be, for those haven’t seen the Cabaret show. “The way I Roll” features a narration intro by Tate… “There’s been a lot of talk”. Autobiographical maybe? I know, it sounds aggressive lyrically … On the other hand … I just have to believe he is still here.

That “Evil” song has a riff close to “Last time in Paris”; it’s a vague similarity, lasting a few seconds only. Verse unfolds and then the chorus is… Well, it’s not just a chorus, the song is completely theatrical. I don’t know if Tate’s GREatest influence aka Peter Gabriel has led him this way, bottom line is should Gabriel had released such an album, everybody in the freakin’ universe would be writing praises about it. In this case, however, the exact opposite things will happen. You will hear and read badmouthing over this one as if you were playing for the worst team ever!

“Dark money” is the first track fans heard via Internet, you can listen to it by visiting Geoff’s official website. Following the climate of “Dedicated…”, featuring some “American soldier” elements, showing a naïve chorus… You know wot? Everything would sound different if guitars were actually guitars and not some water-boiled pumpkins. Yes, I know, I maybe unfair here, however, is it my fault that I’m used to listen to Tate singing escorted by perfectly sounding guitars?

The epilogue has arrived… It’s called “Waiting” and it belongs to the category of songs bearing the label “Hey, doctor! I need some more pain, man”! These chords took me for a walk to the Pike Market. People are buying fish, staring at the world famous “fish flying”, others eat sushi and some peeps are looking for some tropical fruits… And somewhere near, close to the big metal pig… it’s Della Brown… What the heck, she’s still searching for a cab? Has she at least found somebody to love her? Tate continues, “Here I am, waiting for you. It has been a long time”.

Naturally you are not required to read this whole Odyssey thing. Quite frankly, as I started listening to the album, I began writing down my thoughts… And then I started dreaming away… What’s that? What is the purpose of this review? Hmm… Can’t tell you for sure … What I can tell you is what this interview is NOT about. It’s not about making you wanna hate, call names, insult. Hear it, feel it and if you don’t like it… then walk away. Yes, it’s as simple as that. I’m gonna leave you now with me favourite quote. I support both sides, I’m listening to their music, I don’t engage into any sort of debate.