Geoff Tate has been carving his own path for quite some time now, far from the band through which he triumphed. The undisputedly magnificent streak that started from the 1983 EP and ended in 1994 and Promised Land, established Queensryche as one of the greatest bands of this music and himself as one of the most gifted frontmen-leaders, with only but a handful of colleagues that can be regarded as equals. And although each and every album released during this golden period is considered a classic, majority of the fans seems to agree that Operation Mindcrime stands a tad higher that the rest.  No matter how many years will pass, no matter the animosity and resentment between former band members, the names Geoff Tate and Operation Mindcrime will be forever entwined. Eternally paired through the bonds of a transcendent musical opus. So how could we remain untouched by the news of this unique musician’s performances in our country, presenting this historical album in its entirety? 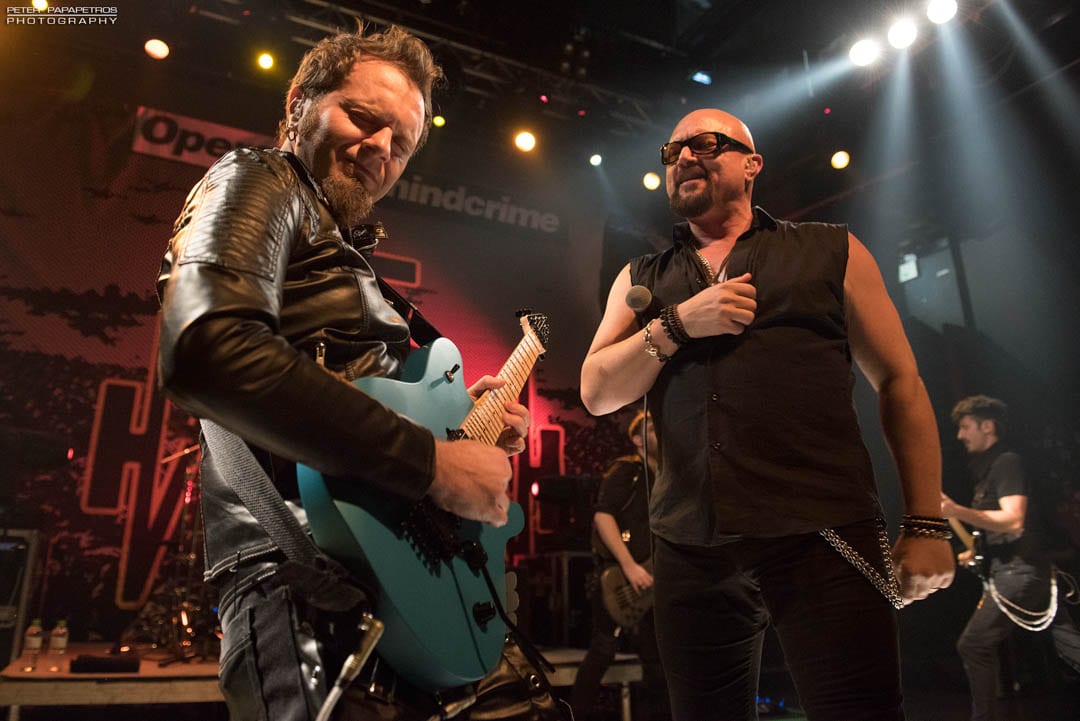 The queue outside Gagarin simply solidified the fact that this concert was a highly anticipated moment for many of us. I entered the venue right when Greek Progressive metallers Illusory started their set. Although I have seen them perform several times in venues all around Athens, that was a first one on a big stage. I can’t say that they didn’t seem a bit nervous since they didn’t utilize the extra space but then again who can blame them. Opening for one of your prime influences and in front of a full house isn’t the easiest thing to do. During the set they seemed to loosen up a bit, aided by the improvement of their sound which started a bit off with the guitars absent in the mix in favor of the rhythm section. This was definitely a win for the band though, a successful appearance that helped raise some interest among the audience. 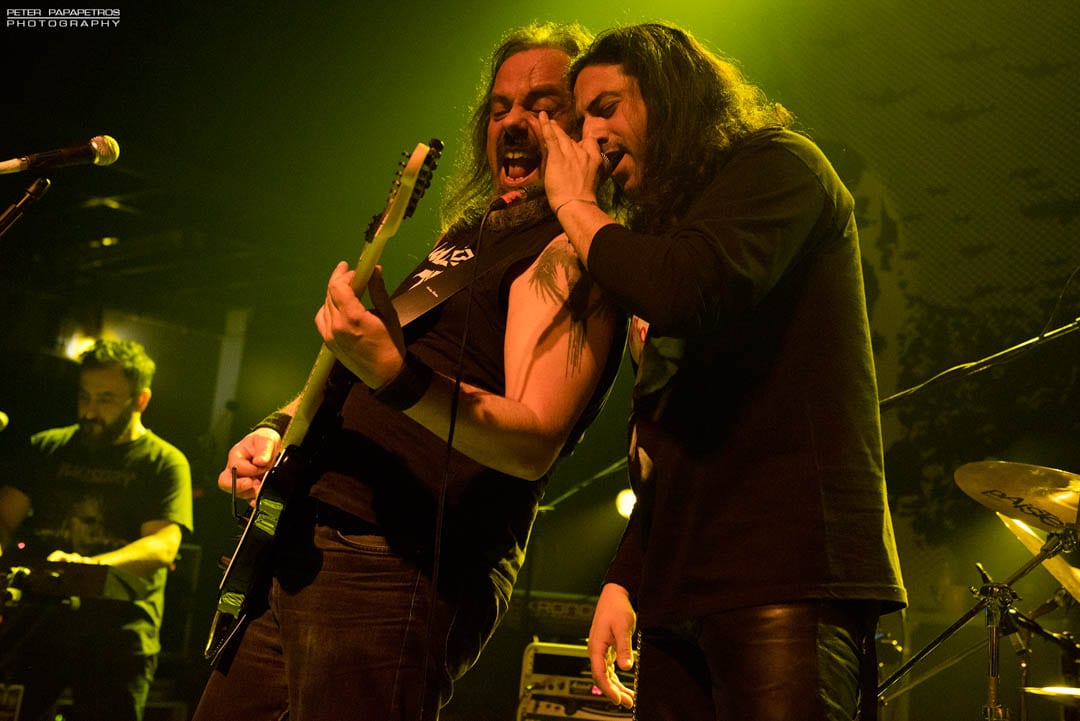 Gagarin was packed, very close to a sold out show and full of impatient and cheerful fans. Every sign forebode a special night. Any doubts? I can say for sure that most of us had our concerns in the back of our heads but all the clouds scattered a bit after 22:30. Geoff Tate appeared on stage undeniably cool and with the attitude of a real star. “For a price I’d do about anything” where the first words to come out of his mouth and at that point we realized that his great voice, even though a bit prudent at first, was at the desired shape and ready to give us the anticipated shivers. For the following 60 minutes everybody entered Mindcrime mode. 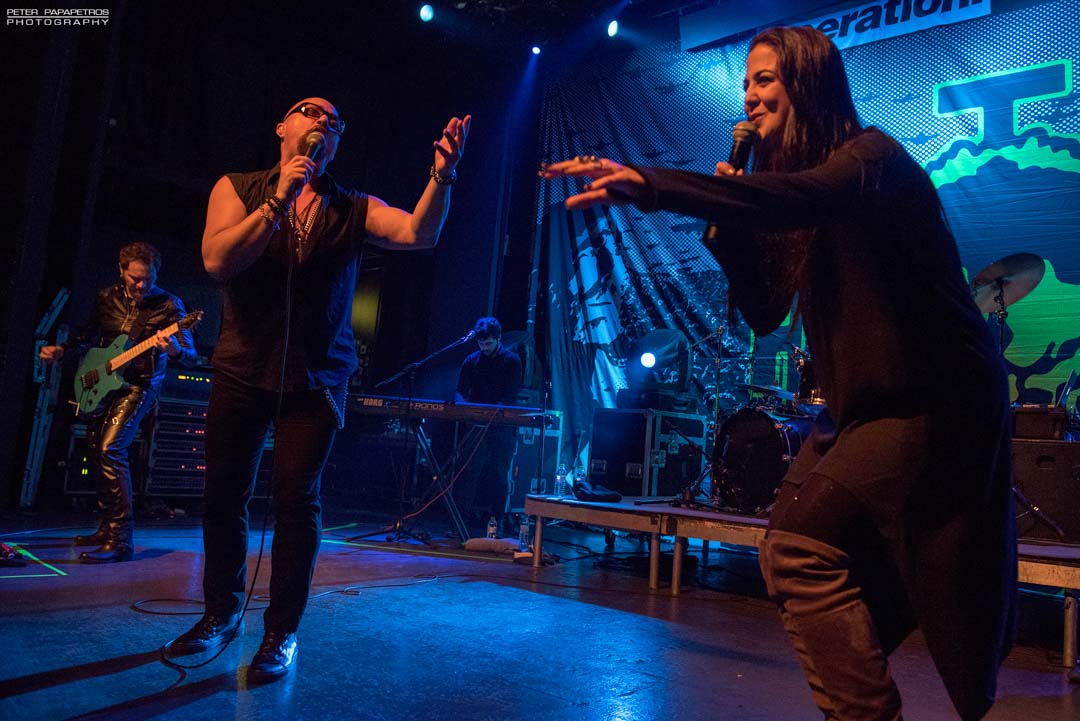 Tate’s performance improved even further while his body language captivated literally everyone. I have to admit that I barely noticed the musicians than accompanied him. Truth be told, Tate’s caliber is beyond compare since we are talking about little-known musicians with the exception of dynamic drummer Felix Bohnke (Avantasia, Edguy, Gus G. etc.). They supported the demanding material with dignity and respect though, having a clear and balanced sound as a performing ally. Soprano Marilia Zangrandi deserves a special mention since she had the difficult task of performing in the shoes of Pamela Moore as Suite Sister Mary. She did a great job nevertheless. The group didn’t rely on the 60 minutes of Mindcrime but graced us with some of the best moments Empire has to offer. Best I Can, Silent Lucidity, Jet City Woman and the same titled opus were the best possible epilogue for a night we will definitely cherish for years to come. We left the venue glad and with wide smiles on our faces, feeling absolutely content. What more one can ask from a concert experience?