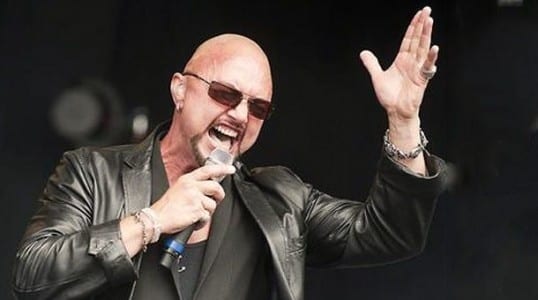 Former Queensrÿche lead vocalist Geoff Tate was recently interviewed by Andrew Catania for All That Shreds and he spoke about what remains of the original band line-up including Queensrÿche‘s version of what has been going on with drummer Scott Rockenfield.
Tate commented: “I’ve always had my own music. I don’t need the Queensrÿche name anymore, which is a good thing. They definitely need it. They couldn’t do anything on their own or make their own names without the Queensrÿche name. So, it works out, better. It’s just kind of a tragedy, really, how that whole thing unraveled. Now there is only the bass player (Eddie Jackson) and the rhythm guitar player (Michael Wilton) in the band. Everyone else is gone. I am Queensrÿche. It’s my voice on those albums and they’ll never be duplicated.”
In terms of Rockenfield‘s abrupt departure from Queensrÿche, nothing having been said about it as of late and that it seems rather odd, Tate opined: “No it’s not. Not at all. It was just a matter of time. They can spin it how they want. It’s really too bad. I hope that he does well. Even after all the pain he inflicted on everybody around him, I still have high hopes that he recovers from his problems and comes back to the music. The music will save you, no matter how far off the deep end you go. If you just rely on the music, it will bring you back. That’s my belief at least.”