Just a few days before his return in Greece with “Operation Mindcrime” Geoff Tate talks about the iconic album, what made it stand the test of time, his future plans and his collaboration in Avantasia. Waiting to watch him and his band live on February 14th and 15th in Athens and Thessaloniki. 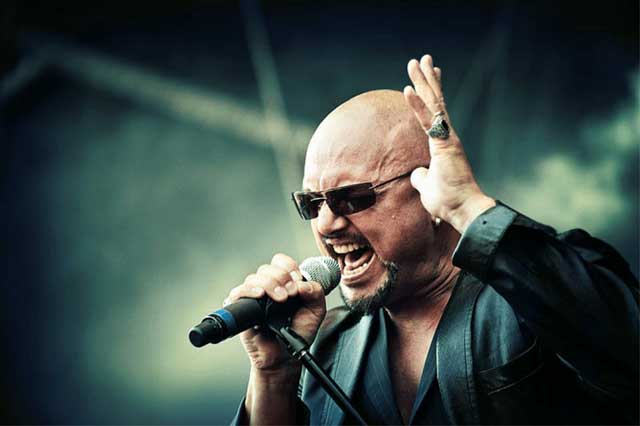 Rockpages.gr: So, you are coming back to Greece after a long time and you are playing “Operation Mindcrime” like you did in 2004 with Queensrÿche. What do you remember from that show?

Geoff Tate: I have a very good memory. Yes of course I remember. One thing I really remember is the Greek audience, it’s wonderful. They are very into the music and very passionate. That’s very refreshing, because you know audiences do not react that way, so I really look forward to play in Greece.

Rockpages.gr: You’re playing one of the most iconic album in rock and metal history, “Operation Mindcrime”. Why do you think stood the test of time?

Geoff Tate: Well, I think it’s a really good story, it connects with people, because it’s a classic theme in the chain of history. It’s the battle between good versus evil. It speaks about the relationships between men and women. It speaks about the relationship of rich and poor, the has and the has nots. Coupled with very good music that brings it all together. I think the album stood the test of time because of that.

Rockpages.gr: Playing the album now with your band and in the past with Queensrÿche … every night and tour after tour. Is there anything that you thought you should have done differently in the recording?

Geoff Tate: Oh gosh! Yeah, I suppose I’ve made several changes to the performance of the album over the years… it’s really sort of my practice to make a record and then don’t listen to it again. So, I am pretty much going after memory when I am playing live. So, I guess there are some changes in the music and melodies that happen over time after years of playing it. Changes on some of the songs. We make certain breaks happen, extended some parts, extended a solo here and there and we added a live ending to the show. There are some differences from the actual album, but I don’t think that people will necessarily recognize them. Because they are subtle differences.

Rockpages.gr: Also, “Operation Mindcrime” was a pioneering record because it also had a visual concept that was displayed to the audience back then. And maybe that was something that happened for the first time in heavy metal. Do you have any comment?

Geoff Tate: Well, we thought that the album contained a lot of visual elements that we could exhibit. There was a story and characters, that they sort of deserved to have a visual representation. So, we decided to pursue that and create a mini movie with the videos and I think we made four or five videos of the songs and kind of continued the visual theme throughout all those videos. So, that there was a continuity to it. So, yes it was very satisfying and I loved making those videos. Thinking of the actors and deciding who was going to play the part of Nicky and who was Dr.X all that was so much fun for me. 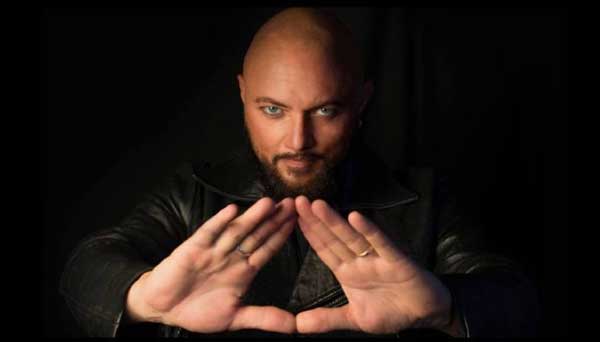 Rockpages.gr: Do you ever think that this album came too early in your career? It was only your third album…

Geoff Tate: No, I never really thought about it that way. Let me tell you that I am very pleased and happy that so many people have embraced the album and are still interested to hear it performed. I spent the last year touring the record for the 30th anniversary and had such a wonderful reception everywhere I went. All the different countries I played. It was a wonderful experience. I hope that I am around in ten years to perform it for its 40th anniversary! Hahaha!

Rockpages.gr: I thought that at some point you said that you are not going to play it anymore!

Geoff Tate: Well, I don’t know if I can. In en years I will be 70 years old. I just turned 60, so I don’t know. I hope I stay healthy enough to perform it one more time.

Rockpages.gr: The album came out just before the dawn of the ‘90s which was a very tough decade for rock and metal music as we knew it. Because, there was the rise of grunge and alternative. What was your point of view of that? That you were… “the last of the Mohicans” let’s say. The last of an era that was going to decline. But, of course you didn’t know it then…

Geoff Tate: We didn’t know it then. Yeah… I think for Queensrÿche we were just busy touring everywhere all through the ‘90s and to ‘00s. Tour, tour, tour… so it didn’t really affect us in a negative way. Touring was mostly the combination of the new type of rock music gaining popularity. And hip hop and pop music became so… I don’t know what the word is… people talked shit about hard rock and metal music in such a dramatic fashion. And at the same time all the record companies were going out of business, because downloading started happening. So, it was a 1-2 punch so to speak… Most musicians… songwriters I should say who wrote music and published it lost 85% of our income, which was based around record sales, because they plummeted. So, it was a difficult time because of that primarily. If the record companies hadn’t gone out of business it would haven’t mattered at all the change of style and interest, because we would have still have an audience, who would buy records.

Geoff Tate: No, I haven’t followed them since I left the band really. I know Scott Rockenfield is no longer playing with them and there is some sort of legal problem with him now. But, that’s pretty much all I know. 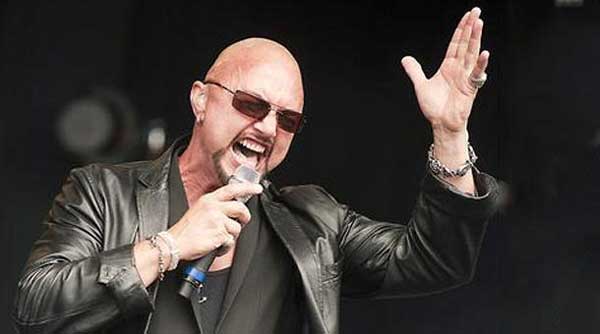 Rockpages.gr: What are your plans now? I know that you will be touring with Avantasia, but is there any plans of releasing new music, either solo, or with Operation Mindcrime the band?

Geoff Tate: Yeah, I am primarily touring this year. I am touring with Avantasia for the most of the year. But, I am planning on releasing some new music. Not a full album. I am planning to release one off songs. Probably I am guessing February will be the first one and I will have an announcement regarding it. I think I am not going to release albums for a while. I am going to release single songs for a while. I think that’s a very exciting way of doing it. It seems that this is more interesting at the moment…

Rockpages.gr: Can you give us a clue about these songs and what style they are going to be. Straight heavy metal, something different? Because you did experiment in the past.

Geoff Tate: Oh yeah… well, my last album came out in 2017, “New Reality”, part of the trilogy that I wrote and were released by Frontiers Records. And that was my 19th record. I can’t believe I have 19 albums! It’s unbelievable! But, I figure I have a few more songs left in me, so I am not sure what I would categorize the new ones as. They are aimed at a certain social issue, each one is a representation of a social issue. I wasn’t realy concerned or thinking about that they have to fit in any certain style. It was more about trying to get a strong message across in the song, and what the lyrics are about.

Rockpages.gr: Do you listen to new bands and music nowadays?

Geoff Tate: Ahhmm, not unless I have to! Hehehe!

Rockpages.gr: I think that says it all… Can you tell us about Avantasia and how was working for the new album?

Geoff Tate: Oh yeah, it was fantastic working with them. I contributed a few tracks to the new album, “Moonglow”, and we recorded them in Frankfurt and the album… I haven’t heard the whole album yet, but what I have heard of it is just amazing sounding. Beautiful music and wonderful production and the tour is spectacular. It’s just spectacular! The stage show is enormous and unique, there are wonderful singers involved in the project and great musicians in the band. So far we have several sell outs across the world and I believe that the tour is going through 8 or 9 countries. So, it’s a pretty expensive tour. I am looking forward to it. It begins in March. I am very very excited about it!

Rockpages.gr: Since “Empire” is going to have an anniversary soon are there any plans of playing this album live?

Geoff Tate: Yes, actually I have a big plan in 2020, this is the 30th anniversary of the “Empire” album, to tour that record. That will be my next tour on my own in support of that record in 2020.

Rockpages.gr: I think that a reissue of the album is also scheduled, are you involved in this?

Geoff Tate: Yeah, EMI is actually is doing that. It’s a box set of that album which is coming out and I believe that it’s coinciding with the 30th anniversary of the album.

Rockpages.gr: Can you send a message to the Greek fans?

Geoff Tate: I have to say thank you for listening to the music all those years and supporting the art of Queensryce and Geoff Tate. I hope that everyone comes to the show and sing the songs it will be the best performance that I can possibly give them and I am very excited! 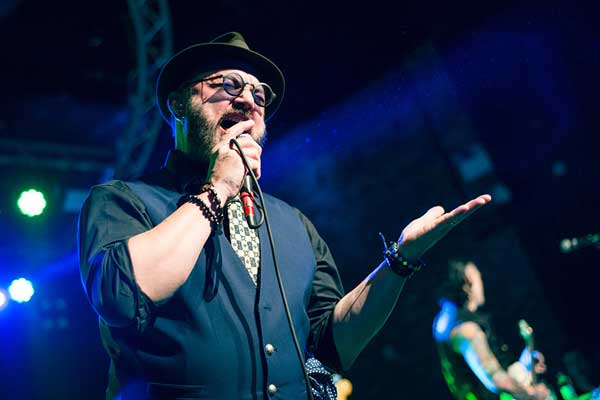