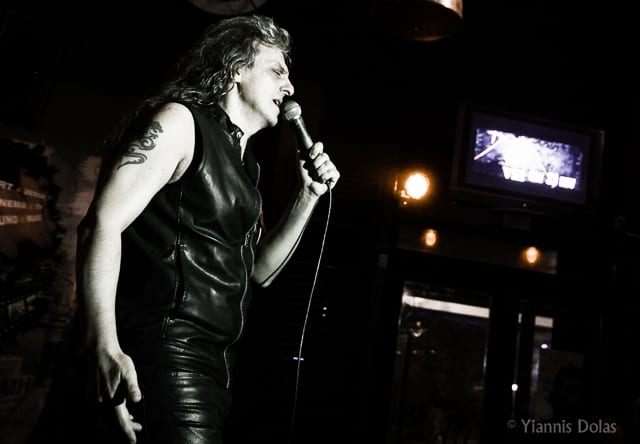 This was a very special George Gakis & The Troublemakers show that took place at Bullet Club last Friday night divided in two parts, the rock’n’roll one and the…classic one.

Destiny Heroes kicked off the evening and from what I’ve managed to listen to being fashionably late for the gig was an industrial-alternative cross somewhere between the 69 Eyes, Marilyn Manson and Rob Zombie which surely wasn’t very suitable before Gakis but it wasn’t bad at all. The band showed signs of anxiety and awkwardness, while stylistically were all over the place, with singer G.Raven and guitarist Justice Wings standing out. The song they closed their set with was “The Monster” which was what I will remember from their performance and I will dig deeper. 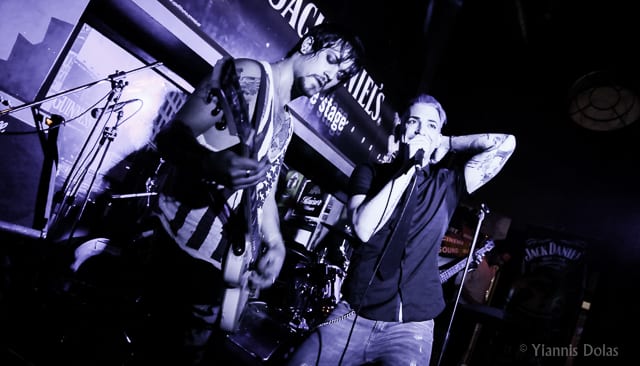 The funny thing was that when it was time for Gakis to hit the stage he was accompanied by only two musicians, the drummer and the bass player, because he was going to play guitar himself. So, for the next hour he gave as a crash course in rock’n’roll from Elvis to Jerry Lee Lewis, and from Carl Perkins to the Beatles while the classic hits were coming back to back:  “That’s Allright Mama”, “Johnny B. Goode”, “Rock Around The Clock”, “Something Else”, “Blue Suede Shoes”, “Tutti Frutti”, “Chantilly Lace”, “Beep-Bop-A-Lula”, “I Saw Her Standing There”. In between of the songs we were told stories about the “damned” rock’n’rollers music and tales who inspired rock and metal as we know them today, while two members from the band On The Road joined in for a song sharing a lot of…pain! 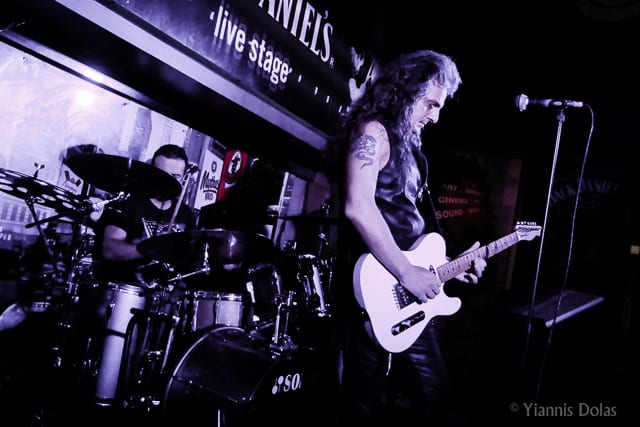 Of course, a George Gakis & The Troublemakers show cannot be without even a touch of hard rock, or not even one Whitesnake song, so although his band wasn’t complete he introduced a young up and coming guitarist, Jason, as a guest who helped to play some classics such as: Gimme All Your Love”, “Eleanor Rigby” σε hard εκτέλεση, “It’s My Life”, “Rock You Like A Hurricane”, “You Know My Name”, “Moonchild”, “People Are Strange”, “Roadhouse Blues”. It was quite obvious that the band wasn’t as tight as with original Troublemaker Bob Saganas on board, but that’s when the real quality of the frontman steps forward draws all the attention, plays with the audience and when in the end they ask him for more he takes the whole band off the stage to sing “Soldier Of Fortune” alone! 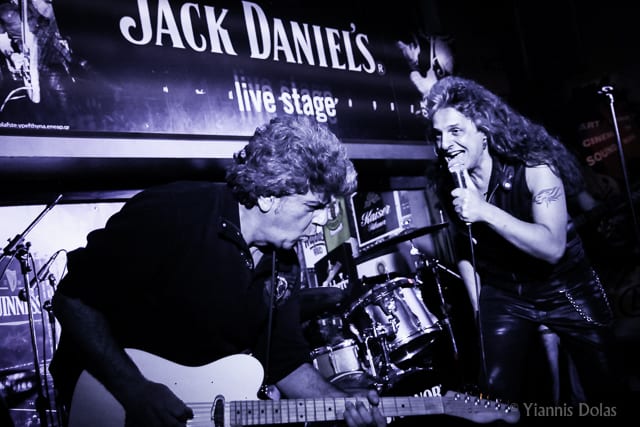 Seems that I won’t be listening live any of those great Gakis songs from “Forbidden Paradise” soon, but at least I heard something about this album that I hope it’s true and it’s official. Until then we have to wait because I am sure George will have something special to announce shortly. 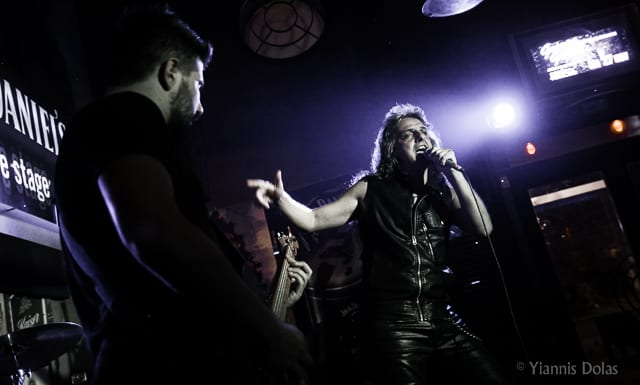