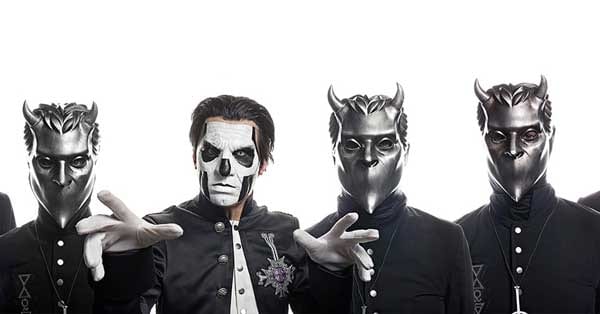 Last night’s (Thurdsay May 31st) Ghost show in Milwaukee had to stop abruptly when a fan collapsed and had to be taken to the local hospital. According to the newspaper “The Journal Seninel” the incident took place at 9:15pm when a fan collapsed security was called and CPR was administered. Half an hour later it was announced that the rest of the show had to be cancelled. The fan, who has yet to be named, was taken to Columbia St. Mary’s Hospital where he succumbed later due to “natural causes”.  Ghost have issued a statement, which reads: “Tonight, in Milwaukee there was a medical emergency with one of our fans. We decided not to continue out of respect to him and his family. Ghost and all who work with us ask that you please send the family your thoughts, prayers and respect their privacy during this time.”