Forever teenagers! Only this characterization I can give to the four girls (yes, girls) I was looking on stage making speechless countless of their current “offsprings”. Shortly before their performance at the Hard Rock Hell VIII festival, somewhere at the shores of Cardigan Bay in Wales, I am with the two original members of the band and we talk about Girlschool today and their plans for the future. I’m talking about Kim McAuliffe and Denise Dufort … Interview: Dimitris Kazantzis

Rockpages.gr: Your latest studio album with the new material “Legacy” was released in 2008. Is there anything in the pipeline for a new album? 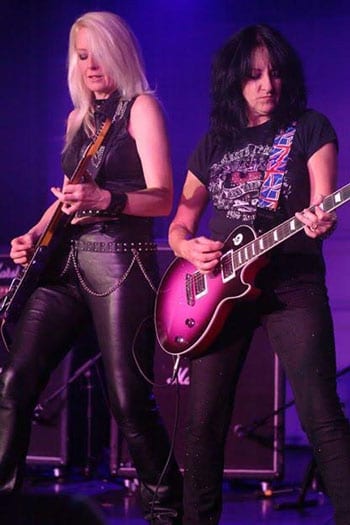 Kim McAuliffe: Yes…apparently there is! For the very first time we can actually say there are plans for a new album. We will start recording in January with Chris Tsangarides.

Rockpages.gr: We have several releases with live recorded material during the last years. I would like you to tell me with what criteria you choose which concerts you are going to release officially.

Kim McAuliffe: Well, we don’t really have a saying on these things…we only hear about those things after their release, after they bloody come out (laughs). Obviously, in the last few years we sorted out a few things and now we have many things under control, so to speak. But as far as the live thing goes,we don’t have any control really.

Kim McAuliffe: Well, we are gonna do obviously a few gigs to promote the album and there are a few festivals that are being confirmed at the moment. I think we will do a proper tour in 2015…

Rockpages.gr: Your albums are quite difficult to find in the market nowadays. Do you consider re-releasing them with some extra material maybe?

Kim McAuliffe: Well, that’s why we re-recorded “Hit And Run” as well because people kept saying that they couldn’t find the album. I think we are gonna re-release some of our early stuff that are pretty hard to find these days and make them available for the fans that want to have them. For the time being though other people own our stuff and actually there are many bands from our age that don’t have the rights to their early albums. So it’s actually nice to reclaim your stuff back.

Rockpages.gr: From 1992 and the title-album to 2002, when “21st Anniversary: Not That Innocent” was released, there is a ten-year-gap. Are the grunge sounds that prevailed those days to blame or is it something else?

Kim McAuliffe: I can’t remember what we were doing back then…it is a long time ago (laughs)! I think that we did a tour in America in 1992.

Denise Dufort: Even though you probably weren’t hearing much from us back then, we were still playing and touring.

Rockpages.gr: You are very spontaneous both as musicians and as humans. You can’t imagine how happy I was in November 2007 when I saw all four of you at the tiers of Wembley Arena watching Alice Cooper, Motorhead, and Joan Jett. A lot of contemporary musicians avoid going to concerts, how does this sound to you?

Kim McAuliffe: I was at the Wembley Arena last week…oh yeah, we are still going to concerts. We go to gigs all the time…especially Motorhead gigs (laughs).

Denise Dufort: I remember that Alice Cooper show….Alice is a great guy. We had played with him a couple of times. When we first met him we were still school girls (laughs). We were so shy when he first invited us to his tour bus… we couldn’t believe it. We had photos taken with him and it was so exciting for us.

Rockpages.gr: If a young boy or girl sees and hears Girlschool tonight for the first time and he or she likes them, which of your albums would you recommend them to buy first?

Denise Dufort: I’d definitely recommend “Play Dirty” cause that’s one of my favorites.

Kim McAuliffe: I ‘d say “Hit And Run” and “Legacy”. We love “Legacy” and there is the great list of our guests on the album who actually played for nothing… just for the fun of the whole thing. Can you imagine how happy we we were when we asked all of our heroes to play on the album and they all agreed? We were delighted. That was great for us. 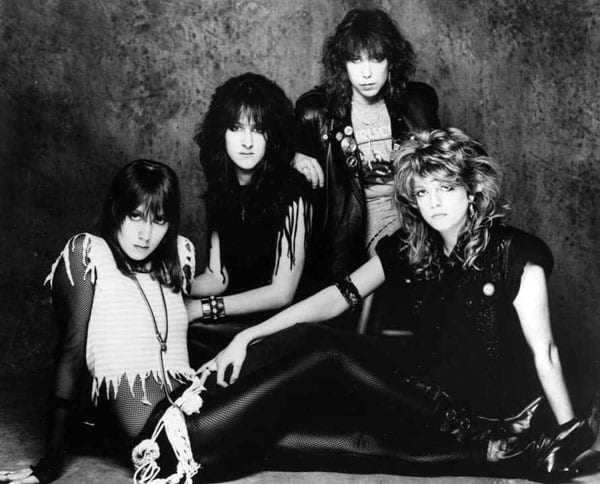 Rockpages.gr: A lot of bands also and even great names make worldwide tours for the support of a new digital single of a song. Would Girlschool ever do that?

Kim McAuliffe: I doubt it…I don’t know…most of the times Tommy (ed. notice: the manager)comes up with some ideas in collaboration with the record label and then asks us if we would like to do it. But I don’t think we could ever do a world tour based on one track… that wouldn’t seem so reasonable really.

Rockpages.gr: In January 2007 you visited my country for the first and last (up until now) time. What were your impressions of Greece?

Rockpages.gr: Which is the most important period in Girlschool’s career in your opinion?

Kim McAuliffe: I suppose really the 80s… yeah… when we first started, when we first came on the scene with Motorhead and everything, you know. That really just launched us. That was also a time when heavy metal and the whole NWOBHM was big so it was a great period for us.

Rockpages.gr: Do you think there is something missing from the releases of Girlschool? A movie or a book with the biography of the band?

Kim McAuliffe: Many years ago, Malcolm Dome wanted to write a book about us….he started it but he never really finished it. Kelly has written her own memoirs which is available online. But yeah, I think it would be great if there would be an official biography out in the future. 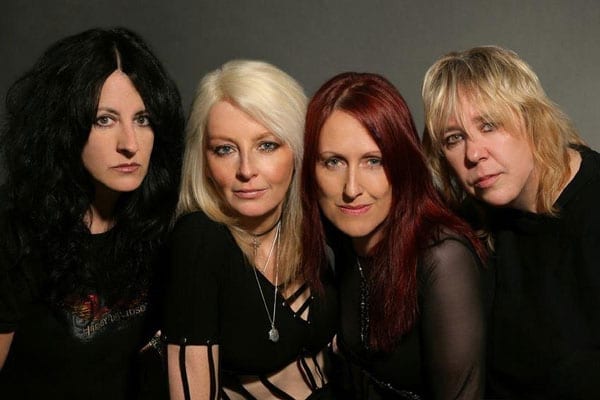