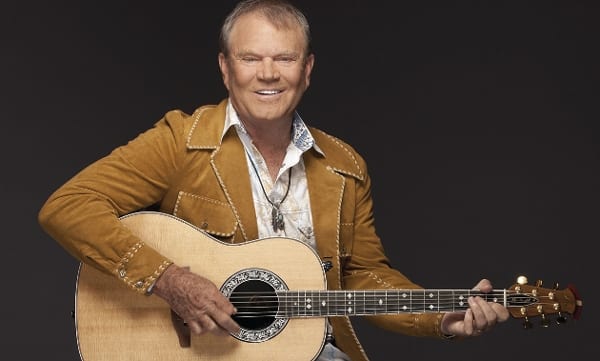 Guitarist Glenn Campbell died at 81 after a six year struggle with Alzheimer’s. he was a member of the famous Wrecking Crew, a group of session players in Los Angeles which during the ‘60s played in douzins of albums by artists like The Hollies, The Monkees, Elvis Presley, Bobby Darin, Rick Nelson, The Byrds, Merle Haggard, Lee Hazelwood, Nancy Sinatra, the Righteous Brothers etc. He played on the famous “Pet Sounds” album by the Beach Boys, he purdsued solo career in 1967, he hosted his own TV show, The Glen Campbell Goodtime Hour, for three years, he played in the movies, while he kept recording even though he was diagnosed with dementia in 2011. Billy Corgan and Paul Westerberg were among his biggest admirers, as well as Bruce Springsteen who said about him: “A beautiful singing voice,” he said. “That pure tone. The simple presentation. It was never fancy. He wasn’t singing all over the place. It was simple on the surface… but there was a world of emotion underneath.”