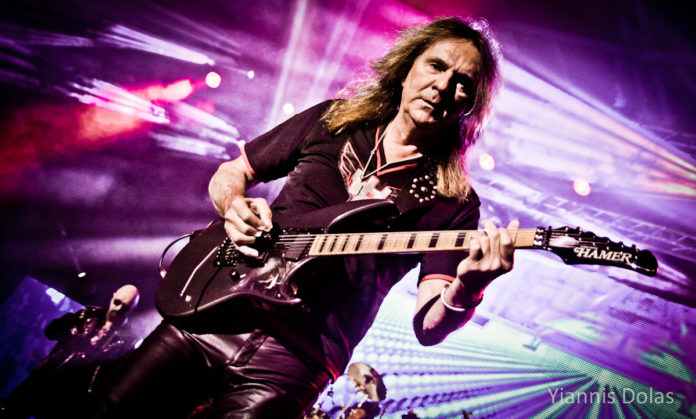 “It’s tough, because Glenn’s a good friend now, after working with him for a few years. They’re all good friends, actually. But seeing what the guy is going through, and he’s so determined. I’ll see him sat in the studio, and he’ll be struggling, if I’m honest, but he’s so determined. And it must be so frustrating for him, someone who’s lived his whole life for Judas Priest — 50 years. It’s a rotten thing to actually happen to anyone, but to happen to a guitarist of his caliber…”

According to Sneap, Tipton is “still very much part of Judas Priest” and will be “involved with the songwriting” for the follow-up to “Firepower”. “Even if we have to piece bits together, he’s still gonna be a major part of it,” he said. “It’s just the physical aspect of him going up there and doing it. And especially with what’s happening now in the world, it’s just not something you can consider at the moment. I don’t know where it’s gonna go in the future. It’s a case of just see what turns out, really.”