In one of those rare opportunities that you get only in big festivals abroad we managed to chat with Godsmack’s bassist, Robbie Merril, about their recent “1000HP” album, the band’s future plans, Led Zeppelin, what he hates on other bands, his daughters as well as the chance of them playing in Greece. Although it’s been a while since the “Crying Like A Bitch” incident he doesn’t miss the chance to slam Nikki Sixx about his behavior that led to his connection with the specific song. Interview: Mariza “Crash”

Rockpages.gr: There is a rumor going on for the past few years about “Cryin’ like a bitch’’ song, that is dedicated to a member of Mötley Crüe. Is that true? And if so, which member and why?

Robbie Merril: Shannon came up with the title while he was watching a football game. He was a famous quarterback and he lost the game and he was crying like a bitch. And Shannon screams “Ahh stop crying like a bitch’’ and he wrote the title down and a year later we were with Mötley Crüe and things weren’t going so well backstage with their behavior. So we got in the studio to write, and Shannon had that title and so it was basically not about that but it is connected. They gave us a little writing material. The one who inspired us the most was the bass player, Nikki Sixx. He can be nice but also he can be an asshole, it depends what day it is. I never had any problems with him but Sully had some issues. Although they cleared it up, Nikki Sixx made some stabs about us in his radio show by calling Sully shore  and other stupid stuff. 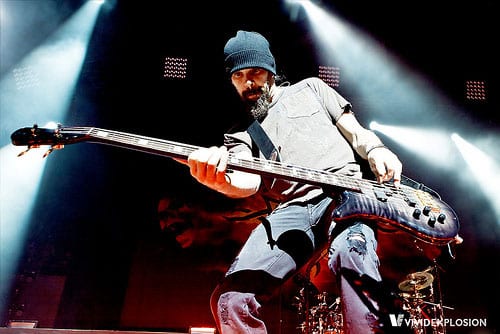 Rockpages.gr: I believe that  right now Godsmack is bigger than Sixx A.M. which is Nikki Sixx’s side project. Maybe that’s why he is trying to make you look smaller.

Rockpages.gr: What was the most easy going band  that you toured with ?

Robbie Merril:We’ve  toured for 20 years now so one of my favorites I would say would be Metallica,  we toured with them in Europe and USA in 2003 and in Europe the very 1st day we had an amazing  dressing room with tapestries and James walked in, sat down and we started talking and every day he would come in and hang out. He even rode the bus with Sully one time and he wasn’t been on a bus since the accident. He was really cool. We played with him, jammed with him. Those were one of my favorites. One of our first big festival tour was with Ozzy at the Ozfest and we toured for a couple years and met him a couple times and he is alright. But my favorite would be James from Metallica. James is great  and he is sober, I didn’t met him when he was not sober. They are all respectful. 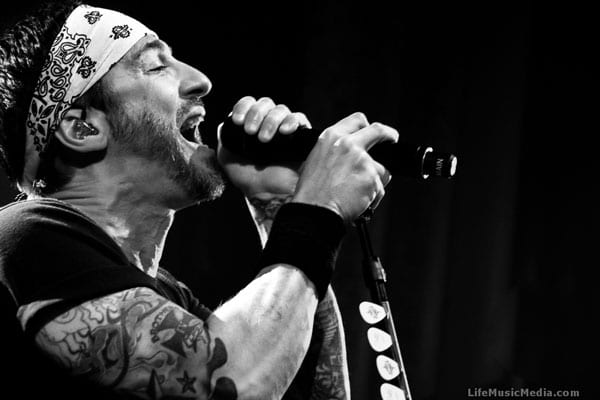 Rockpages.gr: Are you interested in playing in Greece sometime soon?

Robbie Merril: I hope so! Maybe next time! We just did Bulgaria and we are going now for 3 shows in Russia and then Romania. Its close right? So, maybe next time. Maybe it’s the money thing that we haven’t come over there yet. It costs a lot of money for us to get  over, right now we travel pretty heavy considering we are going on later in the rest of Europe but we are doing this for many years and we can’t let go. We need our people with us and there are 2 buses too. I bet you in the near future will definitely gonna be able to come to Greece

Rockpages.gr: Which is your favorite song of all time including Godsmack?

Robbie Merril: My favorite band is Led Zeppelin, I like all of their songs I don’t really particularly have  a favorite one. Well, “Achilles Last Stand’’ from the “Presence” album  I think is killer considering  they wrote it 3 years ago, it’s heavy… it’s got everything you need in a song.

Rockpages.gr: Is Led Zeppelin an influence to you”? 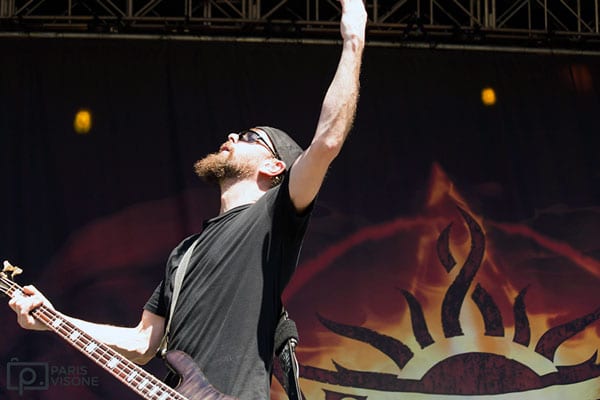 Rockpages.gr: What irritates you about other bands and how do you deal with it?

Robbie Merril: Being unfriendly. We are a really friendly band, we are quiet and if you say “hi” we will say “hi” back. We are laid back and we think that life is good. It is what it is. You can’t beat this.

Rockpages.gr: I read that you have 3 daughters. How is it for you and for them being away so  often?

Robbie Merril: Yes that’s right! I have an 8 year old, a 6 year old and a 4 year old. It’s not the same when I am away. The hard part now is I miss them big time, but I do this for them now so it gives me a goal. We have Face Time very often. I miss them more than they miss me. They are like ‘’yeiii whats up dad’’and I am like “ohh I am good”… and they leave without even say I miss you.

Rockpages.gr: Did you ever think of bringing them together on tour?

Robbie Merril: That’s hard to do because in a band we share a bus together so I can’t. But, if I am local within two hours will come with me, but not for a long time because mom  will have to take care of them and that’s a lot of work. When I am local they always come to the shows. We just did a tour to Australia and we did 5 weeks in USA and we had 10 days off and then Europe for about a month. We are doing again a 9 week tour in USA and in Canada from September to November. 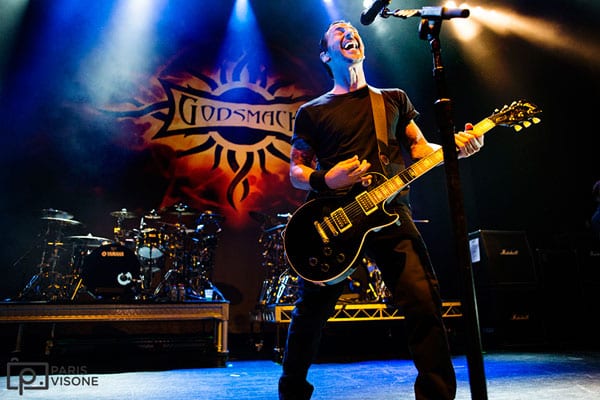 Rockpages.gr: Plans for the future?

Robbie Merril: Next year we are going to write a new record. Today we were writing some songs on the bus while we were coming to GRASPOP. So that’s what we will do more during the fall and then we will gather together all four of us on February 2016 and start recording.

Rockpages.gr: How do you feel about Mayor Marty Walsh’s decision to declare August 6th  as “Godsmack Day” in the city of Boston?

Robbie Merril: That was pretty awesome. To be recognized you know, we always say we are a Boston band and stay true to our roots. It was cool since he is the mayor. He showed up and he gave us a little speech and he gave us awards. He said you got the key to the city for one night. He even gave as a jail card free for this day. It was fun. It was a good time.

Robbie Merril: We feel is the best album we have done since our first record. We have a 3rd single now “What’s Next’’ and its climbing on the charts every day so we are pretty happy about it.

Rockpages.gr: Do you think that now is the best year of your career so far?

Robbie Merril: Well we figured out a formula to record faster and easier as a band than what we used to do. So, that’s a better era for the band and I guess for our career too. In the beginning you always do drums first and bass and then guitars and me and Shannon will be done in a weekend and we go all and for the next 6 hours Sully will stuck doing his thing and then we record a song each day every day. So you done in 3 weeks and that’s pretty good.

Rockpages.gr: Are you more than just band members?

Robbie Merril: It’s been a long road but  we are tighter now than ever .It’s like being married for 20 years. It has its ups and downs. It was years that I didn’t talk to some band mates while we were on the road, but we worked it out its all good now. We share a bus together and it’s awesome and fan even doing this. Coming to Europe and all. We have a goal now! 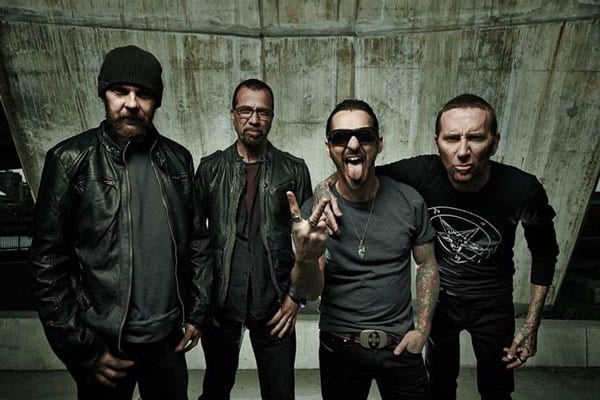