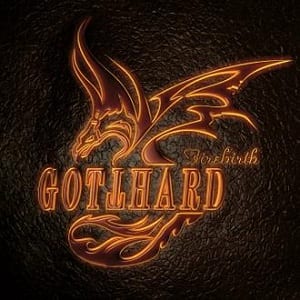 First album without the late Steve Lee and the emotions are surely mixed…first of all, I am not one of those who think that Gotthard should not continue without Lee. Quite the contrary, If I may say so…and the new singer Nic Maeder is doing a great job behind the mic (truth be told here, the voices are quite similar). The forerunner of “Firebirth”, the video-clip of “Starlight”, was an instant winner and the best appetizer for this difficult return by the Swiss hard rock outfit. So, the expectations grew bigger…
From my perspective, “Firebirth” doesn’t present many different elements compared to Gotthard’s three previous records. Maybe, they flirt a little bit more openly to the US Hard Rock sound of the late 80s…but again, that is far fetched. I will be honest though…I am not sure if I’d expected more things by the new Gotthard offering. After all, this is a well-crafted album that includes some wonderful ballads (especially the lyrically moving “Where Are You”), a few catchy up-tempo moments and all in all it sets out a distinctive live energy. On the other hand, there are some embarrassing moments in “Firebirth” (like for instance, “Yippie Aye Yay”) that luckily don’t spoil the overall good picture.
All in all, I’d say that this was a difficult album in the making that Gotthard managed to pulled it through. Now, is this sufficient enough for someone to buy the album…? Well, that depends on your taste and…money.
Highlight: “Starlight” was a great choice for a first single.