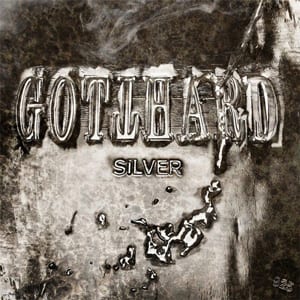 Τhis is the 12th album, from a legendary hard rock band with great music history  and many  songs that will always be in our hearts and will never be forgotten. I must admit that I stopped following the band after Steve Lee’s tragic death. I listened to some songs in a random fashion but I never paid the desired attention to the band until now that I got the album “Silver”.

Nic Maeder’s vocal abilities are more than what I expected. He is a great performer with a sound very close to the dearly departed Steve Lee. The comparison will always be too hard for him, but then again that would be the case for anyone called to fill the shoes of a legend. Of course that doesn’t mean that a man can’t try…The most important fact is that Gotthard are still here and they haven’t given up spreading pure hard rock to all of those who are hungry for it!

As a whole, the album is flawlessly delivered and truly inspired. In particular I was touched by the guitar riffs especially in the songs ”Εlectrified”, ”Τequila Symphony No.5” , ”Everything Inside” and the bonus track ”Walk On”. As for the low tempo tracks, I definitely loved the single and video clip of the album, ”Stay With Me”. I feel that “Silver” is a pure hard rock album with no fillers and its definitely one that every hard rocker should listen to.
I hope that Gotthard will appear at one of the two foreign festivals that I am going to attend in the coming months thus granting me the chance to watch them perform live and be able to have the whole picture concerning Nic Maeders’ abilities.