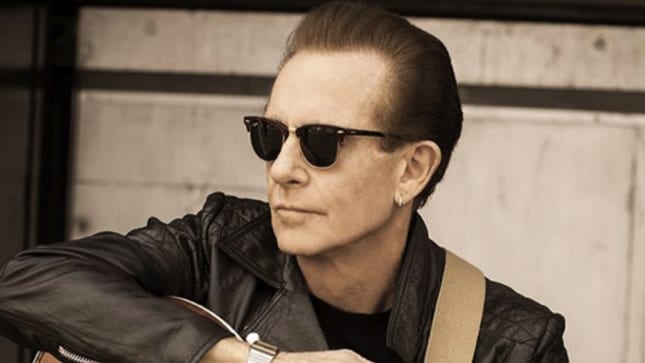 In a newly posted interview with music writer Joel Gausten, legendary singer Graham Bonnet (RAINBOW, MSG, ALCATRAZZ, GRAHAM BONNET BAND) discusses a number of topics, including his uncomfortable arrival in RAINBOW in 1979 following the departure of original vocalist Ronnie James Dio.
Graham: “I really didn’t think I belonged when I joined RAINBOW, for instance. I went to sing the audition with a suit and tie on; I looked like a bank manager or whatever. There were a few jokes and snickers around the room when I approached ready to sing my audition piece. But after I had done the song, they all smiled and laughed and made me sing two or three more times over to make sure I wasn’t kidding when I sang it. I got the job not because of my suit or whatever, but because of my voice, I hope. The music comes before the way you look. But I’ve always been into 1950s music and the 1950s look, and I wasn’t going to change just because I was asked to join a so-called ‘hair’ band, a heavy rock band or ‘heavy metal’ band, if you will. It wasn’t my thing; I never knew who RAINBOW was, so it was totally different for me. Eventually, I fit in; they got used to me looking the way I looked. As long as I sang okay, everything was good. With the album I sang on, I sang my heart out because it was something I had never done before; it was all new music to me. I learned along the way from [then-RAINBOW bassist] Roger Glover and from [RAINBOW founder] Ritchie Blackmore how these songs were written, because I was used to more sort of R&B-type songs… I thank Ritchie and I thank Roger for guiding me through it, but it felt absolutely wrong for me to be there. [After the audition], I went home to my manager in London and said, ‘I don’t think I belong in this band.’ He said, ‘What the hell are you talking about? I heard you sang your balls off on the audition piece.’ I said, ‘But I look wrong. The music they’re playing is sort of classically influenced; it’s not like the stuff I do.’ He said, ‘You’ve gotta do it.’ I went back again to finish off the album…It worked out well, but it was a long procedure because it was something totally new to me. I felt very, very green and pretty much like a baby being introduced to this genre of music.”