Thirty five years have passed since the release of “Down To Earth” by Rainbow. Graham Bonnet, the singer of the great band at that period of time, toured recently with his band, playing songs mainly from this album, which was a transition point – let’s say it this way – for the band’ s career the way it evolved. He talks with Dimitris Kazantzis not only for the period he released his only album with the band, but also for his career after the Rainbow and his current activities, in a very interesting interview. Interview: Dimitris Kazantzis

Rockpages.gr : It’s been 35 years since the release of “Down To Earth”, how does the “voice” of this album feel about it today? 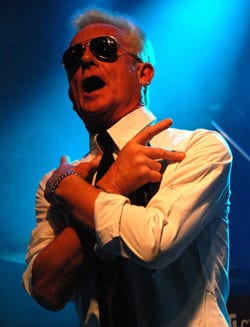 Graham Bonnet: It was fun! It was fun to record the album and then go out and sing the songs in front of an audience that knew all the lyrics…I enjoyed making that album. Nowadays, we are trying to rearrange some of the songs from that era so as not to sound stale. For instance, I’ve experimented with different styles of “Since You Been Gone”…I’ve done a reggae version of the song. But it’s always fun because people want to hear those songs.

Rockpages.gr : I would like you to remember under which circumstances you replaced Ronnie James Dio and also the reasons that led Ritchie Blackmore to decide to turn the music style of Rainbow into something more mainstream.

Graham Bonnet: Ronnie left for his own personal reasons…I think he wanted to do something else. To take over the position of a singer like Ronnie was a really difficult but also challenging task. After all, I was a totally different singer than him. I was more into R n’ B and pop music. What happened with the band was…well, the management wanted the band to become more radio friendly and so they came up with the idea of covering this commercial song called “Since You Been Gone”. I remember hearing the song with the rest of the guys and we instant said: “we can’t do this!” (laughs). It’s not Rainbow at all! But the management was really pushing us to do something more commercial. The truth is that this song put Rainbow on the map whether you like it or not. Rainbow became a more familiar name compared to all the previous albums. Rainbow was a more of an underground band with Ronnie.

Rockpages.gr : How easy is for a musician to come and work with the band of Ritchie Blackmore?

Graham Bonnet: For me it was…I didn’t know Rainbow and I wasn’t accustomed of working with someone who was into hard rock, early heavy metal music. I worked really hard to make the proper arrangements for the songs that Ritchie was writing at the time. I wanted every idea of mine to fit properly with the song structure. The truth is that being with Ritchie and working closely with him, I learned how to write and sing songs in that genre, in the rock genre. I used to sing pop songs where there is the verse, the chorus…the usual structure. With Rainbow it was almost like a semi-classical kind of music, like a symphony or something. It was a very learning experience for me.

Rockpages.gr : You have collaborated with many great rock musicians. Based on your experience with each one of them, would you like to work with someone again?

Graham Bonnet: Definitely Steve Vai…he is my favorite guitar player. He is a very…avant garde guitarist and you don’t know what he is up to when it comes down to guitar playing. He always has these great ideas and he comes up with some left-turn guitar solos; not the ones that someone would expect. We also had the same frame of mind when it came down to songwriting. Writing a song and discussing about it with Steve was always an interesting subject. I remember him telling me: “Graham, tell me a story…write some lyrics to build a song on them”. My favorite album will always be the one that I did with him when I was in Alcatrazz. The first one with Yngwie Malmsteen was like a Rainbow thing…something to test the waters. I wanted at the time to form a band that will play more or less like Rainbow. The cool thing is that Steve shares the same opinion with me. His favorite album is also the second Alcatrazz record. I was talking with him a while ago and he told me that this album still sounds fresh to his ears…not dated at all. So yes…Steve is my favorite guitar player and the one that I would work with again. 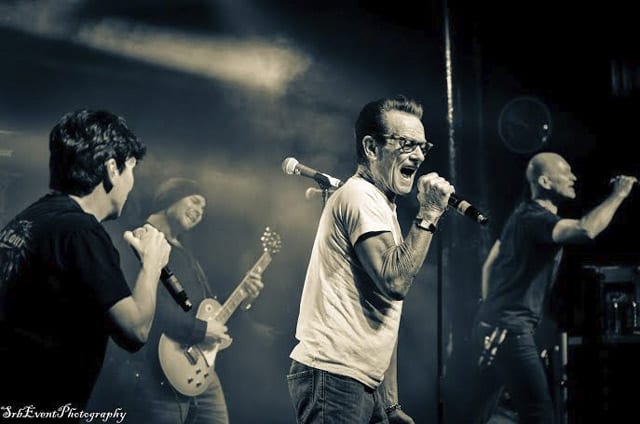 Rockpages.gr : Your current tour is called “Catch The Rainbow Tour”. Did you ever think to invite former members of Rainbow?

Graham Bonnet: (laughs). Yes, I thought of it…as a matter of fact, I wanted to do something like that up until very recently. I think it would be fun but it’s also very appropriate as Ritchie is doing his own thing…his own medieval thing with his wife. So, it would be great if we could all get back together and play those songs again. The obvious problem, of course, is the guitar player slot. You know of course that Ritchie is one of a kind and Rainbow was his band. You also know that Ritchie probably wouldn’t agree to do a Rainbow reunion tour. But if the price was right, I think all the guys would come back together. I would love to do a Down To Earth Tour again. It all comes down to negotiations. As you get older you tent to drift apart from each other but what happened with that band is now history…we all went our separate ways and that’s part of the past now.

Rockpages.gr: Impellitteri was always a very interesting case with excellent musicians and people really liked them. Are there any plans of working with them in the future?

Graham Bonnet: I don’t know…I did two albums with Chris Impellitteri…the last one was “System X” which was really, really heavy. Not like Rainbow but…ultra heavy (laughs). As far as I know, Chris carries on…I think Rob Rock sings with Impellitteri nowadays. I think Chris is now inclined more towards into religious rock n’ roll, which I am not. He talks about Jesus in his songs…I am not into that stuff when I write lyrics or sing songs. In my mind this has nothing to do with Rock N’ Roll. Chris is a very religious person and his singer believes in God so I think that they make a good match. As far as I know, he is still working with that guy…I don’t know. I haven’t spoken to Chris for years. 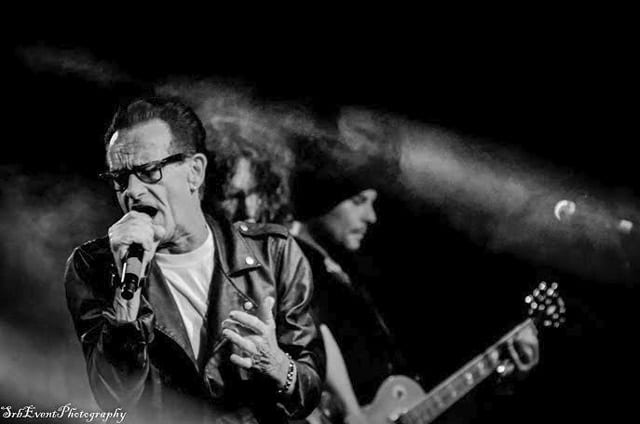 Rockpages.gr: What about the Alcatrazz? Shall we expect a new studio album, a tour…?

Graham Bonnet: I left Alcatrazz a few months ago and I am now staring a new project…actually, I don’t want to call it “a project” as it is a regular band. We are a trio…two guitar players and a bass player. I play guitar, too…which is a surprise, I guess (laughs). What we want to do is divide the show in two parts: the first one will be semi acoustic and the rest of the show electric. We might also do some of the Rainbow songs in an acoustic style…we’ll see. But there is gonna be plenty of new material, too as I want to write some new music…that’s for sure.

Rockpages.gr: What kind of music do you listen at home?

Graham Bonnet: Anything but heavy music…to tell you the truth I don’t listen to much music at home. I prefer watching a movie or a comedy show on TV. But when I listen to music, I prefer to listen to Brian Wilson…old stuff like Little Richard, Buddy Holly…1950’s music! Brian Wilson is one of my heroes…I love the Beach Boys. I love what Brian does even nowadays…I’ve seen him twice on the road. He is just an incredible musician. I think he is just a genius.

Rockpages.gr: Which period of your career do you miss more?

Graham Bonnet: Being recognized on the streets (laughs)! I think that was kinda cool when I was 20-30 years younger. The constant touring was something that back in the day I didn’t like that much but now it is something that I definitely miss. Once you become a professional touring musician, it gets in your skin. It’s like going on an “autopilot” mode (laughs). 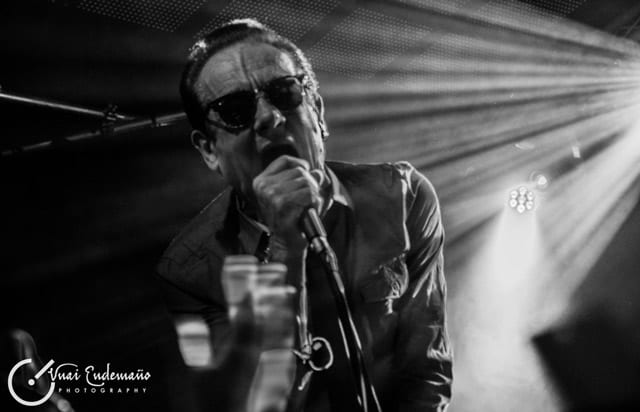