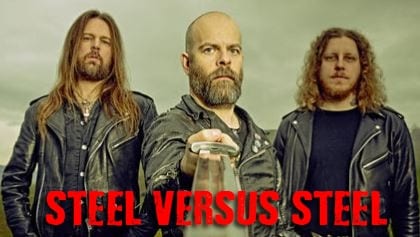 Grand Magus were formed in 1999, with Janne JB Christoffersson (guitar, vocals) and Mat “Fox” Skinner (bass). As a power trio and hard work, they did a lot of support acts and after giving everything they got with their stoner / doom start (“Grand Magus”, “Monument”), they found their heavy metal way with “Wolf’s Return” and completed the under the roof of Rise Above releases, with the epic “Iron Will”. 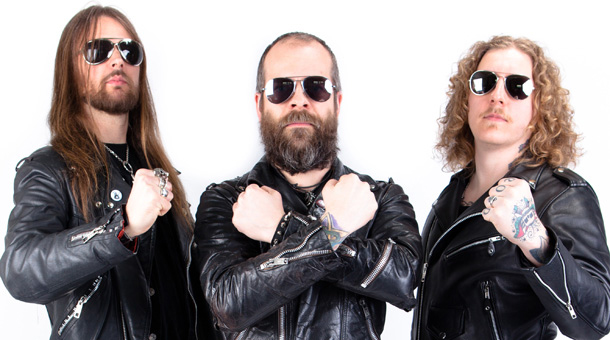 The big breakthrough was with the next album, the HUGE  “Hammer of the North”, where Priest met Bathory with Manowar style. After a brief return to their hard rock roots, their last two releases are diamonds of the epic traditional sound! Fredrik “Trisse” Liefendahl and Sebastian “SEB” Sippola passed from the position of the drummer, and since 2012 Ludwig “Ludde” Witt holds the position, also the permanent drummer of Spiritual Beggars where he has already collaborated with JB who offered his vocals for the period 2002-2010. 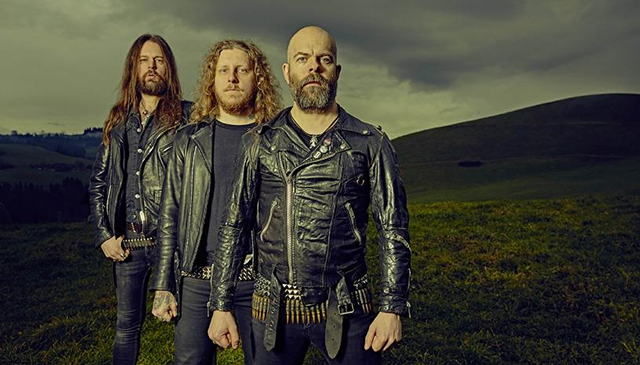 It will not be an exaggeration to say that Grand Magus is the fittest band of pure heavy metal at this time with consistently good releases and a dynamic but mostly firm presence in their live performances. They honor heavy metal and heavy lifestyle through the Swedish and Viking tradition as Manowar did in the past. Battle riffs, bass beating in the heart and loud drumming! Characteristic are the vocals of the baritone JB calling to arms! The influences are obvious and immaculately integrated: Black Sabbath (Dio era), Rainbow, Manowar and Judas Priest. 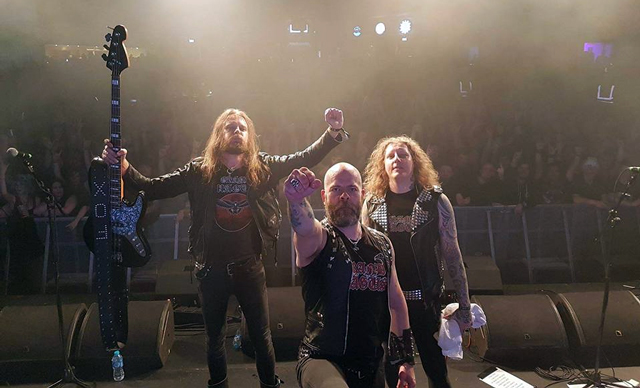 After their last tour as support for Amon Amarth and the truthfulness they radiate they have won more and more fans.

5 years after their explosive Live at “Kyttaro” as headliners, Grand Magus are here again (Athens September 30 Fuzz Club, Thessaloniki 1st October 8ball Club) to make you take the swords from the sheaths and lift your fists high. And do not be mistaken.

This is not a graphic Virgin Steel-like of the recent history performance. The heart of true heavy metal is beating in Grand Magus!