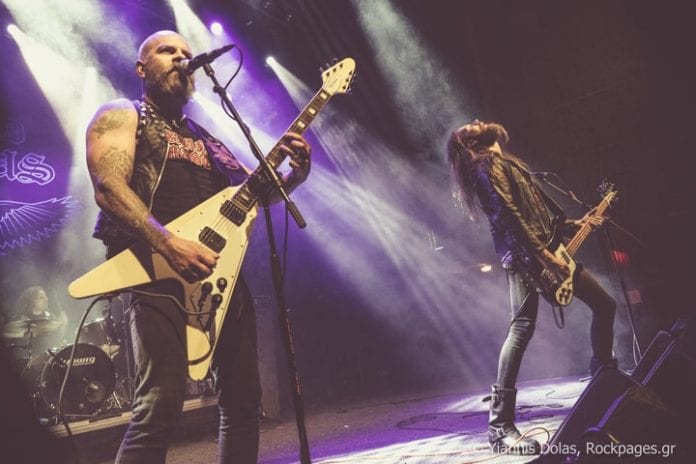 Grand Magus did not forget whenever they were asked to inform the Greek audience that their next headline appearance would be longer in duration and different than the one of 2012 at Kyttaro. A super-dynamic appearance, but of only one hour and ten minutes duration. Five years and two albums later, and while the successful tour with Amon Amarth (which passed from Greece less than a year ago), the epic metallers are here again here, in a larger venue, this time at Fuzz. 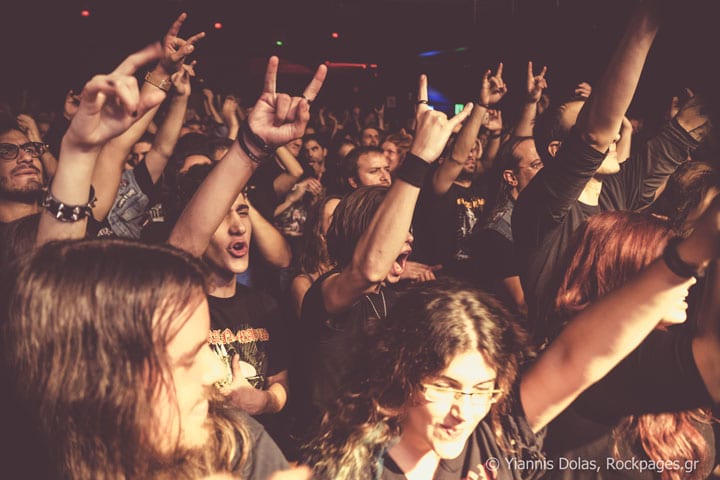 The announcement of 2 support bands initially worried me about the duration of the set that will be played by the objectively important and accepted by all representatives of epic heavy metal. My worries have been impressively disproved and this is what happened on Saturday night.

The Mound that opened was exactly what was needed to warm up the audience, with their dynamic vocals and their Clutch / 1000mods influences blending wonderfully with the Sabbath flow of their tracks. 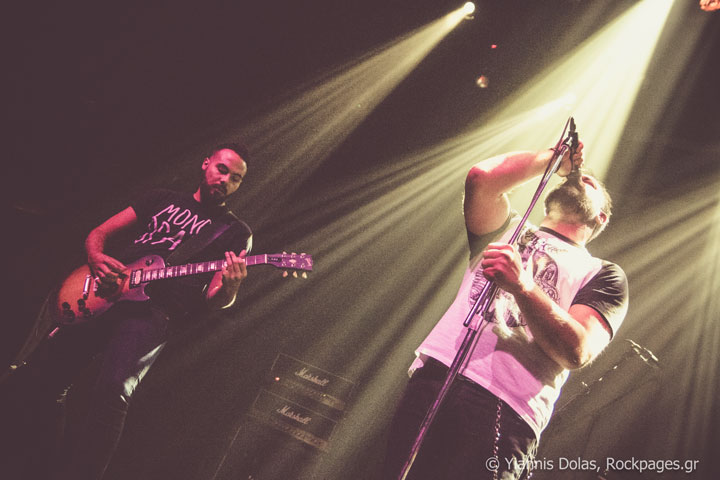 After half-hour of The Mound, Sacral Rage proved for 50 minutes how great and interesting metal this country can produce. Supersonic, alien-lyrics metal, with rapid-riffs and Μidnight-like vocals. Just as if the old Annihilator jammed with Mercyful Fate. Impressive front man with his daring stage presence and corpse paint but also awesome players all of them! 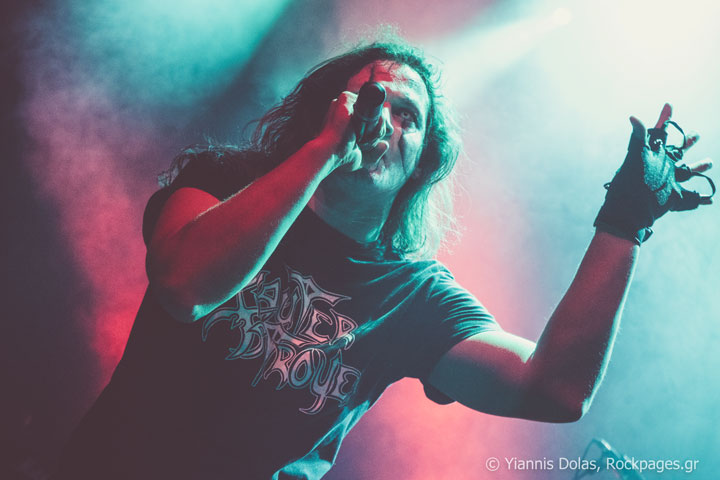 At exactly 11, Grand Magus gave their best and most complete live show in Greece. An hour and forty minutes of pure heavy metal. Serious, firm, with a very careful selection and set of songs, the heroic trio from Stockholm left no room for dispute. With their dynamic presence, great sound and joy (JB smiled!) they gave a live performance that did not make anyone feel bored not even for one moment. They played songs from all their albums (“Kingslayer” from “Wolf’s Return”), except from the first two, while they also played “The Shadow Knows” especially for the Greek audience. An audience that responded to both the old and the new songs of “Sword Songs”, but from time to time lost its loyalty. So, the “Silver Into Steel” encore was ignored, waiting for “Hammer of the North” which ended the live in a total bang! 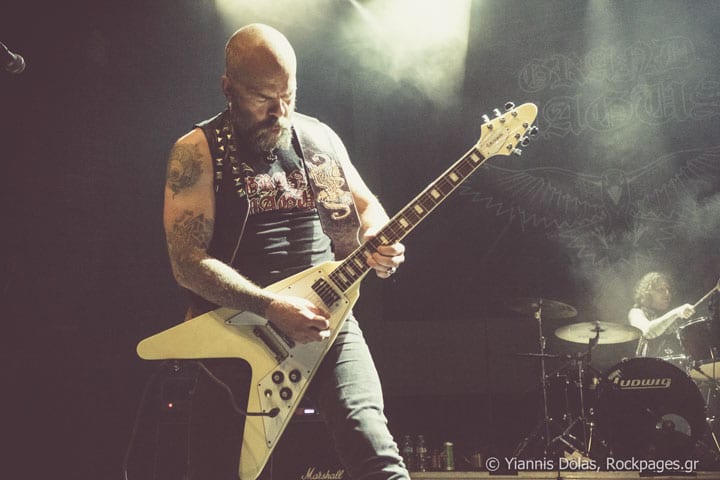 Until that moment I think the highlights were “Hooves of Gold” and “Ravens guide our way” where only few heads remained still. The sea of headbangers left JB completely satisfied, who was constantly grateful for the honor we made to attend. JB, Fox and Ludwig thank you! You are true, and you have won it on stage without special shows, costumes or speeches! With your heavy music alone!

I, The Jury, Sword Of The Ocean, Varangian, On Hooves Of Gold, Steel Versus Steel, Forged In Iron-Crowned In Steel, Ravens Guide Our Way, Like The Oar Strikes The Water, Iron Will, Valhalla Rising, The Shadow Knows, Freja’s Choice , Triumph And Power, Kingslayer
Silver Into Steel, Hammer Of The North 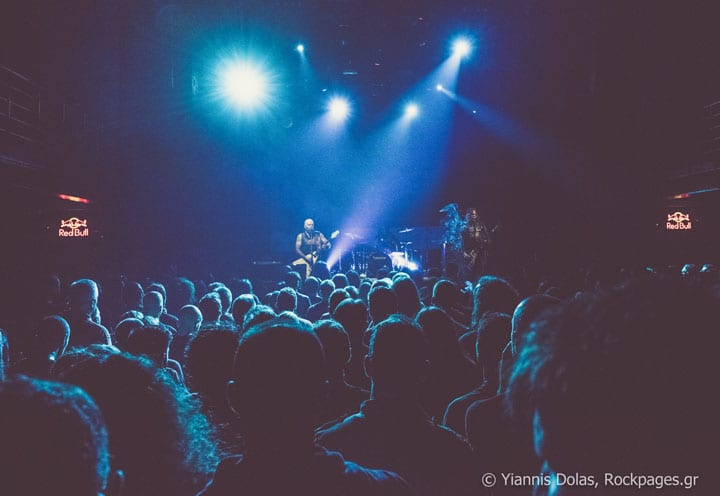