This is the third and the last day of Graspop  festival and I am already in terrible pain, from standing two days on a row, to watch so many great bands. The weather was terrible, but that didn’t seem to matter, especially when you spend your time having so much fun.

The first band of the festival that I wanted to see live was Pop Evil, to whom I listened for the first time, when I watched their video clip with Mick Mars ‘’Boss’s Daughter’’. After their live performance I think they doubled their fans in Belgium and Holland, since they were the perfect band to start the day with. Although the sound, where I was standing, wasn’t that helpful since the bass was hitting me really hard, the band had the nerves and style to prove that is awesome on stage too. They have some songs in the first albums that I don’t really like, but luckily they preferred to add mostly the new ones in the Graspop   playlist and that was satisfying enough. I believe that Pop Evil has a bright future and I am sure that I will have the chance to catch them live again soon. 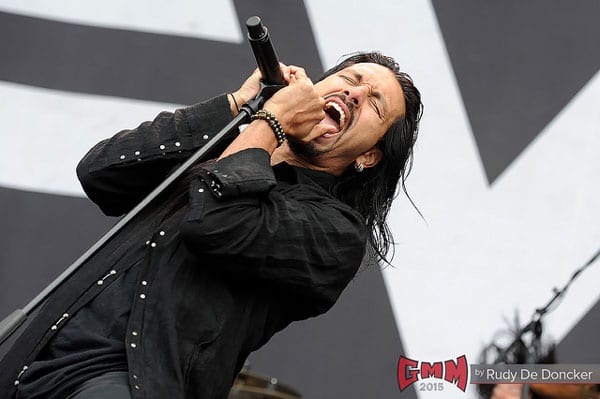 There was a rumor going on, that Parkway Drive create chaos on stage and under it when they play live, but I had no idea before watching them live in Graspop. Till now I didn’t have the time to listen to their albums, so I didn’t know any of the songs. Of course I didn’t mind, because the band was so good live indeed, that you were headbanging unconsciously. The crowd became an enormous ‘’Mosh Pit’’. For those who love new age extreme metal sound, Parkway Drive is a ‘’must watch live’’ band.

Wild Eyes ,Carrion ,Karma ,Dark Days ,Deliver Me, Vice Grip, Idols and Anchors ,Bulls on Parade (Rage Against the Machine cover),Home Is for the Heartless 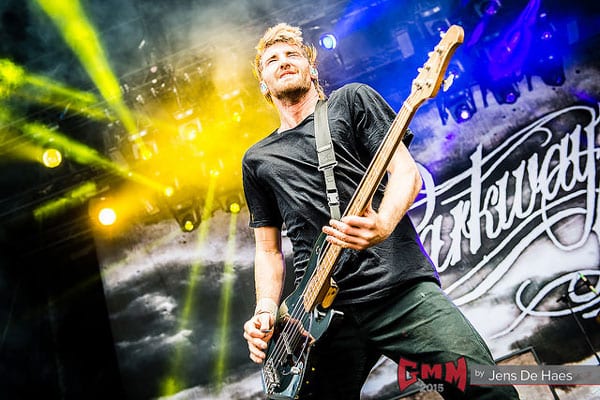 After Parkway Drive, Papa Roach came on stage. For most people, this band became famous only because of ‘’Last Resort’’ song. But the Graspop crowd had different opinion.Τhe band connected immediately with their fans and made them jumping up and down for the whole show and if I recall correctly, the singer told to the crowd that it was one of the best live gigs he ever had. Papa Roach is the kind of band which has big respect for their fans, which they proved by being the only band who arranged a ΜΕΕΤ Ν GREED event ,a few hours before the show, with some lucky fans.

Face Everything and Rise, Between Angels and Insects, Where Did the Angels Go?, Blood Brothers, Broken Home, Forever, Kick in the Teeth, Getting Away with Murder, Falling Apart, Scars, Lifeline, Warriors, Last Resort, …To Be Loved 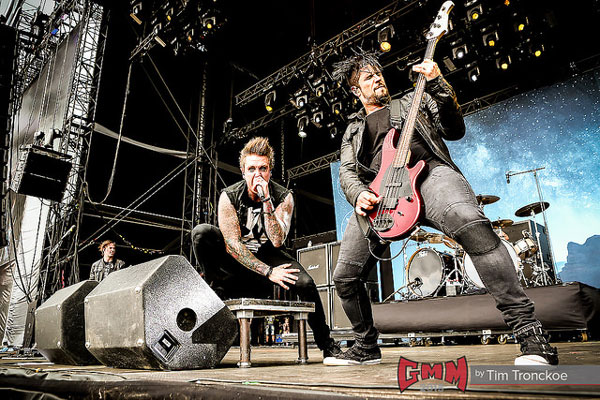 After some hours I was really excited, because the next band that I wanted to watch live was Airbourne. The Australians had made a strong impact in the whole metal world, especially to the AC/DC fans. They have succeeded an amazing result of pure hard rock songs and attitude. I don’t know if they play everywhere that awesome, but in Graspop they were one of the best bands of the last day, making everyone loving them. An interesting highlight from Airbourne’s show was when Joel O’Keeffe, climbed to a security’s shoulders, while he was playing guitar.

Ready to Rock Too Much, Too Young Too Fast, Chewin’ the Fat, Girls In Black, Cheap Wine & Cheaper Women, Black Dog Barking, Diamond in the Rough,  Stand Up for Rock ‘n’ Roll, Encore: Live It Up , Runnin’ Wild (with ‘Paranoid’ and ‘Dirty… more ) 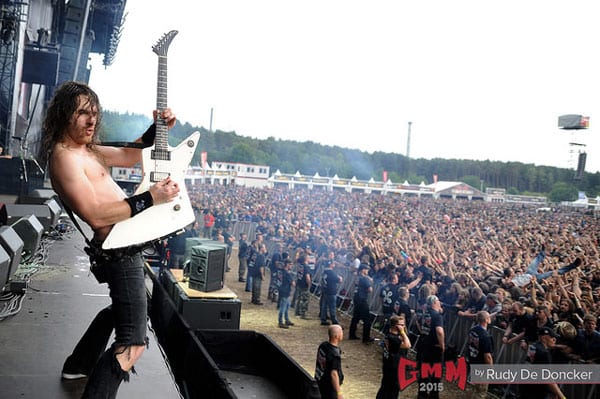 My next favourite band in the festival was UK’s FM, for whom I run to watch on the smaller stage. In my opinion, Thunder and FM are two “difficult” bands for this festival. Nevertheless, many people had gathered. FM confused me a bit, because I wasn’t sure if I was watching them live or listening to the cd. Steve Overland’s voice was heavenly and crystal clear. The whole band was so well prepared, that the songs sounded exactly like the albums, The music was so clear and flawless, that made the people staring at them speechless. Even the security guard, who had experienced three days of brutal music, lost control and began to dance to the rhythm of FM.

Digging Up The Dirt, I Belong To The Night, Wildside, Let Love Be The Leader, Closer To Heaven, Tough It Out, That Girl, Burning My Heart, Down Bad Luck 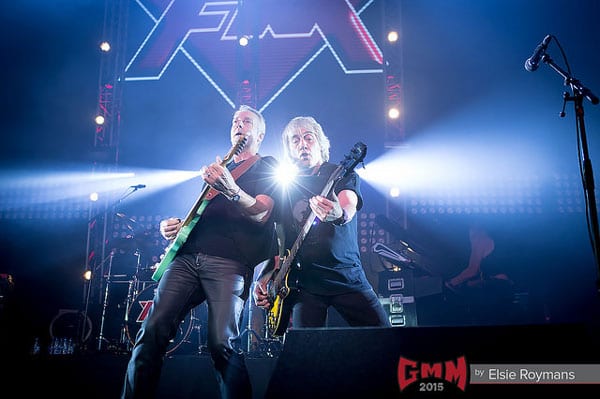 There is a band that I liked a lot, since I was 14 years old, but I never had the chance to watch them live. This band is Children Of Bodom, and although they were playing in a smaller stage of the festival, half of the crowd of the festival was gathered there. The front rows were mostly women, since Alexi Laiho is women’s favorite singer in death music. The truth is that Alexi and the keyboardist, are the main reason that Children Of Bodom became that famous. The stage appearance of the band was flawless, but all the video cameras were taping the singer, who was the star of the night.
Are You Dead Yet? Sixpounder, Hate Me! ,Silent Night Bodom Night ,Needled 24/7 ,Angels Don’t Kill ,Halo of Blood ,Scream for Silence ,Hate Crew Deathroll ,Lake Bodom ,Downfall ,Encore:In Your Face ,(You Gotta) Fight for Your Right (To Party!) (Beastie Boys) 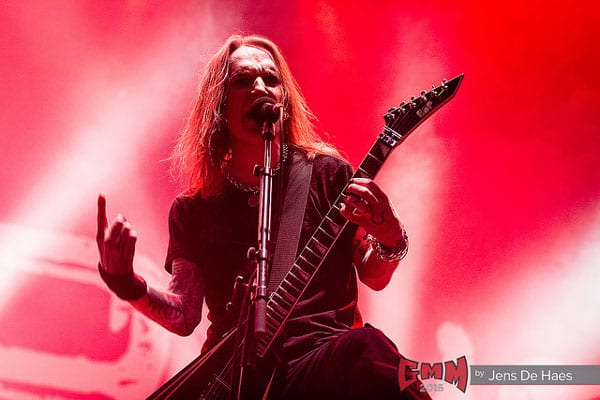 It was about time to watch one of the biggest rock n’ roll bands in the world, Motorhead. The rumors said that it might be their last tour in Europe. So I felt lucky that they were playing in Graspop. Unfortunately it was a huge disappointment. Lemmy was unable to sing and the band was playing at very low volume and in one day they destroyed their moto ‘LOUDEST BAND LIVE’’. Lemmy was in a really bad mood and he looked like he was really sick. He tried his best but the show was a disaster. I felt sorry for him. I know that being Lemmy is amazing and I know that is too damn hard to quit from being loved by millions of fans. But i would prefer to have stayed with a different recollection of the band before they retire .The tracklist wasn’t that good either but their fans were proud and loud till the end.

Shoot You in the Back, Damage Case, Stay Clean, Metropolis, Over the Top, Guitar Solo, The Chase Is Better Than the Catch, Rock It, Lost Woman Blues, Doctor Rock (Including drum solo), Orgasmatron, Going to Brazil, Ace of Spades, Overkill 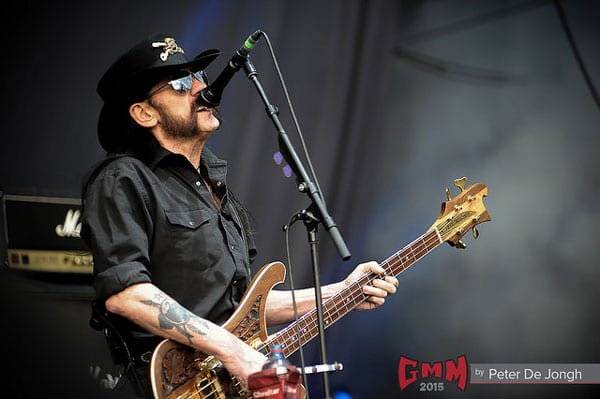 The night came to an end for me, with Scorpions. There was one more band after them, Faith No More, but I am not a fan and I don’t think I will ever be. Scorpions is for sure one of the biggest hard rock bands alive and they are Belgium’s favorite too. With the years gone by and since I watched them live five to six times, the truth is I got kind of bored of them. Especially the track list. But this live was different. Maybe it was one of the best live shows of Scorpions, since 2005, when I watched them In Greece .The new album didn’t manage to fulfill my expectations. Ok it includes two or three catchy songs, but that’s it. On the other hand, the live show was magical .They played some songs that I haven’t listened to for years. The whole festival was singing along with them  Εven the most hardcore metalheads were looking excited .Its was an unforgettable experience. They still have a long way to go.
Going Out with a Bang ,Make It Real, The Zoo ,Coast to Coast, Top of the Bill / Steamrock Fever / Speedy’s Coming / Catch Your Train (70’s Medley),We Built This House, Delicate Dance (Matthias Jabs guitar solo),Always Somewhere / Eye of the Storm / Send Me an Angel (Acoustic Medley),Wind of Change Big City Nights Dynamite In the Line of Fire, Kottak Attack (Drum solo),Crazy World ,Rock ‘n’ Roll Band ,Blackout Encore:Still Loving You ,Rock You Like a Hurricane 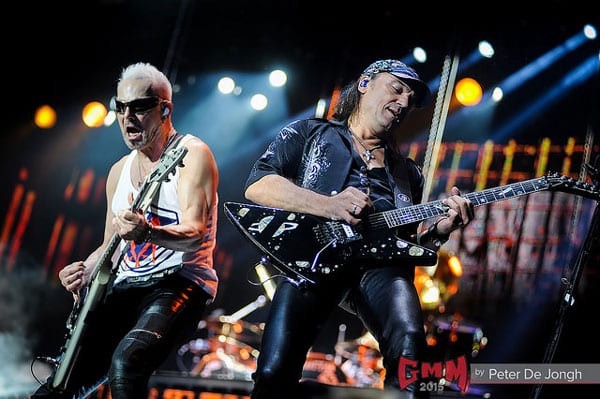 The day ended with Faith No More on stage, but I was really tired to stand for 2 more hours. So I stayed only for the first two songs .This style of music that they have chosen, is definitely not my kind. Although they decorated the stage with a unique style and the sound was loud and clear, I wasn’t interested in staying. Some of their fans were talking the next day about the band and they were pissed off with FNM, because they seemed to be bored .Also, I was informed that they had arranged interviews with the press and they cancelled it at the last moment. 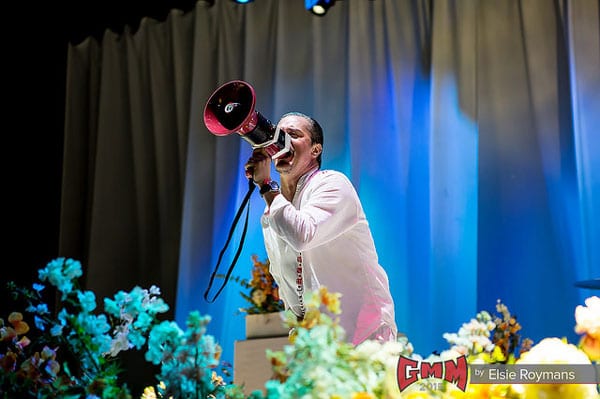 Οverall, Graspop festival has one of the best organizing teams. They know how to chose the line up carefully, paying attention to the best LIVE bands. From the 108 bands that they were playing, at least the 100 were amazing live, considering the other reviews too.I recommend to all of you sooner or later to visit GMM.It is definitely the absolute METAL MEETING!!! 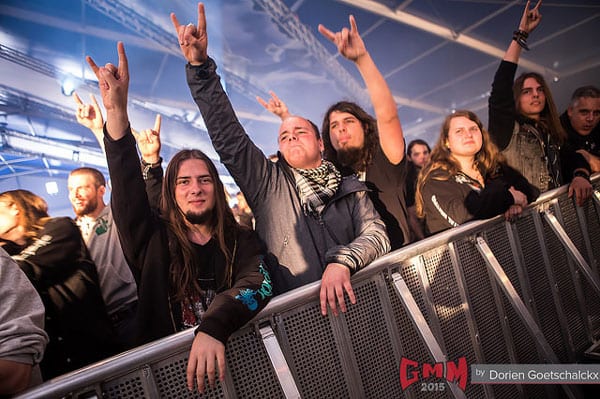