Just one day after the referendum for the independence of Scotland, a band who sang a lot about the history of this country came once more to Greece. The crowd was gathered early, before the concert started and Kyttaro club was almost full.

First on stage was The Silent Rage, a band who had many line-up changes over the years. It is not strange that in their 8-year presence in the scene they managed only to release one demo and two EPs. The good news thought is that they are currently recording their first album. With the newcomer Steve Venardo (Double Square, ex-Valet Parn, ex-Heathendom, ex-Airged L’amh etc.) on vocals and the founder and brain of this band Nikos Siglidis on guitars being the most energetic, for about 30 minutes they had the difficult task to warm us up. They play classic speedy heavy/power metal and presented mostly songs from their upcoming album plus an old one. The crowd was not very excited, but finally they applauded them warmly as the left the stage. 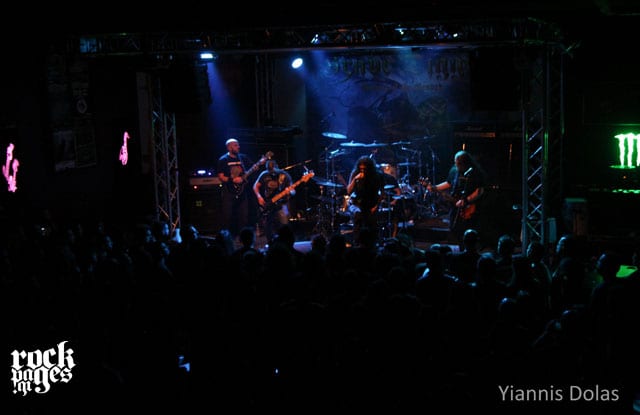 Next in line, the Digger. With a small intro they entered the stage and they began with “Hell Funeral”, a song from their latest album. With very good sound and plenty of good mood they show us that they are very serious, as the classics “The Round Table (Forever)” and “Knight Of The Cross” made the crowd go crazy. Chris Boltendahl is an amazing person, Stefan Arnold (drums) and Jens Becker (bass guitar) formed an excellent rhythm section, H.P. Katzenburg on keyboards was surely sweating under his ripper costume and Axel Ritt on guitars although 5 years in the band played with such ease as if he was 25. 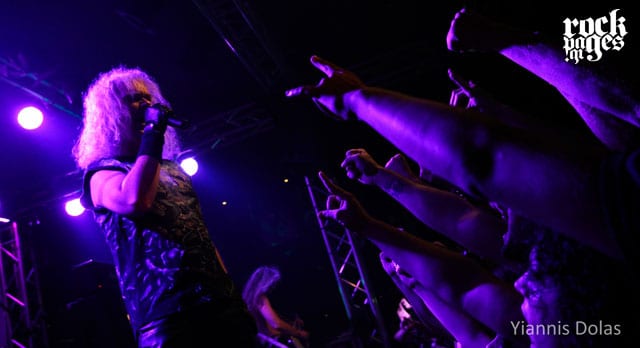 One amazing song was coming after the other with the set list being carefully divided among their classics and their latest 3 albums and songs as “Wedding Day” and the fantastic “Killing Time” caught us by surprise. Chris was once more very happy, he said about the Scots who said no that “shit happens” and he admitted that they are way too old to play fast songs anymore. In the end, the came up for their encore and Chris put on his glasses in able to read the lyrics of a cover that they performed. It was no other than “Hellas” of Greek artist Vasilis Papakonstantinou which also is included in their EP “The Dark Of The Sun”. Finally, the saved for last “Heavy Metal Breakdown” from their historic first album, 30 years after its first release, with the fans giving every last of the strength of their voice. 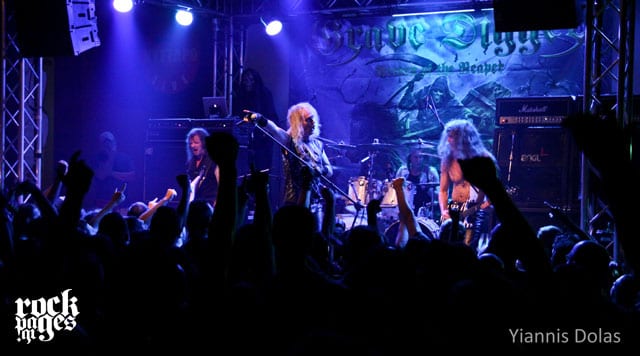 The Germans played a little less than 2 hours. The lights were on and the night came to its end. We left the venue with one simple desire. To be able to watch concerts like this all the time. Not only the Digger, but in general to see bands who love what they do and give their soul on stage. And Digger is a band who does that. 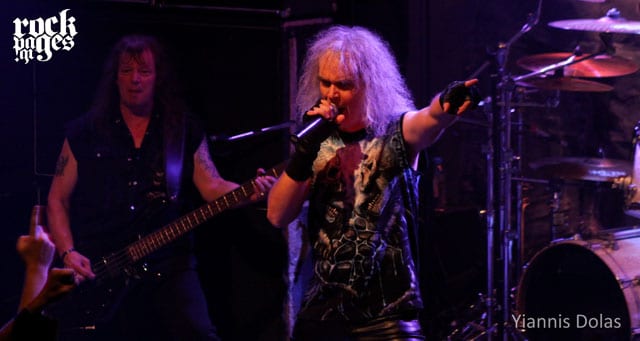 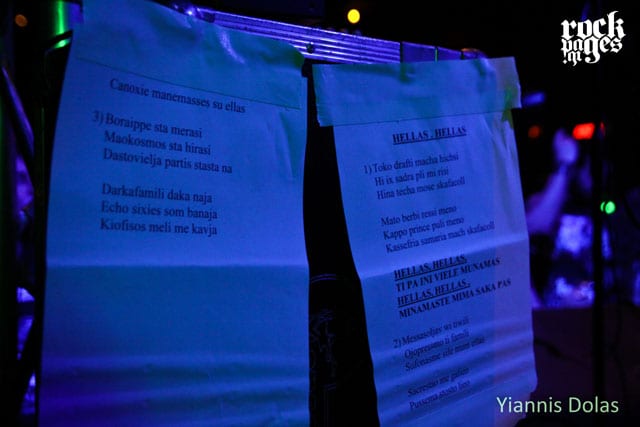