Greg Prato is one of the most important and productive writers who never fails to deliver excellent books when it comes down to rock biographies and musically-related subjects. Personally, what I enjoy more about his style is his unique approach and the “really to the point” way of writing. In the wake of the imminent release of his latest book “Take It Off: KISS Truly Unmasked”, we get in touch with him for all the details. This is a book you don’t wanna miss…trust us! Interview: Sakis Nikas 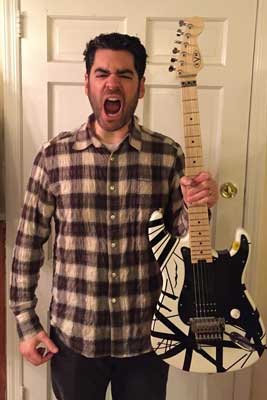 Rockpages.gr: Greg, you are about to release yet another book; this time you focus on the non-make up years of KISS. How long did it take you to work on this project (research, interviews, final writing etc.)?

Greg Prato: I would say probably about a year-and-a-half total. Since I’ve been a KISS fan since 1978, I know their history backwards and forwards by this point, so I was already very familiar with their non-make-up era. What probably takes the longest is setting up the interviews! Once the interviews are done and transcribed (which I do all myself), it all goes by quite quickly. And I’ve developed a good relationship with the folks at Jawbone Press (who have done an outstanding job with my earlier books, ‘King’s X: The Oral History,’ ‘The Yacht Rock Book: The Oral History of the Soft, Smooth Sounds of the 70s and 80s,’ and ‘Shredders!: The Oral History Of Speed Guitar (And More)’), who dug the idea from the get-go and did another fantastic job with ‘Take It Off: KISS Truly Unmasked.’

Rockpages.gr: Personally, I got in touch with the music of KISS right before “Hot In The Shade” and I instantly fell in love with the songs of those non-make up albums. From your perspective, what was so special about that era (1983-1995)?

Greg Prato: Whether one loves that era or not, there is no denying that KISS simply HAD TO take off their make-up at that point, because their popularity was at an all-time low in the States. Even releasing one of their best-ever and hardest rocking studio albums in 1982 (‘Creatures of the Night’) was not enough to rekindle fan interest. So they had to do something drastic…and taking off their trademark make-up was their only option. That said, I am a diehard fan of the original KISS line-up in the ‘70s, but I can certainly appreciate that ‘80s era, as it helped re-establish KISS as one of the top rock/metal bands.

Rockpages.gr: KISS has always diminished the importance of those years by mainly focusing of the classic make-up years of the 70s. Do you think that if the reunion of 1996 didn’t work out as planned, KISStory would be different and the band would reappraise those albums?

Greg Prato: Well, if the reunion didn’t happen in 1996, KISS would have released their ‘Carnival of Souls’ album on schedule and continued on their merry way. That said, it seemed like KISS’ popularity was dipping once again, so the reunion was very necessary at that point, and certainly paid off business-wise. As far as how the public would have reappraised the albums from 1983-1996, it’s hard to say. In the ‘Take It Off’ book, Eddie Trunk says that he feels that ‘Carnival of Souls’ would have been a tough sell had it come out on schedule, and I tend to agree – it was the sound of KISS trying to sound too much like Alice In Chains and “grunge,” and I didn’t hear a song that could have been a substantial radio hit (nor was reflective of the sound you expect from KISS).

Rockpages.gr: I guess that in your book, we will read additional information regarding those side activities of Gene Simmons in the 80s. What can you tell us about them and did you get to interview bands like Keel, Black N’ Blue, House of Lords etc?

Greg Prato: Ron Keel was interviewed for the book, and there is an entire section in which he discusses how it was to work with Gene as a producer. Additionally, he also talks about all the other bands you mentioned, since Ron also crossed paths with most of the other artists that Gene produced in the ‘80s.

Rockpages.gr: Will the potential purchaser of the book and the KISS fans find any untold stories in your book that were more or less practically unknown so far? If yes, can you share something with us? 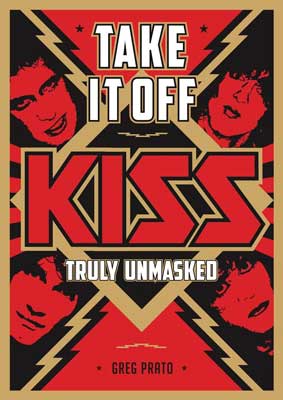 Greg Prato: Yes, there are. Whenever I do a book, I try to make it so that it will appeal to both the new fan, as well as the long-time fan who thinks they have read all there is about the subject…but will be pleasantly surprised when they find a few tidbits that they didn’t know before. I don’t want to give away too much (as that would spoil the surprise of reading ‘Take It Off’!), but 2 items that I can share are songwriter Mitch Weissman had tons of great stories to share – including a story behind how the image was chosen for the ‘Lick It Up’ album cover (and that HE helped choose it, while on a three-way phone call with he, Gene, and Paul – while sitting in the bathroom of Paul’s NYC apartment). Another subject that has its own section deals a rumor that has come up a few times over the years, that supposedly circa 1989/1990, KISS was considering putting back on the make-up for a reunion tour – but the line-up would not be the original one, but rather, Gene, Paul, Ace Frehley, and…ERIC CARR. What Bruce Kulick has to say about the subject is quite interesting.

Rockpages.gr: I always thought that KISS artistically stuck and confined with the success of the reunion thus they became a more or less nostalgia band. What’s your opinion?

Greg Prato: Well…the reunion tour was obviously all about nostalgia, but KISS has issued several new albums since putting the make-up back on – including one that claimed to include all 4 original members, but as we came to know later on, largely did not (1998’s ‘Psycho Circus’). So while it is largely about nostalgia (especially since for many years they were wearing costumes that were recreations of their ‘70s outfits)…I would say not entirely.

Rockpages.gr: Bruce Kulick is the only KISS member that still respects that era and he constantly updates his website and social media pages with stuff from those years. Why don’t we see a similar approach by the Stanley/Simmons camp?

Greg Prato: Probably because there is more money to be made from revisiting the ‘70s make-up era rather than the ‘80s non-make-up era. Also, there is a valid argument – which I tend to agree with – that for much of the 1983-1996 era, KISS was merely copying whatever musical trend was popular at the moment, rather than sticking with the hard rock direction circa what is largely considered to be their artistic peak, of 1974-1977. But once the End of the Road Tour wraps up and Gene and Paul go on their merry way, I wouldn’t be surprised if they do solo performances where songs from all KISS eras are performed, and they tell stories behind each tune (sort of like the appearances/performances that Gene did with his box set).

Rockpages.gr: Your connection with KISS goes back to another excellent book of yours called “The Eric Carr Story”. How was the feedback for that one and how do you feel about it after all these years?

Greg Prato: The response to ‘The Eric Carr Story’ was overwhelmingly positive – so much so that revisiting this era for ‘Take It Off’ sounded quite appealing, since the success of the earlier book proved that there was still a large audience out there that enjoyed the non-make-up era. I have not re-read ‘The Eric Carr Story’ in quite a few years, but I remember at the time of its release being quite happy with how it came out, and that fans enjoyed finally reading the story behind probably one of the most popular – and certainly most instantly accepted – “replacement members” that ever joined a major rock band.

Rockpages.gr: From your perspective, do you think that Paul Stanley and Gene Simmons treated Eric unfairly in the last months before he died in 1991?

Greg Prato: It’s hard for me to say, for 2 reasons – #1, I wasn’t there personally so I did not witness exactly what went down, and #2, there are two sides to every story. If it was up to me, I think the best thing to do would have been to sit down with Eric and simply say, “Take care of yourself and get healthy, and as soon as you’re back to full health and full strength, you will once again be the drummer of KISS.” Whether that happened or not, I do not know.

Greg Prato: I would go with ‘Lick It Up’ being my favorite KISS record from that era, as it contains what are probably my 2 all-time favorite non-make-up tracks – “Not for the Innocent” and the title track. What I enjoy the most about “Not for the Innocent” is that it sounded like Gene was still singing from his “demon persona” – which is something that he would do less and less of as the ‘80s progressed – which even Gene would admit was a major flub on his part, and something he finally corrected for ‘Revenge.’ Favorite tour…I will go with ‘Hot in the Shade,’ because that was the tour when KISS started revisiting a lot of songs from the ‘70s that had not been performed in years – tops being the awesome set-opening 1-2 punch of “I Stole Your Love” and “Deuce,” as well as “I Want You” (in which the classic “KISS” light logo reappeared). Also, on this tour, it seemed like Paul toned down all the dancing/prancing/posing he did for most of the non-make-up tours – and seemingly did away with his now-embarrassing “dirty stage raps.” Lastly, it sadly turned out to be Eric Carr’s final tour with KISS, so it’s nice to know that he certainly went out on a high note – on what many fans consider to be the best non-make-up era tour.

Click here to find out how you can purchase the book ‘Take It Off: KISS Truly Unmasked’ and all other works of Greg! 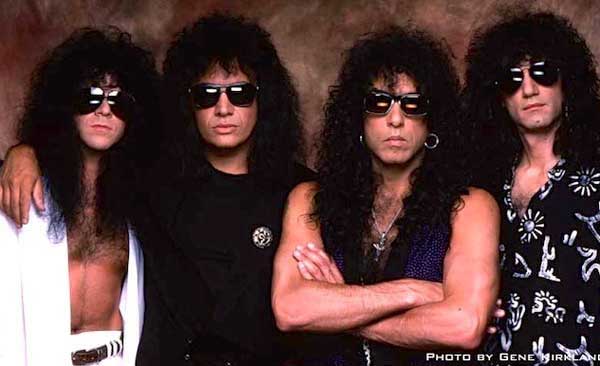