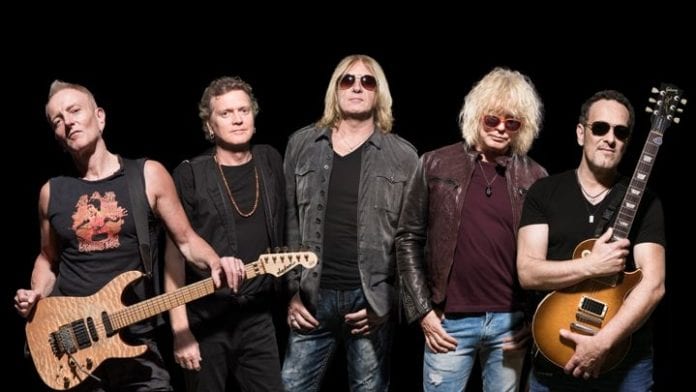 The forthcoming self-titled album from DEF LEPPARD will include a song called “Sea Of Love”,featuring a guest appearance by DEF LEPPARD guitarist Phil Collen’s DELTA DEEP bandmate Debbi Blackwell-Cook on vocals. Collen told Classic Rock magazine about how the collaboration came about: “I wrote [the track] and originally thought, ‘This’ll be a great song for DELTA DEEP.’ I had this riff for a while, and when we started doing the DEF LEPPARD stuff in February 2014, I just started demoing this song in Joe’s [Elliott, DEF LEPPARD singer] swimming pool — not in the water, but in that room. It had a Lenny Kravitz vibe to it; it was almost rock-soul, and even lyrically, it reminded me a bit of some Stevie Wonder stuff. I thought the guys were gonna hate it, but I showed it to them anyway. And they really liked it. So I thought, ‘Okay, I guess it’s not going to be a DELTA DEEP song then!’ And then it took on a different life when Rick Allen started doing his drums — it ended up being a lot jazzier, it was almost a Hendrix-type thing. Joe sang it differently to how I did it, and me, Sav [DEF LEPPARD bassist Rick Savage] and Vivian [Campbell, DEF LEPPARD guitarist] got together to our choir-style vocals… It was a joy, it was such a thrill.”