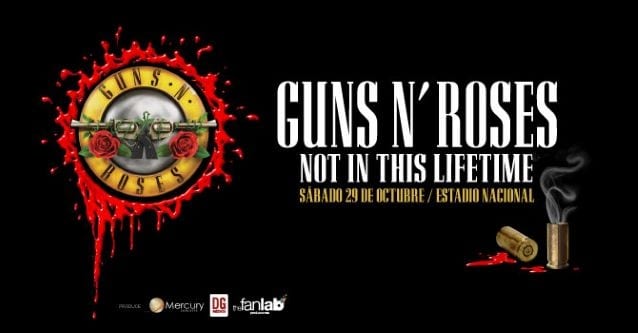 According to data reported to Billboard Boxscore, thirteen concerts on the South American leg of GUNS N’ ROSES’ “Not In This Lifetime” tour yielded a total gross of $56.545 million and more than 565,000 tickets sold.
105,000 tickets were sold to the band’s November 4 and November 5 shows in Buenos Aires, Argentina, with another 93,600 fans attending the group’s November 11 and November 12 gigs in São Paulo, Brazil. The October 29 concert at Santiago, Chile’s Estadio Nacional drew 62,375 people.