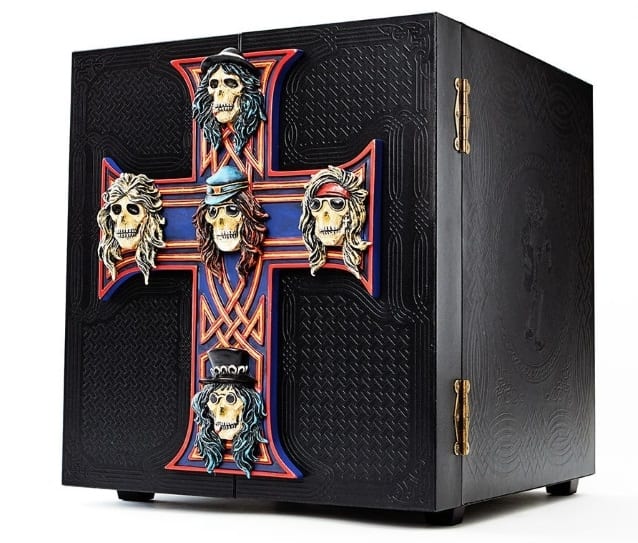 According to Billboard, GUNS N’ ROSES’ classic 1987 debut album, “Appetite For Destruction”, has returned to the top 10 on the Billboard 200 chart after more than 29 years. The LP re-entered the chart at No. 10, following its “Locked N’ Loaded” box reissue on June 29.
For tracking and charting purposes, all versions of “Appetite For Destruction” are combined, and in the week ending July 5, the album sold 33,000 equivalent units.