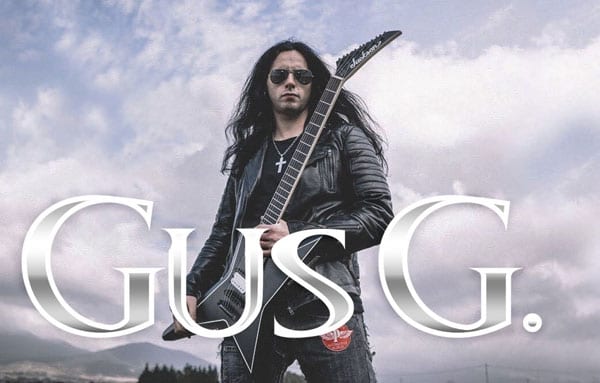 Gus G released the first sample of his new solo album “Fearless” in the shape of the video for “Letting Go”. The album will be out on April 20th via AFM. As we mentioned in the past the Greek shredder’s third album will feature no special guests with the band’s lineup consisted of himself, Denis Ward and Evanescence drummer, Will Hunt. “. I wasn’t sure about if I was gonna have any guests or not and then I decided not to have any guests, so it’s gonna be more of a power trio set up. It’s Dennis Ward, he’s gonna be handling vocals and bass and Will Hunt of Evanescence is playing drums on the record”, says Gus. “Metal fans might know Dennis Ward as the bass player from the bands Unisonic and Pink Cream 69”, says Gus. “What people might not know about him is that he’s a multi-talented songwriter, producer AND singer. Since me and Dennis have been working on songs for Firewind’s latest album release but also now on my upcoming solo record, I only felt it was natural to invite him to play this music with me on stage. So, obviously forming a power trio is a new setup and we’re really looking forward to rocking with my upcoming album tour cycle”, he adds.