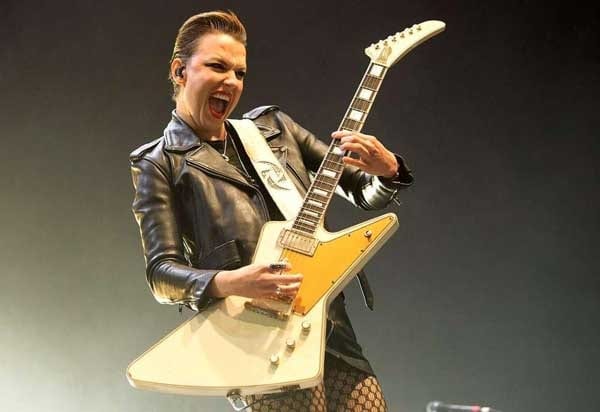 Halestorm published a new video for the song “Uncomfortable” from their upcoming album “Vicious”, which will be released on July 27th through Atlantic. It was directed by ο Evan Brace (Phantogram, Taking Back Sunday).  The album was recorded last year at Nashville, Tennesse’s Rock Falcon recording studio with producer Nick Raskulinecz. In recent interviews Lzzy told the press that this is the heaviest Halestorm album to date. “Every record, we try to kind of get it closer and closer to what people see every day live. And I really think that this is the most Halestorm record that you’re gonna hear from us as of yet”, she added.