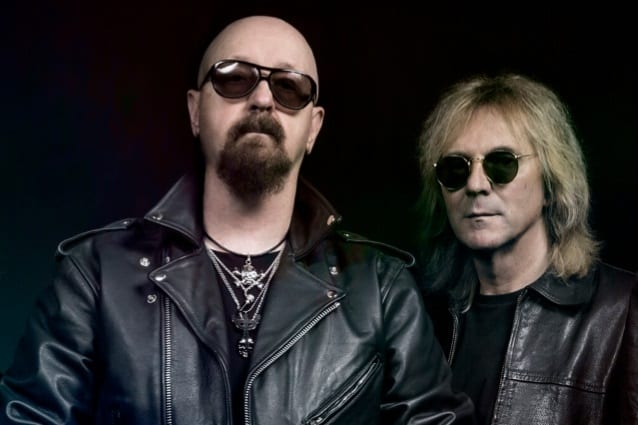 Rob Halford wants to make it clear to fans that Glenn Tipton is still a member of JUDAS PRIEST. The guitarist announced earlier today that he will be sitting out the band’s touring activities as a result of his battle with Parkinson’s disease, with which he was diagnosed a decade ago.
In an interview conducted several hours ago, the JUDAS PRIEST singer spoke to U.K.’s Kerrang! magazine about what Tipton’s revelation means for the band.
“There’s been a lot of emotion today with the announcement, but we’re very happy for Glenn, that he’s been able to make a decision that’s good for him and where he’s at right now,” Halford said. “Glenn’s thing was that this was all about the band. It was the band, the band the band. And we said, ‘No, it’s about what’s best for you,’ and he said, ‘No, I want what’s best for the band.’ Which just goes to show you where his heart is at.”