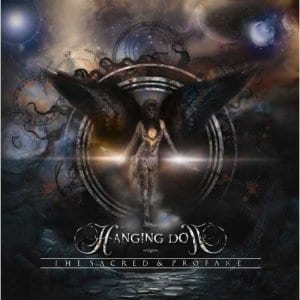 Female vocals, Gothic, sickening keyboards, brutal and clean-cut male vox at times, growls, sub-terra voices… Handpicked double bass drumming, smart inputs, guitars playing according to the idiom, sharp guitars, guitars that won’t leave you alone, essential parts of the nightmare, outbursting and rumbling… “Dark Narcissus” is an exceptional sample of what you are about to listen and your guiding light throughout this course. Female voice is characteristic, there are no sopranos here, colors are earthly and feeling wins over technical approach.
The idea to sing their own thing, having “Moonlight sonata” in the background, for the intro of – almost intermission-ish ¬– “Immortal beloved” (thus they bind, right?) is splendid, the combination is inspiring, to say the least. Then enters “Tincture”, featuring the piano playing a catchy theme, double vocals lead and a beautiful chorus, flirting even with Pop frequencies.
The band from Walsall, England is celebrating ten years of creative existence this year and their third album, first with Rocksector, is a fact. Totally hard-working band, they’ve also released a couple of EP’s, the English bunch has already succeeded in making a fuss about themselves in the country and there’s a lot of people anticipating the new album. English – I presume – Metal Hammer wrote about them that “If Evanescence ware a real band they would sound like Hanging Doll”. Personally I beg to differ with the usage of such phrases, I even consider them juvenile, however, I must admit that such lines operate as a good spice, causing a tension so desperately needed in our music.
Female fronted motif fans should definitely check this album out, they will find something they will fall in love with… Completely!