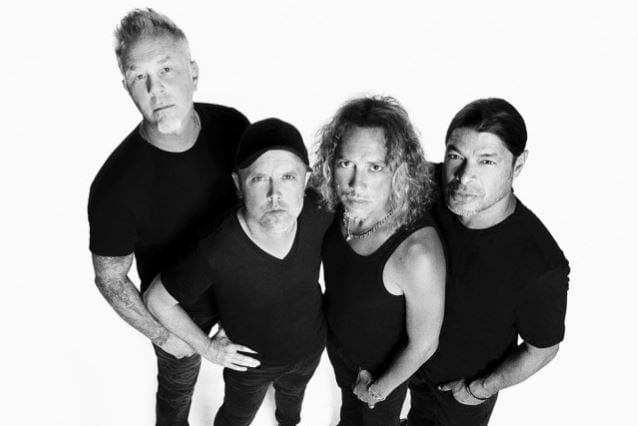 According to Billboard, METALLICA’s latest album, “Hardwired… To Self-Destruct”, has jumped from No. 14 to No. 2 on The Billboard 200 chart this week, with 81,000 units (up 191 percent) and 79,000 in album sales (up 209 percent). The gain is owed mostly to a concert ticket/album bundle sale redemption promotion with the band’s stadium tour that went on sale on February 17. Redemptions of albums included with the purchase of a concert ticket register as a sale in the week the customer redeems/receives the album.