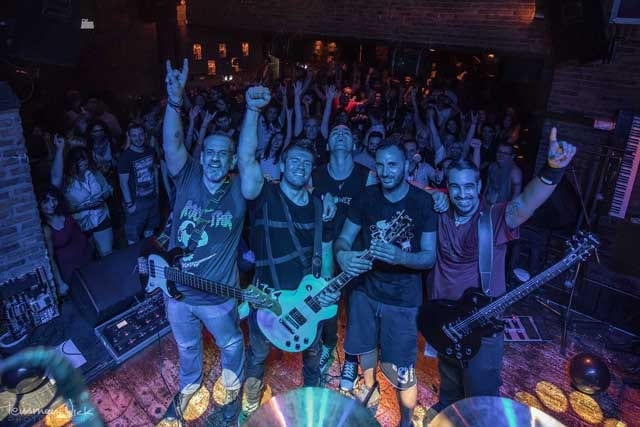 That wasn’t your average and usual night out. This was a really worth mentioning live show which took place at the Crow club in Athens, Greece. The sound was exceptional from the moment the support band came on stage. 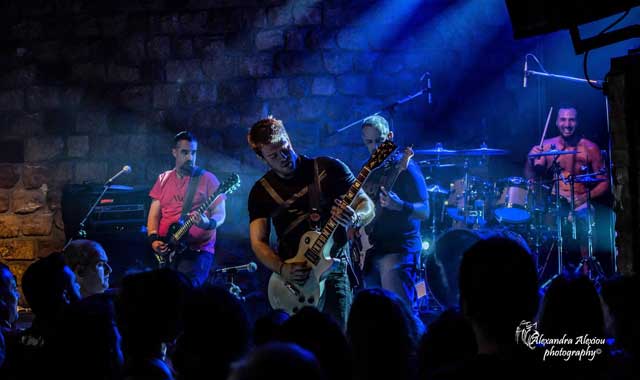 Entropy Devine were formed in 2015 by Kostas Kafantaris and Vasilis Manolis and till this Saturday I didn’t have the chance to witness them live in any occasion, but I am happy I did, because they warmed up the crowd successfully. The frontwoman of the band Constantina Adrastea is definitely worth mentioning. Although I don’t find her voice that impressive, I was truly captivated by her stage comfort and her ability to connect with the crowd. It is possible that a lot of people were also there for them since there wasn’t any space available in the crowded front row. I would especially like to highlight the guitarist Kostas Kafantaris with his old school style and the certainty he was sending out to the crowd while playing his solos. I strongly believe that he would fit perfectly in a classic heavy metal band than a prog & melodic metal one, but since it’s his band, then he made his choice and he seems fit to support this genre too. 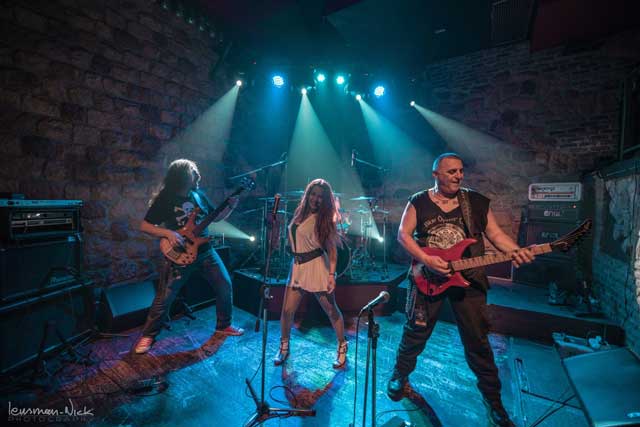 Time passed quickly and pleasantly with Entropy Devine and along came the favorites of the crowd, Heavenblack. I met this band unexpectedly a year ago, when they saved the day by replacing a band on a short notice during the Sleaze & Roll Festival. This time though they were even better. The band was clearly very well-rehearsed with a well prepared show and unexpected guests. Twisted Sisters’ “I Wanna Rock” was the intro to their show. A great choice for a great entrance.
The show started with new tracks of the EP as expected and I think they were really catchy. The band is balancing between hard & heavy sound and the frontman of the band Marios Kouroupis definitely leans towards a more power metal path with a special love for KISKE. A highlight of the show was definitely lead guitarist Ioannis Patakakis who really knows how to pose for the photographers. He owns the stage and sometimes it feels like he forgets that he is in a band and not solo, but I believe that it what makes him so lovable to the crowd and mostly to the girls…I can easily imagine him playing for a glam metal band with Motley Crue influences.

The show turned out to be a big hard & heavy party as every live show should be. The setlist contained covers by U2, Skid Row, Body Count, DIO and Iron Maiden and for our good luck they chose not to play the usual hits but some of the not so common songs.
The best part came at the end of the show when they asked Dimitris Mentzelos to step on stage. A well-known hip hop singer from the Greek band Imiskubria. He and Marios sang together Body Count, Disco and Ace of Spades which is one of Dimitris favorite songs. Furthermore, Dimitris Mentzelos is also a member of a metal band called Prejudice Reborn and the past few years he manifested his love for metal by doing what Ice-t did in the 90s with Body count.
The night was a complete success and HeavenBlack seem to have a bright future! 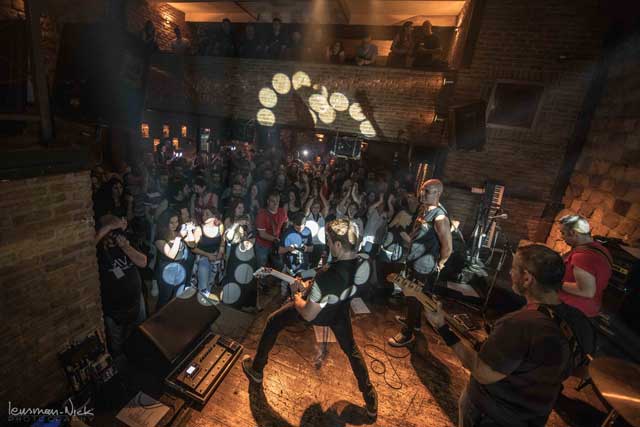