I arrived at the festival site just when Planet of Zeus came on stage. They continued from where they left off at Gagarin exactly one month ago. Although the vibe under the hot sun cannot be compared with a headline show indoors, they easily warmed up the crowd with their songs and their relaxed attitude but intense playing.

Nightstalker followed, who played at the second stage, I imagine due to scheduling issues. They also would have benefited from darkness and …smoke, but of course the band has the experience to adapt to the situation and the songs to headbang to. Living  Rock Commandos. 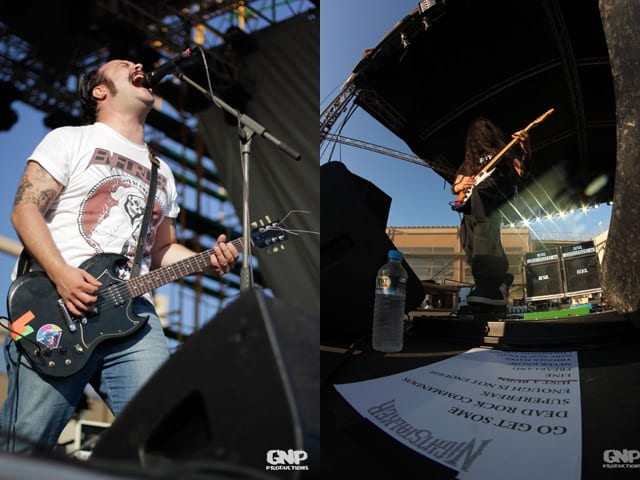 Behemoth was the surprise to an already diverse line up. The crowd participated during their show, although I imagine the moshpit was nothing compared to what goes on when they headline. The way they started was very impressive, with Nerval holding a flaming wreath. Orion, the bass player, is truly imposing – remind me to recommend him to a casting director for fantasy movies. They played a lot of songs from their latest album and no one was left indifferent. 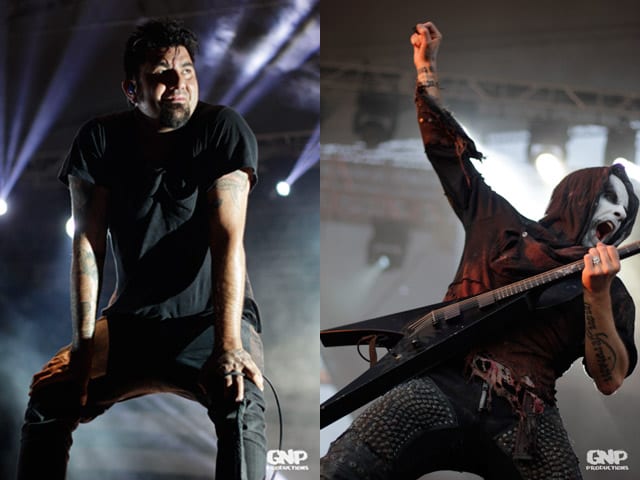 Next was Ghost – from a visual and satanic point of view we were really well covered. I have seen them one other time in England, and the impressions I had then where confirmed. I consider the flaw of their show to be the vocals of Papa Emeritus II, which sound weak at times. Aside from that, during their strongest material (the guitar driven songs mainly), like ‘Ritual’ and ‘Stand by Him’, sound and image unite to create something really unique. The expectations for their evolution are high. 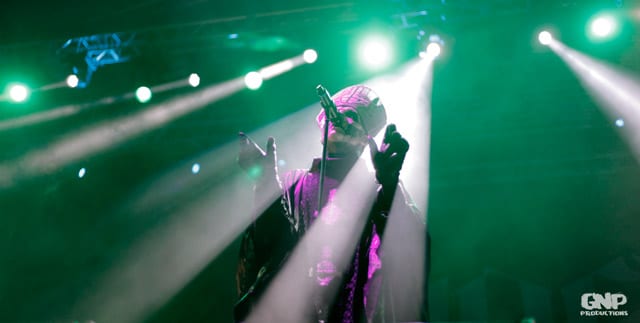 Headliners Deftones came on stage after a short delay (that wasn’t made up for in the end) through the sounds of the wonderful ‘Diamond Eyes’. Thus began a performance that satisfied the hungry crowd (not a large one by the way, but that’s another point) that is now able to cross off a big name from the list of groups that they have not seen live.

Deftones are one of the bands that have an absolute protagonist. Chino Moreno is charismatic. He sings great both during the mellow and the harsh moments and he moves constantly engaging the crowd. The rest of the band creates the perfect setting for him to do his thing. 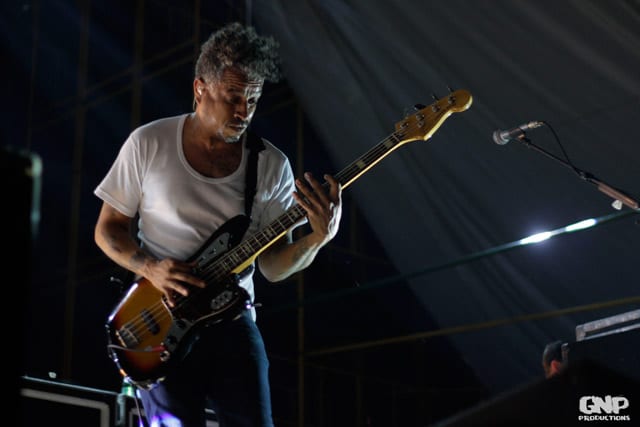 The setlist was representative not of all the albums of the band but of all its periods. Thanks to the energy from songs off ‘Adrenaline’, ‘Around the Fur’ and the maturity of the compositions off ‘Koi No Yokan’ we got to experience Deftones circa 2014 in all their glory.

Setlist: Diamond Eyes, Be Quiet and Drive (Far Away), My Own Summer (Shove It), Lhabia, Tempest, Swerve City, Feiticeira, Digital Bath, Poltergeist, Rosemary, Rocket Skates, Change (In the House of Flies), Around the Fur, Headup