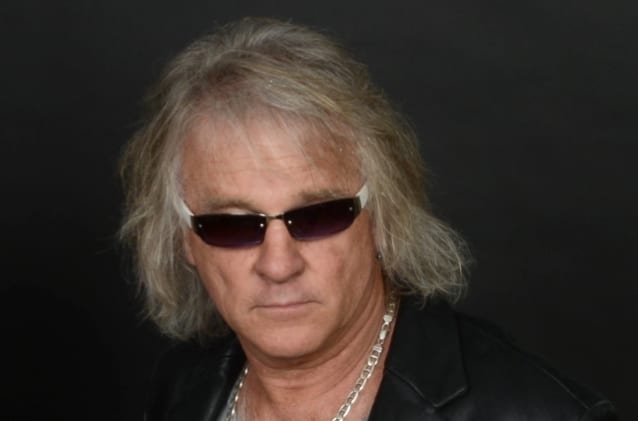 Greg “Fritz” Hinz, longtime drummer for Canadian hard rockers HELIX, has been placed in a medically induced coma after fracturing his skull in a fall from the roof of his house.
According to HELIX singer Brian Vollmer, Hinz’s injuries “are not life-threatening” but doctors are “keeping him in a coma and on breathing tubes until they feel he’s all right to come out of it.”
As a result of his condition, Hinz — who joined HELIX in 1982 and stayed in the band until 1996, before returning to the group 13 years later — will be unable to play with HELIX at the band’s two scheduled gigs in Ontario this weekend. Filling in for him will be Jamie Constance from SYRE.