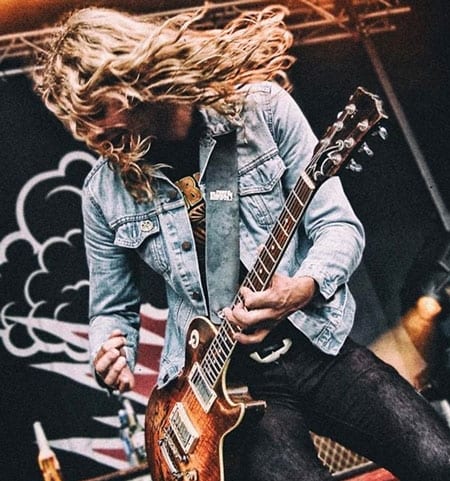 Robert Dahlqvist, guitarist for the Swedish rock’n’rollers Hellacopters died at 40. The news was announced through the band’s Facebook page: “It is difficult to find the words right now but it is with great sadness we have to announce that Robert ‘Strängen’ Dahlqvist is dead. For ten years, we traveled around the world several times together. Shared tour buses and recorded albums. Played at clubs and festivals. It’s incredibly difficult to describe in words what Strängen meant to us and no matter how hard we’d try, we couldn’t explain how much we’ll miss him. Our thoughts go out to all of the great memories we had together and especially to his family. Until we meet again”. We should note that Dahlqvist recorded the seminal “High Visibility” and “By The Grace Of God”, as well as the last Hellacopters album “Head Off” (2007). After the band’s breakup he formed Thunder Express and Dundertåge while he also contribute on The Solution’s second album “Communicate!” At the moment the cause of his death remain unknown.