Helloween’s impressive tour bus is parked right outside the Fuzz Club in Athens where the German outfit would unleash later on one of the most bombastic –if not the MOST bombastic- show on Greek soil. Markus Grosskopf is waiting patiently for us and he is always armed and ready for yet another joke, Dani Loble –as an excellent gentleman that he is- offers us a glass of whisky at 5:00 in the afternoon! Our cameraman is setting his equipment and I am sitting comfortably across Markus and beside a…hat (similar to the famous Slash one only in…purple).

Rockpages.gr: You are touring once again with Gamma Ray. You realize of course that this is the ultimate dream for all the power metal fans. How is the tour going so far?

Markus Grosskopf: It’s going very well you know…it’s only the 5th or 6th show we’re gonna do tonight, here in Athens. So far people seem to very much like it. We’re getting a good response and that gives us a good feeling for the next shows of course. It’s getting better and better…it overbetters itself (laughs).

Rockpages.gr: You just released your latest album called “Straight Out Of Hell”. I know that it’s still very early and you are very attached to the songs but how do you feel about the album and is it a worthy addition to the rich Helloween discography?

Markus Grosskopf: Yeah..it’s..a little bit of traditional Helloween, a little bit of twin guitars…we have a lot of harmonies, choirs. In that sense we have a very classic Helloween album with many early Helloween-oriented elements in there with the sound of today or something like that. 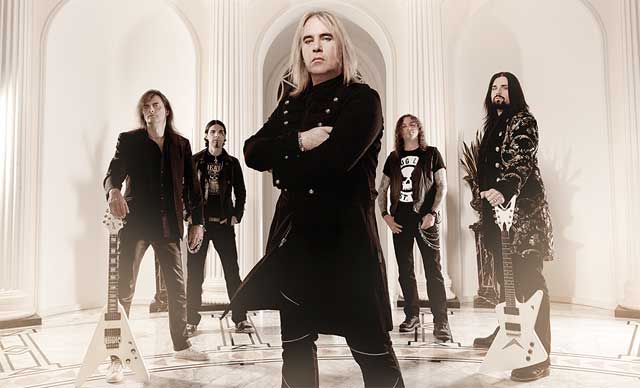 Rockpages.gr: You have included a Hammond version of “Burning Sun” and you dedicated to the late Jon Lord. Whose idea it was and what’s your favorite Deep Purple album and why?

Markus Grosskopf: Oh, there are a lot of Deep Purple albums that I like. I don’t have a favorite Deep Purple album. I take Deep Purple as a big piece of an art and take it as a full package, you know…it’s very hard to pick a favorite album but…these memories that I have from “Perfect Strangers” or there’s a lot of memories that I have from “Fireball and so on. It’s a time when we did an album and they did “Perfect Strangers” but I can’t really pick a favorite album…and what was the other question?

Rockpages.gr: Whose idea it was to include…

Markus Grosskopf: We had the Hammond version already there before he passed away. So, when that happened…when that cruel thing happened Weiki (e.note: Michael Weikath) said that it would be a good idea to bump things a little bit; so a little respect to what they did…to what he did actually. That was actually done before he passed away but we had this idea to dedicate this to him as a form of respect.

Rockpages.gr: This line up remains the same since 2005. How important were the additions of Sascha (Gerstner) and Dani (Loble) to the overall Helloween sound?

Markus Grosskopf: It’s like…we start with the drums in the studio that inspires me a lot as a bass player of course for what I wanna do, for what I am able to do on a track which gives me ideas of how I can follow the lines, the chords but still trying to do some interesting things here and there. Sascha’s got his own style of writing. It’s just like very fresh…he has ideas I wouldn’t get so it’s nice to have somebody doing something different than yourself, Andi or Weiki. It gives the band a big variety of styles and still being Helloween you know…I like that a lot.

Rockpages.gr: One striking characteristic of this line-up is that every single band member –with the exception of Dani- contributes in the compositions of an album. Is there a democracy in the Helloween camp or maybe Andi or Michael point the musical direction?

Markus Grosskopf: No…it’s just like…we have all these songs because when you have more than 1 or 2 songwriters at the end of the day you have a lot of material; actually, much more than you need for an album. It’s just a matter of deciding what color you wanna have for the album; what type of album you wanna have. So, you need to find some songs going together really good and then you find a picture for the rest of it. It’s just a matter of what album you wanna do. This is kind of hard sometimes but it’s the band’s decision and then the management gives you ideas…Charlie Bauerfiend is a big part of Helloween’s production. So, at the end we record all these songs; find the direction…getting this direction more…getting that direction more…we find a way of getting the whole picture. It’s not easy sometimes but once you got it it’s easy to follow the line. But you gotta find the line first. It’s a complex process actually but it’s working. 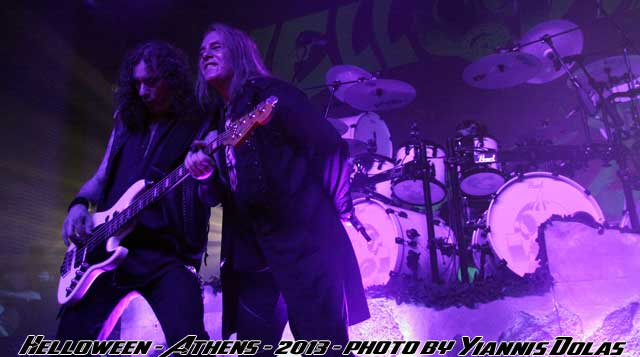 Rockpages.gr: The last three Helloween studio albums have more or less the same atmosphere/feeling. Even the titles are loosely linked as we have the devil, the sinners and now hell. Do you agree with this and have you found a winning formula as the fans seem to approve this direction?

Markus Grosskopf: We play with clichés…it’s not that I like to live in hell but there’s heaven and hell…the bad and the evil. All of that, if you ask me, is in us. No matter if you believe in God or not, there are bad and good things. Helloween plays with those clichés and that gives a good basis for lyrics and all that heavy metal clichés. It goes along very well with the heavy metal kind of thing. I just like to play around with it and not take it so serious; just take it with a blink of an eye…I just like it. Within that you put some “wiseness” and you have Helloween…without taking it so serious but having serious elements.

Rockpages.gr: Helloween and Gamma Ray are the most successful power metal bands ever. Will there ever be any band as successful as those two and where do you think the future of European metal scene lies?

Markus Grosskopf: Wow…we will see! It’s gonna be some more years of touring and then time will tell…I can’t really look into the future. There are a couple of bands already there…I don’t know…we have bands like Edguy and different bands from Europe. We are still here; Gamma Ray is still here…I don’t know what will happen in 10-15 years but there’s gonna be metal; that’s for sure! It’s never been gone really and even when there was this Nirvana type of thing going on…I thought they had some killer tracks but I never understood why you had to dislike this kind of music just because you like another type of music. I think you can like both. In the 90s we were still touring; we were still doing metal and having fans coming to the shows. I think, whatever happens, we will still be here in 10-15 years…whatever wave overflows the music scene. That’s what I know for sure…it goes up; down…now it rises up again…some TV shows are asking us again. That hasn’t happened in years, you know…some “un-metal” shows are asking us for interviews. It wasn’t like this some years ago. Only the regular metal media was interested in Helloween…so, I can tell it’s gonna be there even if non-metal media will not be interested, Helloween will be there! We are not depending on them. We are touring constantly and people coming to the shows. The album sales are going up and down…now it’s going up again a little…everybody knows the situation with the market but touring is still going on for Helloween. We are always on the road and we can tell it’s (ed.note: metal) gonna be there. It is something that never changed. 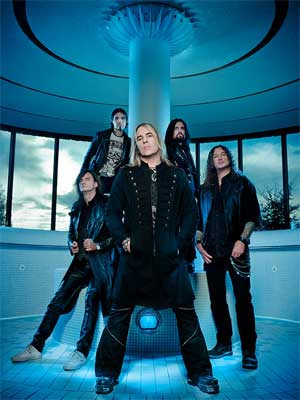 Rockpages.gr: I will say a name and I want you to tell me the first word or a phrase that come to your mind…

Markus Grosskopf: A part of my life because I am here now (laughs). Geia mas (ed.note: Cheers in Greek)! 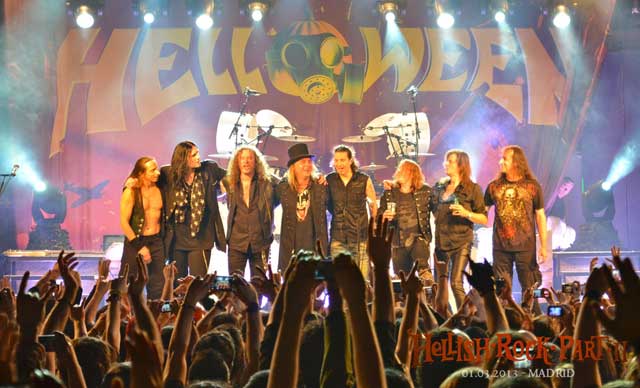