ΝΟΤΕ: The only reason we are publishing this show’s report is the editor’s personal  work, and well as our readers’ interest. The promoter took the outrageous (even for the Greek standars) decision to forbid access of the media to this show for security reasons because it was sold out.

Him got on stage right on time at 21.00. The audience rises up at the sound of “Burried Alive By Love” and even more with ‘Rip Out Of The Wings Of  A  Butterfly” that followed.  Watching the progress of the concert I noticed that the marks of time have deeply influenced Ville Valo (mainly) and his company or it was just a chore for them. Nowhere could be seen the energy and the performing that defined the previous shows of the Finnish. The singer, who grabbed an acoustic guitar early on, which he left only at the encore, seemed anemic something that influenced the whole image of the band. The sad thing was that no one realized that this guitar was heard. The performance of Him might have lasted for 110 minutes but in reality it wasn’t that much since the last three songs lasted for almost half an hour and the band wasted time in long and indifferent improvisations in order to kill time. People seemed to have got tired affected by the heat as well and lots of them started going to a nearby club where the band’s Greek fan club was having a party featuring an acoustic set by some musicians-fans, while there was a rumor that members of the band were going to join, so this was a great opportunity for some autographs and photos, but unfortunately that didn’t happen.

Umpteenth appearance of Him in Athens and what happens in each of them is common knowledge. Given that the youngsters were hysteric the only restraint was the unbearable heat although the roof was open and the air-conditioning in full. 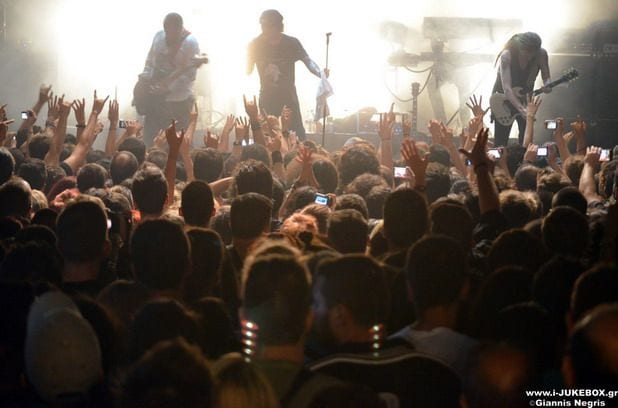 This was the worst performance of Him in Athens (personally I’ve been in all of them) by far, and I would like to believe that it was just a bad night although I have a feeling that this wasn’t the only reason.

Setlist: Buried Alive By Love, Rip Out The Wings Of  A Butterfly, Right Here In My Arms, The Kiss Of Dawn, All Lips Go Blue, Join Me In Death, Your Sweet 666, Passion’s Killing Floor, Soul On Fire, Wicked Game, Tears On Tape, Poison Girl, For You, Funeral Of Hearts, Into The Night, It’s All Tears (Drown In This Love), When Love And Death Embrace, Sleepwalking Past Hope. 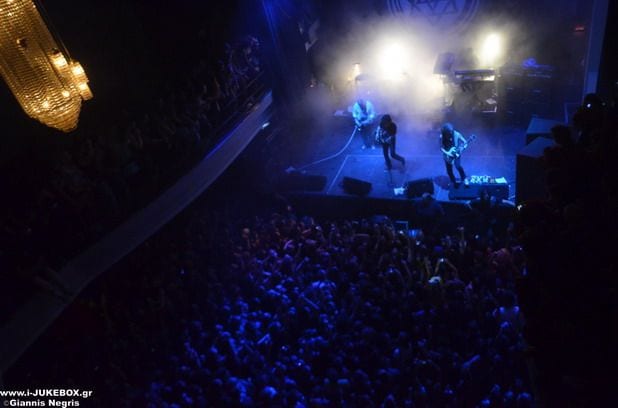