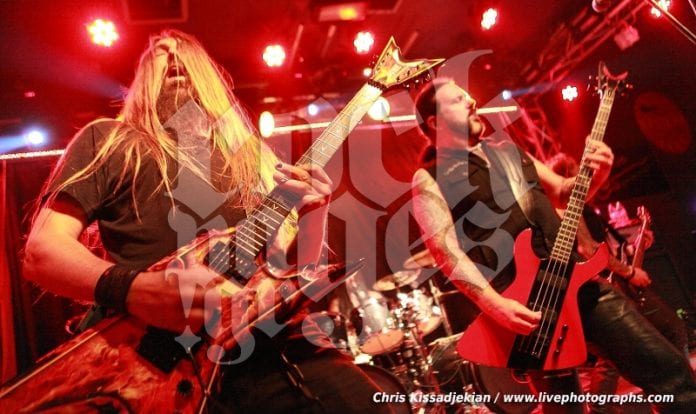 It is well known that Morbid Angel is one of the greatest bands in extreme metal. David Vincent was a member of them for many years, having huge contribution in the songwriting of their first four remarkable albums. This tour was made in order to pay tribute to these records and it was something that was in his mind while in his second Morbid era. It finally came to life several months after his departure. In my humble opinion, he has every right to play live songs that he composed and recorded. Athens and Kyttaro Live Club was the last stop of this tour. 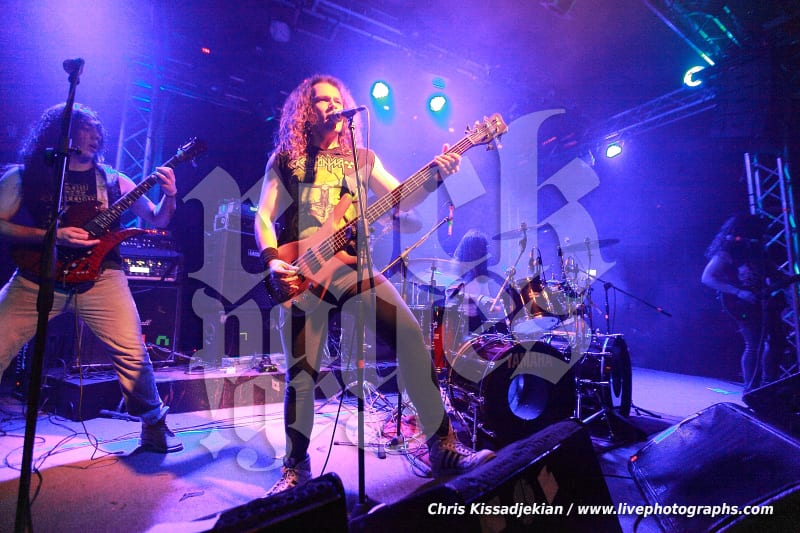 The night started with a half-hour delay in a desperately empty venue. Nuclear Terror were the first to come on stage and performed a show full of energy, as members of a very strong thrash metal scene in Greece. They played songs from their debut EP “Contaminated Salvation”, from their upcoming full-length and a Slayer cover. Good performance also for their frontman Kostas (bass, vocals) who has a very nice technique. Their name will be heard more in the near future. 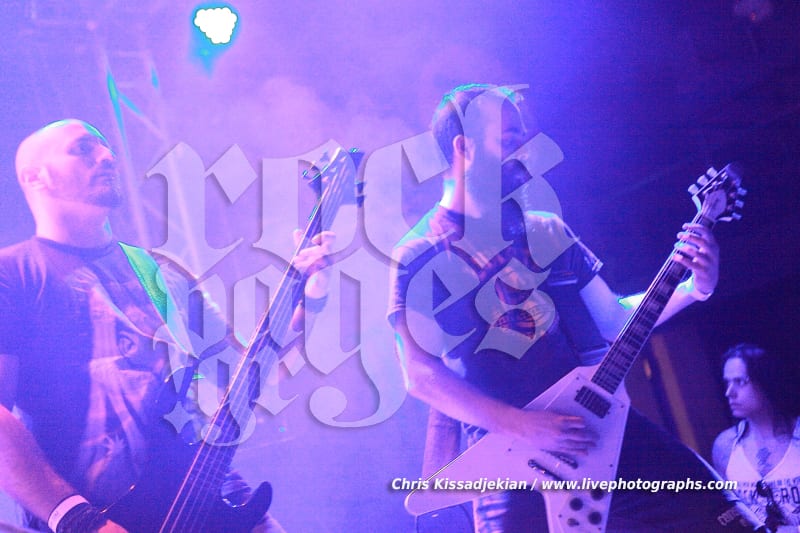 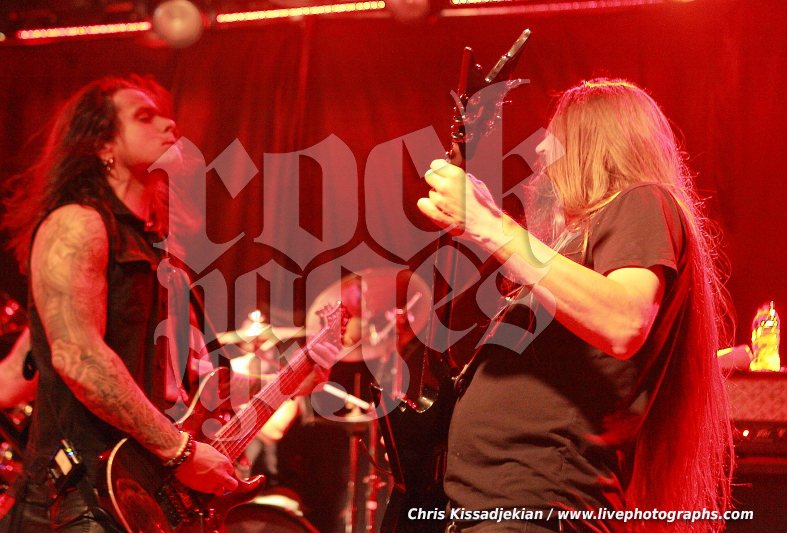 Kyttaro was still empty when David Vincent and his gang came on stage. I believe that I’ve been in a city bus that was more crowded in comparison to that night. At least we were spread across the venue and didn’t seem so bad in the eye. “Immortal Rites” gave us the first chills and for the next hour we went on a time capsule with destination the period 1989-1995, when Morbid Angel were in their best. The question was if the band would perform well these songs and the answer was given loud and clear. Ira Black and Bill Hudson were more than decent against the bizarre riffs of Trey Azagthoth, while the devastator Tim Yeung was amazing playing the parts of the out-of-this-world Pete Sandoval. He may not seem that he could, but he has exceptional speed and technique that you can rarely find in a drummer. As for Evil D? One word only: Respect. You could clearly see how much he enjoyed playing these songs live. Very energetic talkative, he often joked around with the fans or his bandmates. The setlist that he chose had only highlights, his performance was terrific and it was clearly shown that he gave up a lot of effort on this project and it wasn’t just a catch. 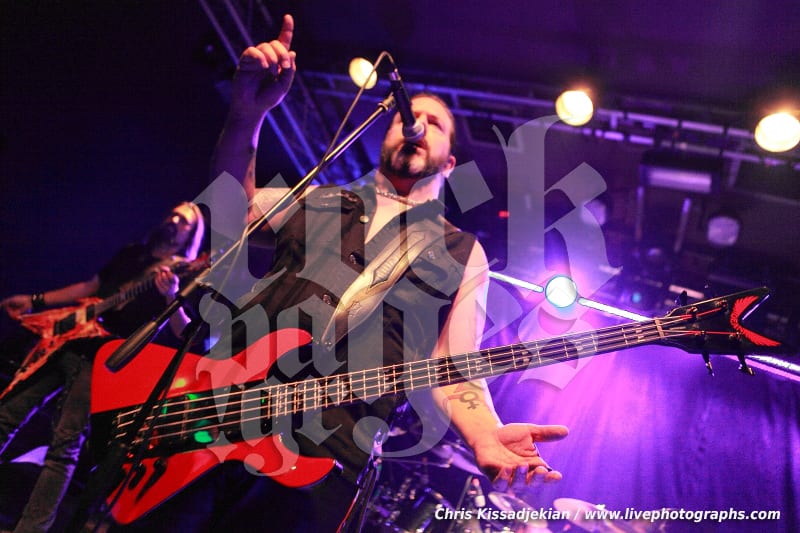 The positive of this night is that we watched a great show. The negatives are the disappointing attendance and the small duration of the headliner’s performance. I don’t know what they will choose to do in the future, but I doubt that anyone would take the risk to bring them back in Greece.

Setlist: Immortal Rites, Fall From Grace, Visions From The Dark Side, Blessed Are The Sick, Rapture, Pain Divine, Sworn To The Black, Eyes To See Ears To Hear, Maze Of Torment, Dominate, Where The Slime Live, God Of Emptiness, World Of Shit (The Promised Land) 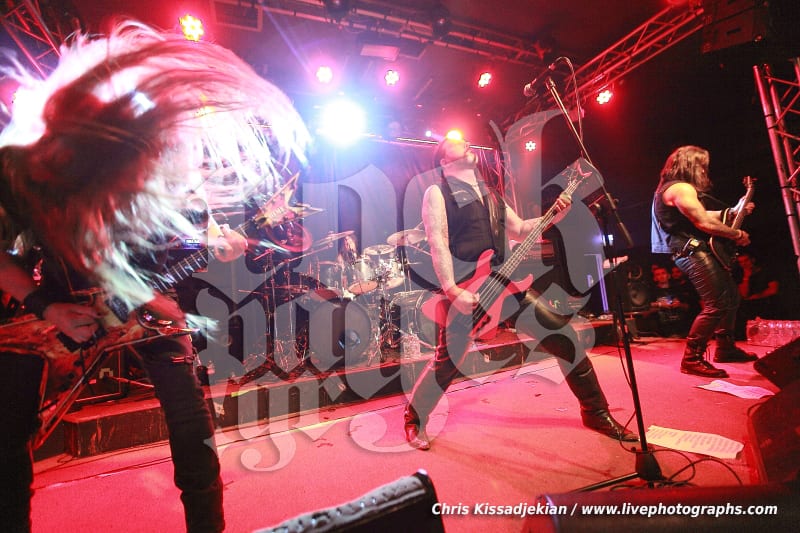