David Vincent, soon after he parted ways with Morbid Angel, formed I Am Morbid and is touring playing songs from their classic records. The chance of an interview could not be wasted and the internet call happened when he was somewhere outside of Bern, Switzerland. With good mood, but also laconic and diplomat, he told us about the tour and his future plans. Are You Morbid? 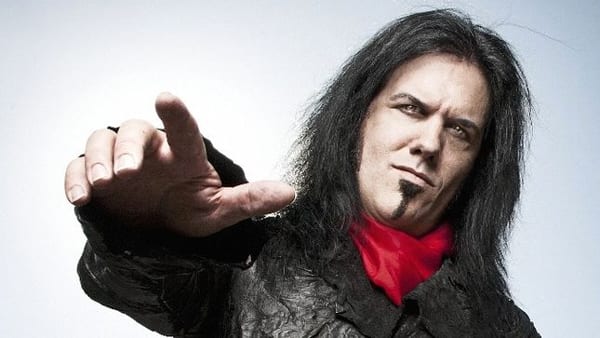 David Vincent: Hey, how are you doing man?

Rockpages.gr: I’m fine, thanks. How about you?

David Vincent: It’s a little bit of chaos today, but that’s what tour life is all about.

Rockpages.gr: Let’s go back a couple of years ago. Why did you leave Morbid Angel? And when did you come up with the idea of I Am Morbid?

David Vincent: That’s a really good question. Differences of opinion. In everything. It’s a really long story. The idea was before I left Morbid Angel. I know in my heart what needs to be done. It couldn’t be done in the way it was being done. So, this is where I am now.

Rockpages.gr: I’m asking because a lot of fans think that you are doing this just to relive the past, to maintain a status on the scene. The see other intentions into it.

David Vincent: What I think, is that this is important to me. I love my songs. And I want to perform them in my way. I put my life into this. 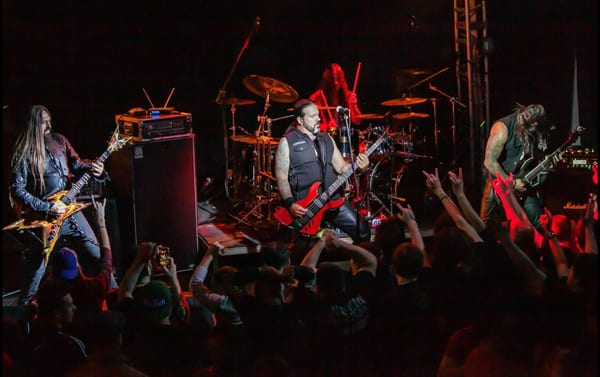 Rockpages.gr: Do you know what Trey thinks of it?

David Vincent: I don’t speak to him.

Rockpages.gr: Let’s talk about your new bandmates. Tim Yeung is an obvious choice, you played together before and he’s one of the best death metal drummers alive.

David Vincent: Yes, he is!

Rockpages.gr: Did you try to contact Pete for this? (Pete Sandoval, the father of the blast beat, amazing drummer and Morbid member for 25 years)

David Vincent: Pete is very busy with Terrorizer. He is very happy where he is right now. I spoke to him, not about this, he’s in a really good spot right now and I’m very happy for him. 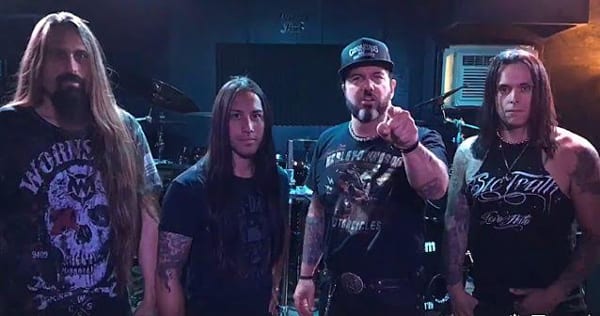 Rockpages.gr: How about Bill Hudson and Ira Black? They don’t have experience on death metal. Did you try to contact any previous Morbid members?

David Vincent: Good! I wanted people that I like and are good guitar players and they want to grow in a way I want to grow. I came up straight with these guys.

Rockpages.gr: How’s the tour going so far? How many shows have you played?

David Vincent: It’s a couple of weeks now. We started in Russia, that I have never played before. So, I was very excited about that. The shows are going well, people are happy and that’s the reason to do it. We have two more weeks to go.

Rockpages.gr: How do the fans react?

David Vincent: They love it. So many people come up me and thank me, telling me this is what they wanted and they are very happy that I’m doing this. There’s a lot of attention about it, the agents are getting lots of calls, there are a lot of opportunities.

Rockpages.gr: Anything strange happened on this tour? 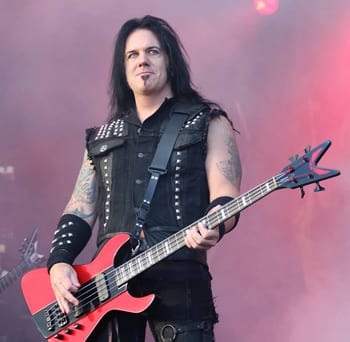 David Vincent: The police really like Ira for some reason. They see him and always pull him aside and question him. He looks a bit menacing.

Rockpages.gr: You all do.

David Vincent: But he looks even more menacing.

Rockpages.gr: Apparently, you’re playing songs from the first four albums. Nothing from the last one?

David Vincent: I’m playing one song from the last one.

Rockpages.gr: It was a controversial record. How do you feel about it today, six years after its release?

David Vincent: I think there’s some really good stuff on that record and there’s some stuff that are very strange. When someone comes in with music, it’s my job to do the best that I can. That’s what I did. I love my vocals. Some of the other stuff is a bit strange.

Rockpages.gr: These albums are iconic and barely have weak moments. Was it difficult to choose the setlist for this tour?

David Vincent: I’m going to continue to work on songs that I haven’t played in a long time. You can’t always do what you want to do in a band. Now I do everything I want to do. I play only songs that I wrote.

Rockpages.gr: Is this a full band or just a live act for now?

David Vincent: This is the first thing that we’ve done together. I don’t want to answer that question until I see that everybody is getting along good. Things change sometime when you are on tour. I’ve been working with Tim for eight years. I’m friends with Bill for many years now. When you’re in a studio rehearsing is a different thing than when you are on the road. There’s more stress and the comradery it’s not the same when you are relaxed. So far is being great, I’m not complaining. These guys are killing it. They perform very well, I like good musicians.

Rockpages.gr: You have also released recently a country album. Any plans on new music in general? Are there any other projects that you are working on right now?

David Vincent: I write music every day. I’m the new singer for The Head Cat now as well. (A rockabilly supergroup formed by Lemmy. David took his place after his death). As soon as I finish this tour, we’ll have four days to rehearse until the first shows.

Rockpages.gr: After almost five years you’ll play in Greece again. What do you expect of these shows? 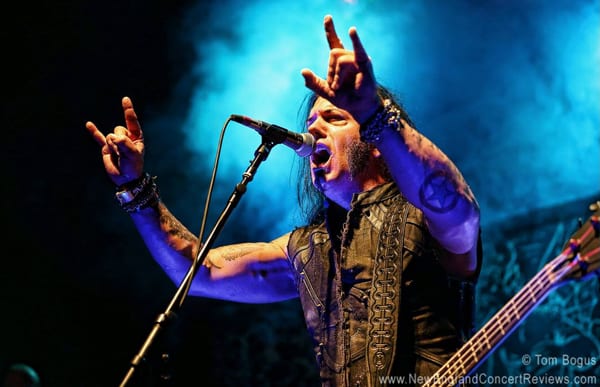