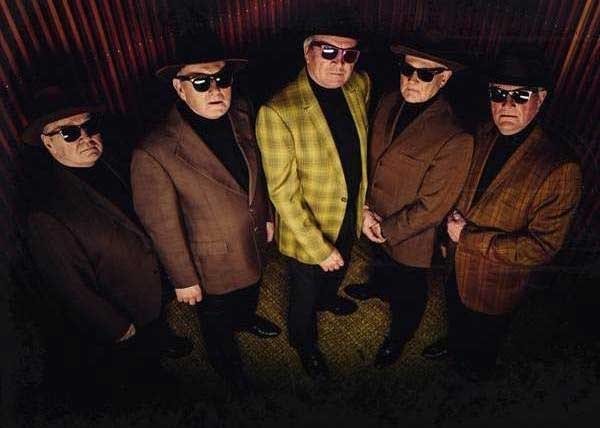 Ian Gillan will release a new album with his pre-Deep Purple band, The Javelins, on August 31st via earMUSIC. The 16 songs in the album, which is titled “Ian Gillan And The Javelins” features exclusively covers like The Contours’ “Do You Love Me”, Roy Orbison’s “Dream Baby (How Long Must I Dream)” , Chuck Berry’s “Memphis, Tennessee” and “Rock And Roll Music”, Jerry Lee Lewis’s “High School Confidential”, Buddy Holly’s “It’s So Easy!”, Howlin’ Wolf’s “Smokestack Lightnin'” and Ray Charles’s “What I’d Say”.  The material was recorded in Chameleon studios in Hamburg with Don Airey on piano. “The guys in the band, most of them tickled along at the occasional gig and they practiced, but most of them haven’t really played in any progressive way for 50 years or more — 55, 56 years now. Ian Gillan said TV Kaaos: “I prepared all the material with Steve Morris, my old partner from Liverpool — not Steve Morse; Steve Morris. And we sent the tapes, 16 songs, to each of the guys, and said, ‘Okay, practice like crazy for six weeks.’ And so we all met in the studio in Hamburg and we recorded 10 songs on the first day. And the whole 16 were recorded in two days, and then the solos and extra bits and pieces, a few mistakes, were repaired on a Wednesday, and then we did a video, and that was it. It was unbelievable.”

He continued: “I was listening to the rough mixes, before we put on the vocal backings, the girls, and the brass section, because a lot of those old songs, like THE COASTERS and Ray Charles, had brass sections on them, so we’re doing it authentically, augmenting the band. But, you know, because they hadn’t played professionally for 50 years, they didn’t evolve at all — they kept playing in the style which was in 1962, and consequently, when I’m listening to it, I think, ‘My God! This is so authentic. It sounds just exactly as it did in those days.’ It’s not musicians from today trying to do a retro version of those songs, which I’ve heard plenty of, and they’re always high production — there’s no breathing space; no nothing. It sounds, to me, just as I remember it.

“Of course, we’re all in our 70s, and we’re like a bunch of school boys in the studio,” he added. “We had a reunion a couple of years ago — at Christmas, we all went on a boat up the river Thames and had a fantastic night. And it was great — the old banter was still there, the jokes and the sense of humor. And it was wonderful — just truly wonderful. A great experience for these guys who have not been in a studio like that before. We did try another project a few years ago and made another set. So I think there were some nerves and some apprehension prior to the session, but by God, they went through it great. After every day’s work, we sat down, we had a meal and drank some beers together and just talked about things. It was great. It was certainly a fantastic experience.”