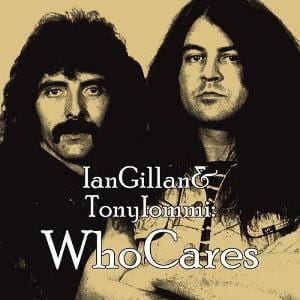 Those two monsters of rock come together not with new original material, but with a compilation of rare and ureleased tracks, that actually feature more stuff from the singer, than the guitarist. On the two CD’s of this compilation Ian Gillan gets the lion’s share with 11 tracks, while Iommi participates in three (the Who Cares ones, as well as “Zero The Hero” by Black Sabbath), and has another three. Maybe that’s reasonable, since Iommi’s career was far more stable than Gillan’s, with his role in Black Sabbath dominating, leaving little room for other activities. On the other hand Gillan’s “extra curriculum” activities are so many that it would take several compilations like this one to put all of them down.
Very special for our country, Greece, is the song “Getaway” from Ian Gillan’s collaboration with Greek artist, Michalis Rakintzis. It’s very cool to listen to an artist of Gillan’s caliber to work with a local artist, and it’s also very interesting for his voice to record such an usual kind of song. This is the first time this song is featured on a CD by Gillan, and let’s hope that more people will know about it now.
Iommi’s songs are pretty impressive with Glenn Hughes, another part of the Deep Purple family, that are rare previously released on the guitarist’s special edition albums. Glenn is just superb! Also very interesting are Gillan’s Repo Depo track, as well as an acoustic version of “When A Blind Man Cries”. Finally, for Deep Purple fanatics, and completists the closing track of the second CD is “Dick Pimple” a studio jam by the Steve Morse era of the band, which is rather typical of what’s going on when these guys get into a studio!