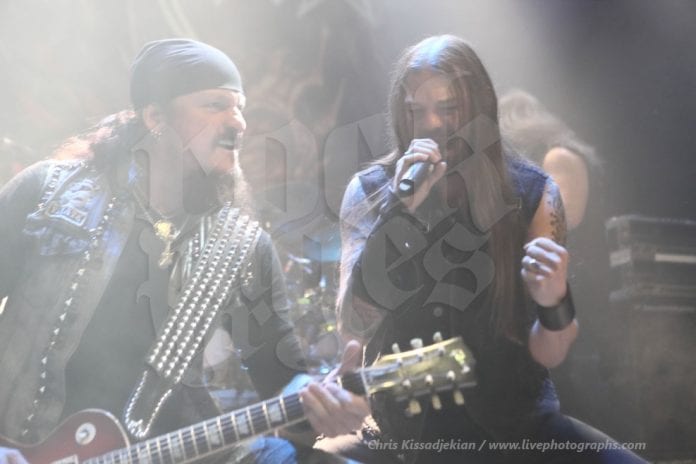 Some things won’t change and we are very lucky for that. One such thing is the undeniable fact that every single time Iced Earth sets foot in Greek soil the show is amazing and the fans have the time of the their lives. Last night’s performance in Athens couldn’t have been an exception to the rule and I am quite certain that we won’t ever experience any exception to that…non-negotiable Iced Earth rule! 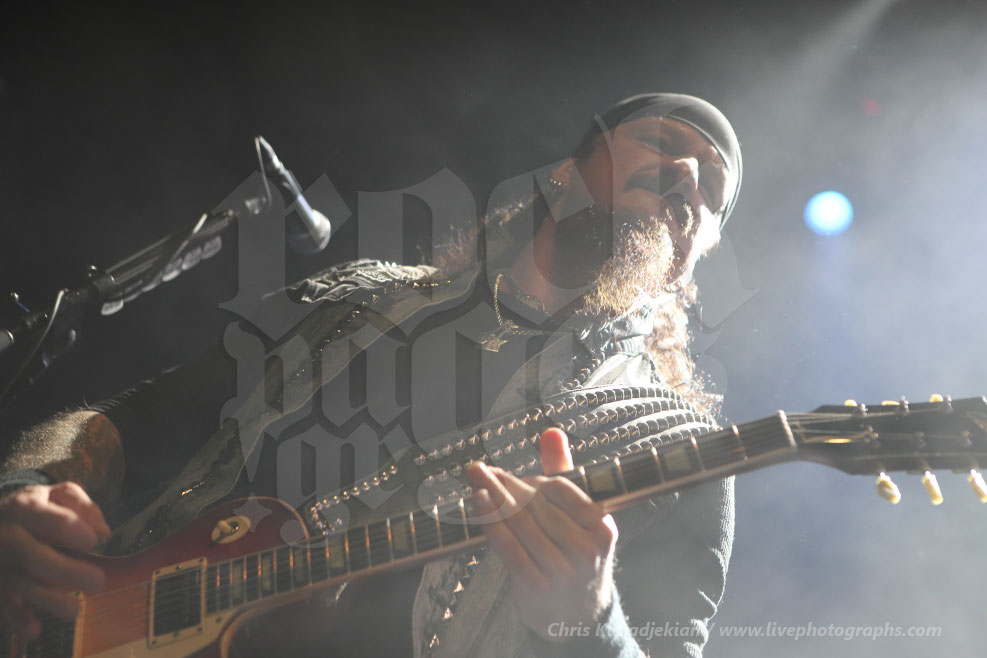 The view outside the Fuzz club was both disheartening and impressive! Disheartening because there was an endless line of fans and the cold was harsh. Impressive because it was yet another sign of how loyal are the Iced Earth fans in Greece that have gathered many hours before the start of the show early outside the venue. We must point down though that the timetable was kept intact and everything ran according to schedule.

The Greek traditional metallers opened the show and we must say that thy were quite good and proved to be an ideal warm up act as their epic/folk elements blended wonderfully with their old school music. The crowd applauded them and they even sang along in such tracks as “Midnight Rider” and “King In The North”. Highlight of their performance was the moment when the singer brought on stage a…bagpipe. Bon Scott, anyone…? 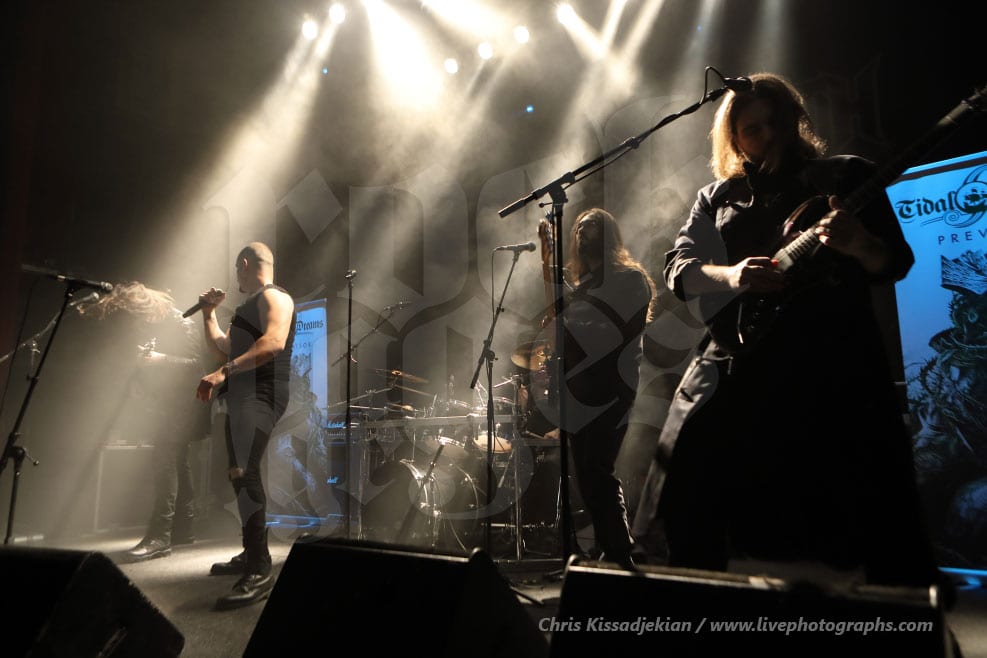 But the time has come for the mighty Iced Earth! At exactly 21:45 the first notes of “Great Heathen Army” rushed through the speakers of the Fuzz Club with the band making its entry and the fans going absolutely berserk! Right from the very start it was plain obvious that Iced Earth was on top form and they were clearly enjoying their time on stage (despite the fact that they were a little under the weather, as Jon said to us during an interview that we did with him before the show). This was meant to be a night to remember and Iced Earth proved us right! 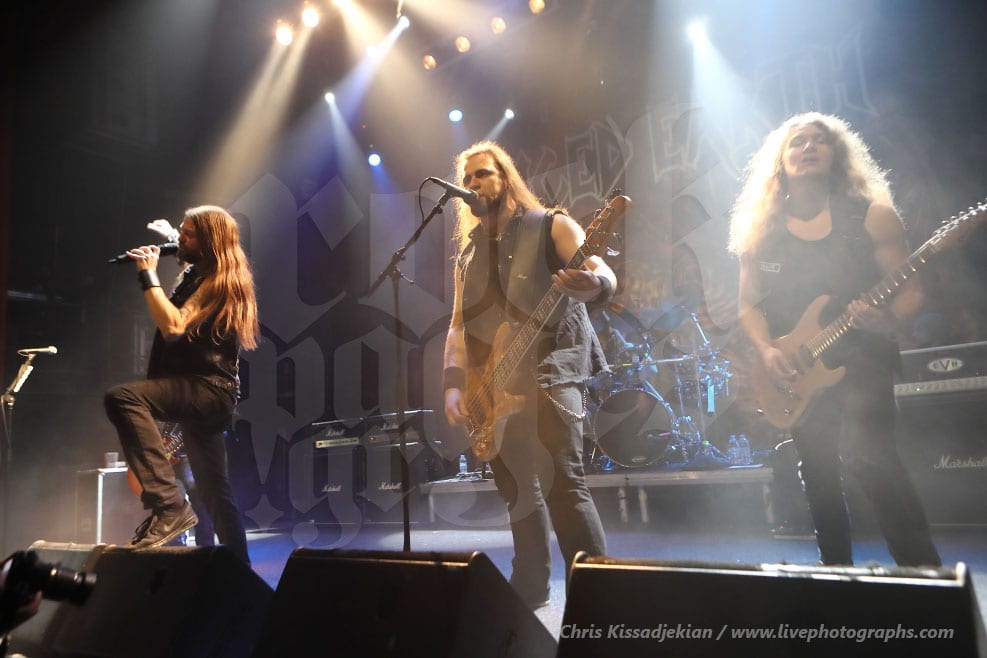 The timeless “Burning Times” is up next and the venue is on fire! The sound is crystal clear, the band tight as hell, Stu Block impressive and Jon Schaffer…well, if we had to use just one word that would be “unbelievable”. His rhythm guitar playing reminded us all that –together with James Hetfield- is the best…right hand in the heavy metal genre. Period!

The two-hour set satisfied everyone as it included songs from the early days, the glory years and the latter period (which is, also, glorious if you think about it)! So I am certain that the old guard of fans was ecstatic upon the sheer listening of such songs as “Last December”, “Travel In Stygian”, “Stormrider”, “Angels Holocaust”. The roar of the crowd was deafening in numbers like “I Died For You”, “Vengeance Is Mine”, “Watching Over Me” (dedicated to the late Warrel Dane). From the great, latest studio album “Incorruptible”, Iced Earth chose to play “Black Flag”, “Raven Wing”, “Brothers”, “Seven Headed Whore”, “Clear The Way” (My God, what an anthem!) and the aforementioned “Great Heathen Army”  while it didn’t fail to deliver the goods during “Dystopia” and “Dracula”. Clearly the biggest surprise was after the end of the encore when Iced Earth didn’t leave the stage and performed an impromptu version of “The Hunter”!

Iced Earth was, is and always be a rare, timeless asset! This was an extraordinary show and all we can add is that we will always be there supporting this band in the years to come. Thank you, guys! 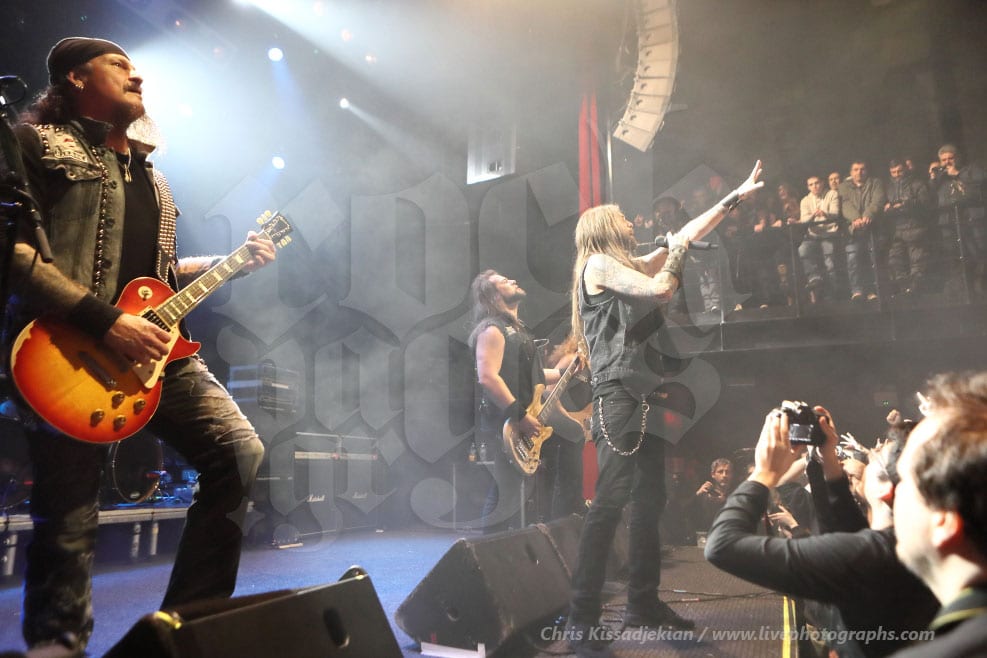